Eight stadium events will hold morning session finals, a first at the Olympics since 1988. The first is the women’s 10,000m on the first day of track and field competition on Friday, Aug. 12, one week after the Opening Ceremony.

Emma Coburn is also a rising threat in the 3000m steeplechase. Coburn was the third-fastest woman in the event this year. The U.S. hasn’t won an Olympic steeplechase medal since 1984.

The U.S. went one-two in the men’s triple jump in London, with Christian Taylor and Will Claye.

Gia Lewis-Smallwood was the second-ranked woman in the discus this year.

Michael Tinsley is the reigning Olympic and World silver medalist in the men’s 400m hurdles.

The men’s 400m hurdles is the event that Olympic decathlon champion Ashton Eaton focused on in 2014. Eaton is expected to return to the decathlon in 2015.

Eaton was the ninth-fastest man in the 400m hurdles in the world this year and second-fastest among Americans, behind Tinsley. Three U.S. men can make the Olympic team in the 400m hurdles, which is not one of the 10 decathlon events.

In 2012, the 400m hurdles final was two days before the start of the decathlon.

In 2016, the 400m hurdles final will be on the same day as the second and last day of the decathlon. If there was any, tiny chance that Eaton could have considered trying the 400m hurdles in Rio, that now appears out of the question.

The eight morning stadium finals are split evenly between men’s and women’s and track and field events.

There is at least one final during each of the six morning sessions in the stadium.

The five road races — men’s and women’s marathon and 20km walks and men’s 50km walk — will also be in mornings.

Rio de Janeiro is one hour ahead of Eastern Time during the summer.

“Staging finals in the morning was done at the request of the Rio LOC [local organizing committee] and the Olympic Broadcasting Service, supported by the International Olympic Committee,” IAAF Competitions Director Paul Hardy said in a press release last month. “Having finals in the morning will also ensure that we receive maximum visibility for athletics at the Olympics across all time zones.

“Our prevailing view was that the leading distance runners will welcome this change to the athletics program at the Olympics as they will often have competitions throughout the year in the morning, such as road or cross-country races, and so will be accustomed to this timing.” 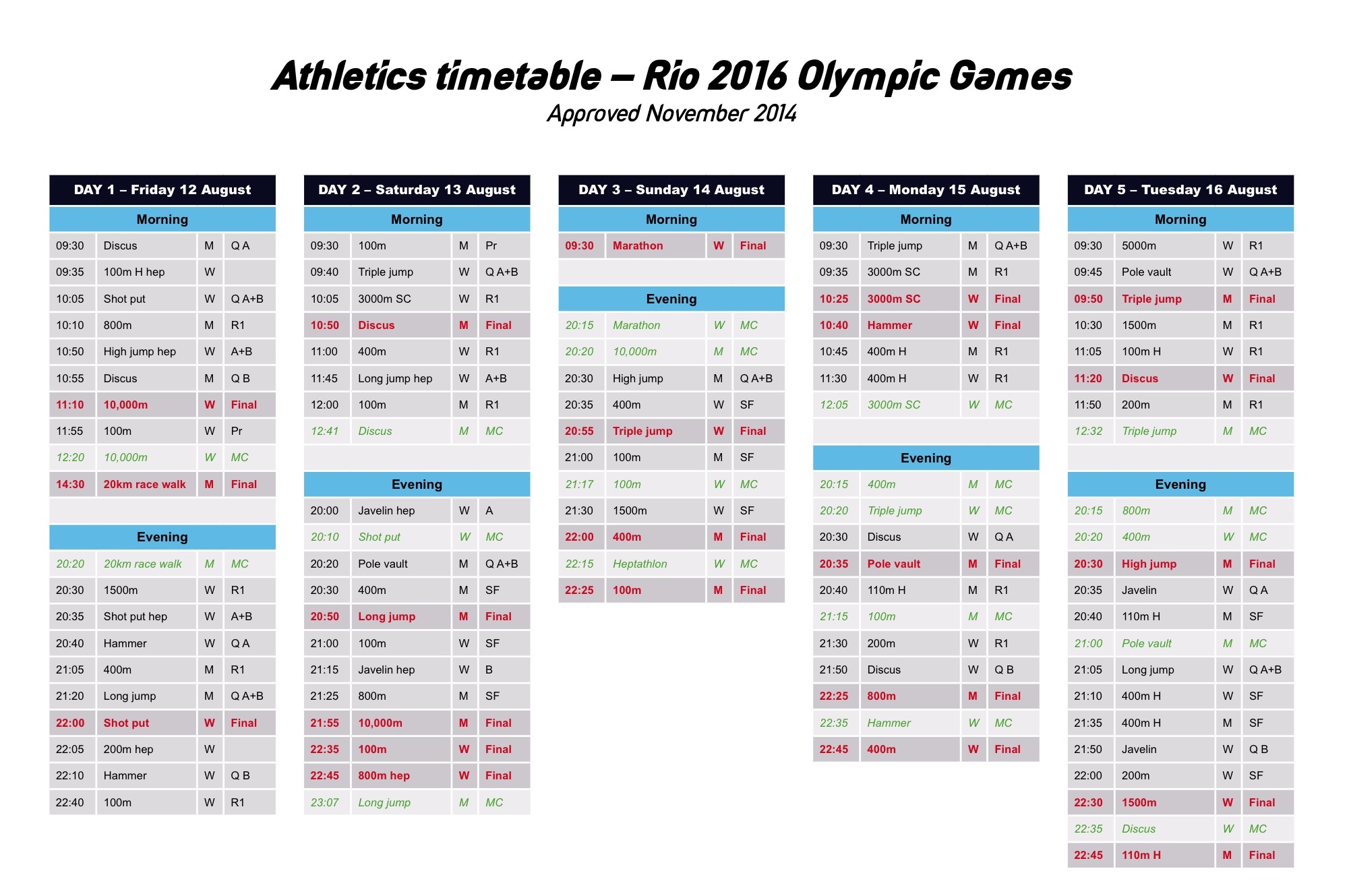 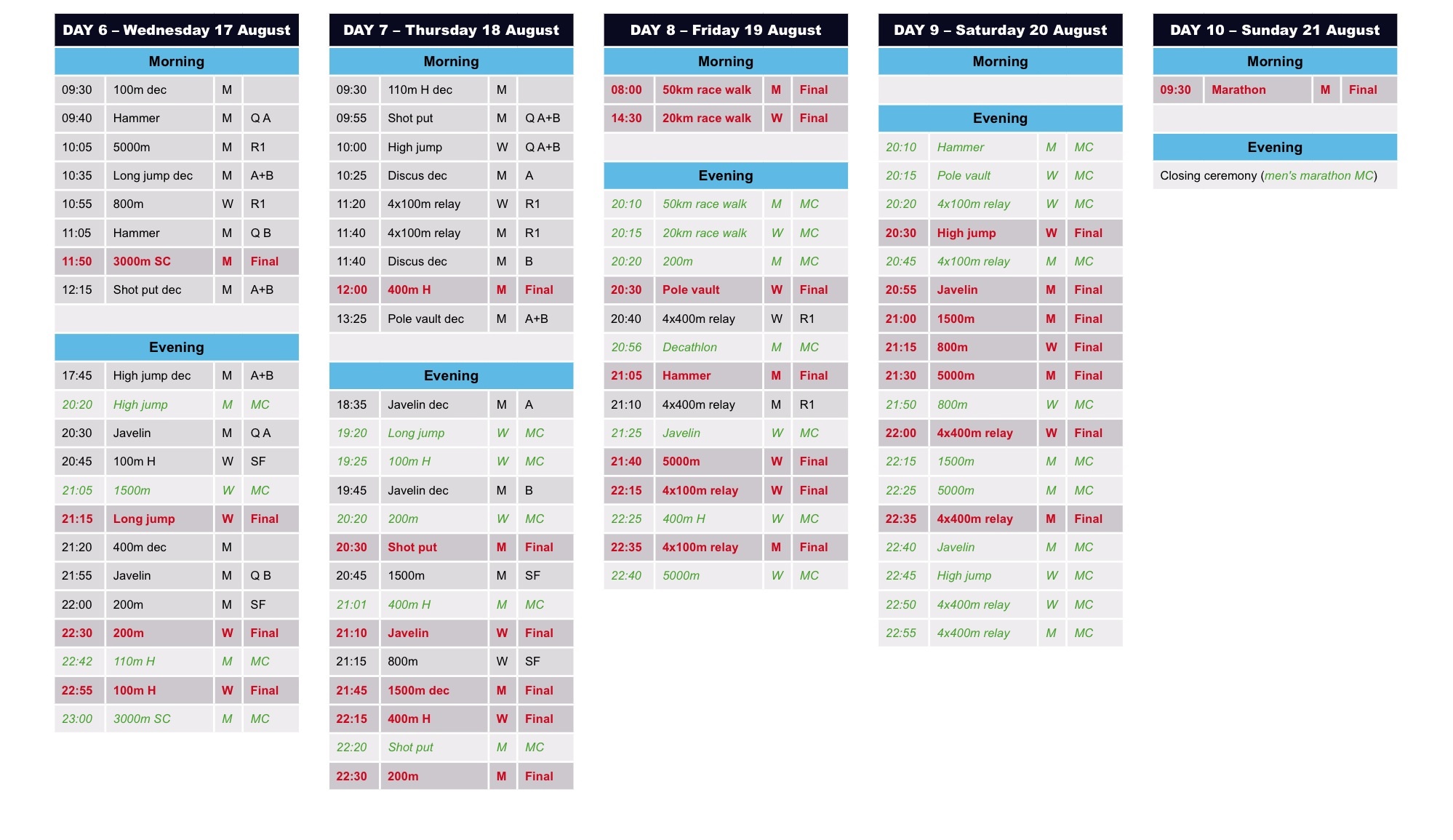