The Boston 2024 Olympic bid concept — but not final plan — includes 28 of 33 sports venues in a 10km (6.25-mile) radius, but organizers are also looking at other parts of the state.

“This truly is going to be a regional Games,” Boston mayor Marty Walsh said Friday morning, a little more than 12 hours after the U.S. Olympic Committee chose Boston as its 2024 bid, over finalists Los Angeles, San Francisco and Washington, D.C.

The Boston Herald published a map of preliminary proposals for 2024 Olympic venues here, some of which were repeated by Boston officials Friday — such as the marathon finish and beach volleyball venue being across the street from each other at Boston Common and a temporary Olympic Stadium. Also mentioned was making Franklin Park a “world-class golf venue” and possibly hosting soccer — and perhaps more sports — at the New England Patriots’ and New England Revolution’s Gillette Stadium.

Walsh also named other parts of the state that could host events — Cambridge and Somerville, which are within a few miles of Boston, and Lowell, which is about 30 miles away.

A final bid plan will be submitted to the International Olympic Committee by September.

As for Boston’s chances in a 2017 IOC vote (should it make it that far) to award the 2024 Games against international cities including Rome, Berlin or Hamburg and possibly Paris and a South African bid?

USOC chairman Larry Probst expressed optimism compared to the last U.S. bid, Chicago’s failed effort for the 2016 Olympics in 2009, when the USOC’s relationship with the IOC was “not terrific.”

“There were some issues, some challenges between the USOC and the IOC [in the past],” Probst said at the press conference at the Boston Convention and Exhibition Center. “I think we worked diligently to resolve those issues. I think the relationship between the IOC and the USOC is far more positive now than it was six or seven years ago.”

Probst and USOC CEO Scott Blackmun also said what put Boston ahead of the other three U.S. finalist cities Thursday after what Probst called “the most agonizing decision that we have ever made as a board.”

The prevailing factors were an athlete-centric, cost-effective and cost-efficient concept that harmonized well with Boston’s long-term vision, included the city’s universities and fit with Agenda 2020, the IOC’s measures approved in December that include reducing costs in the bid process.

Walsh spent Thursday in his office, waiting for the USOC’s decision and looking at the caller ID every time his office phone rang. He finally saw a Colorado number.

“I picked it up, and I knew instantly,” said Walsh, adding he later received more than 100 text messages from people expressing excitement. “I knew that what we had achieved, what we thought was impossible, was reality.”

Boston’s ties to the Olympics

Here are early Boston 2024 renderings courtesy of the organizing committee: 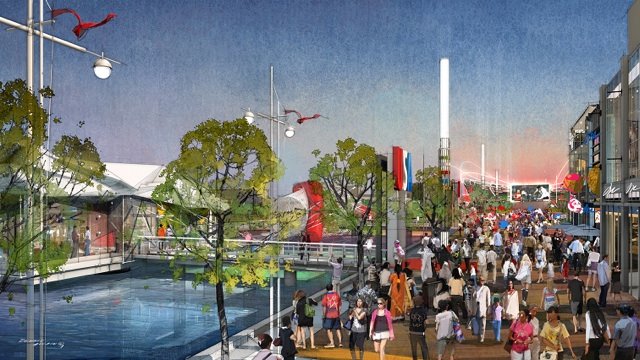 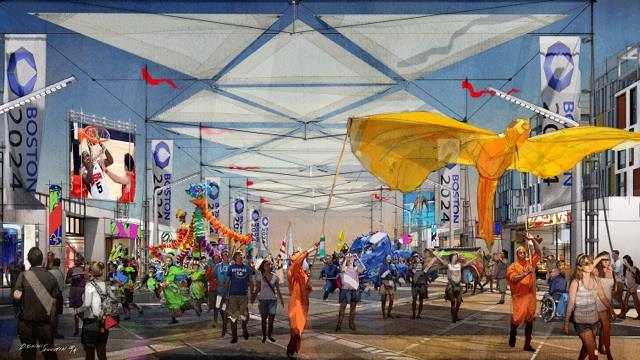