Bowe became the first woman to sweep the races since Germany’s Monique Garbrecht-Enfeldt in 2003, according to Infostrada. Full results are available here.

“I didn’t really think about it race by race,” Bowe told Dutch outlet NOS. “A bit surprised with the 500s, but each 500 I’ve skated this year I’ve gotten better and better.”

The entries did not include the 2014 World Sprint Championships gold and silver medalists, Yu Jing and Zhang Hong of China, or 2010 World Sprint champion and 500m world record holder Lee Sang-hwa of South Korea.

Bowe capped a fantastic season. The former Florida Atlantic basketball player also won World Single Distance Championships in the 1000m and 1500m, with a silver behind Richardson in the 500m in the Netherlands in February.

Bowe’s best finish at her Olympic debut in Sochi was eighth. The 2014 U.S. Olympic long-track speed skating team had a top individual finish of seventh, failing to win a medal for the first time since 1984. 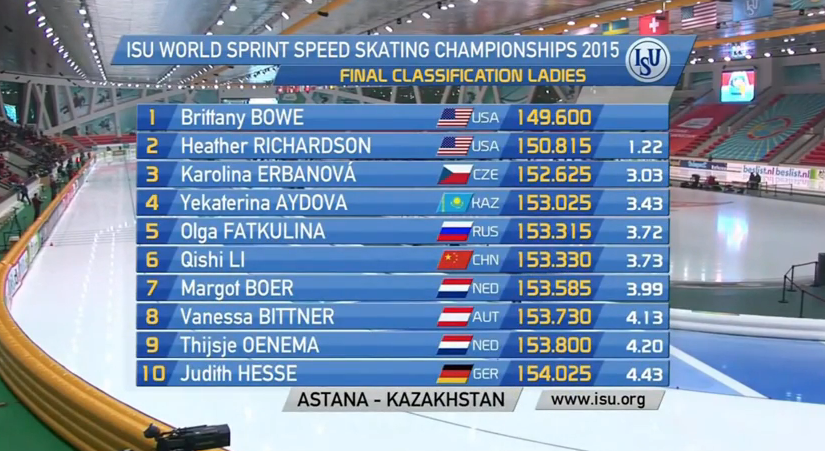