Jorgensen debuted the headgear at the World Triathlon Series event in Yokohama, Japan, on Saturday. The 2012 Olympian won her record-extending ninth straight WTS race and is a heavy favorite to win the U.S.’ first Olympic triathlon gold medal next year.

Jorgensen resides in St. Paul, Minn., (when not training in Australia or Spain) and competed for the Wisconsin Badgers in track and field, cross-country running and swimming before turning to triathlon.

The next World Triathlon Series race is May 31 in London.

Jorgensen blogged about her experience in Japan and her new helmet:

You may have noticed I had a few new accessories at Yokohama, my favorite being a new helmet design. A few weeks ago, Red Bull mailed me a newly designed Specialized Evade helmet. It is one of the neatest things I own and means so much to me because it tells a story about where I come from. On one side of the helmet is Bucky Badger (Go UW Badgers!) catching monarch butterflies. The monarch butterfly is Minnesota’s state insect. On the other side is Paul Bunyan and Babe the Blue Ox. Paul Bunyan is American Folklore. He traveled around Minnesota, and each one of his footsteps is said to have created one of Minnesota’s 10,000 lakes. He is also known for eating huge stacks of pancakes. I couldn’t be happier to carry pieces of my Minnesota home with me everywhere I go, thanks to Red Bull. I also raced in new running flats: ASICS Tartherzeal 3. They are lighter than my previous race shoes and have more grip (which proved to be VERY useful in the rain!)

Here are images of Jorgensen’s helmet, via witsup.com: 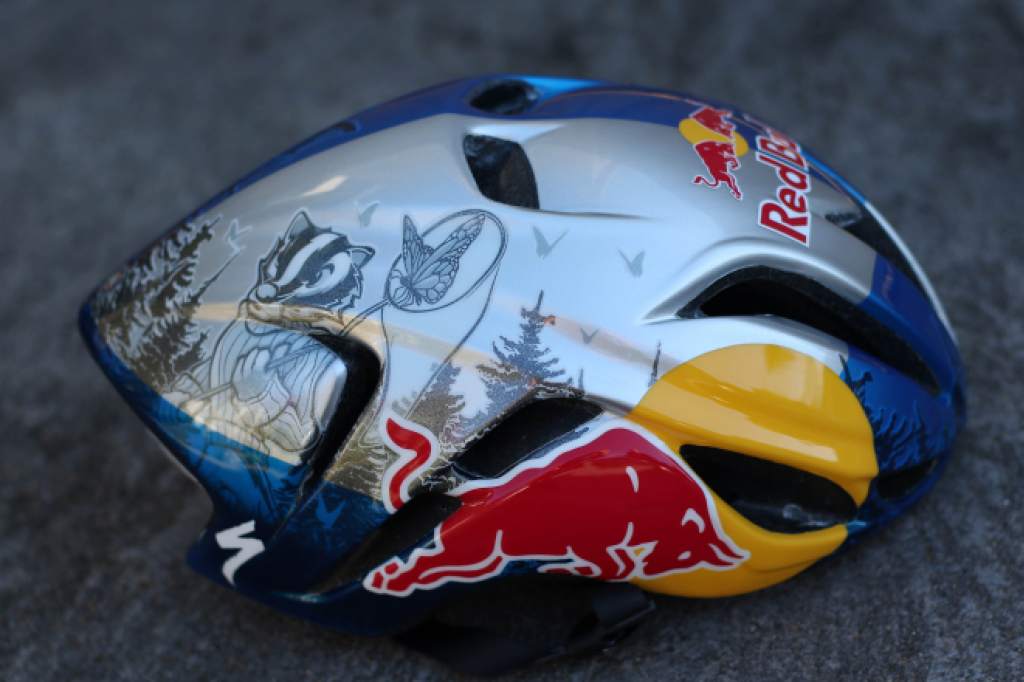 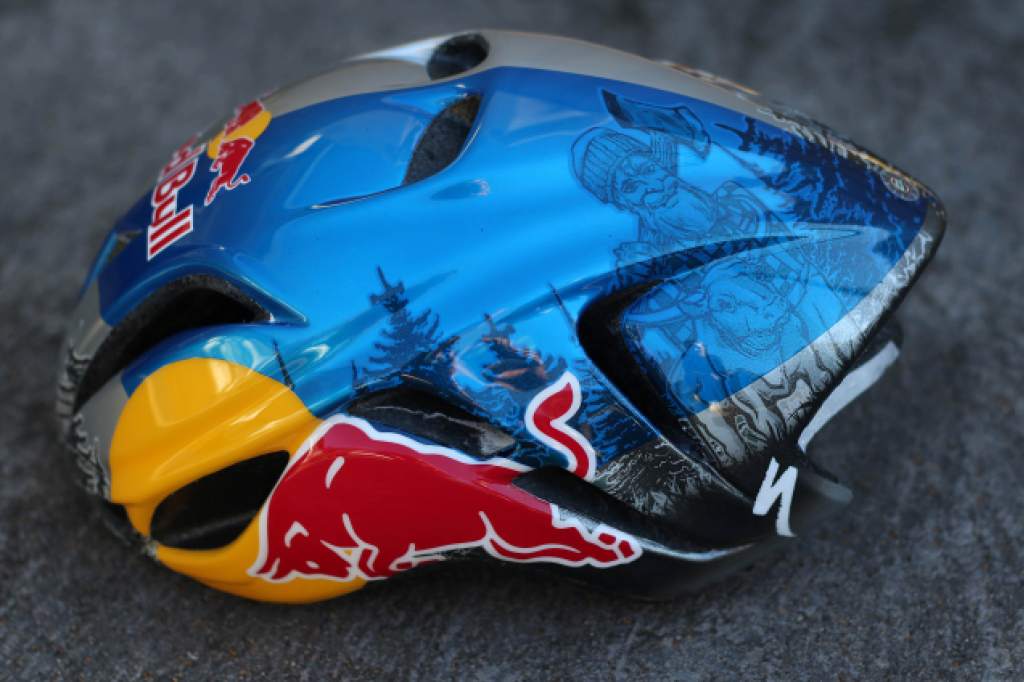 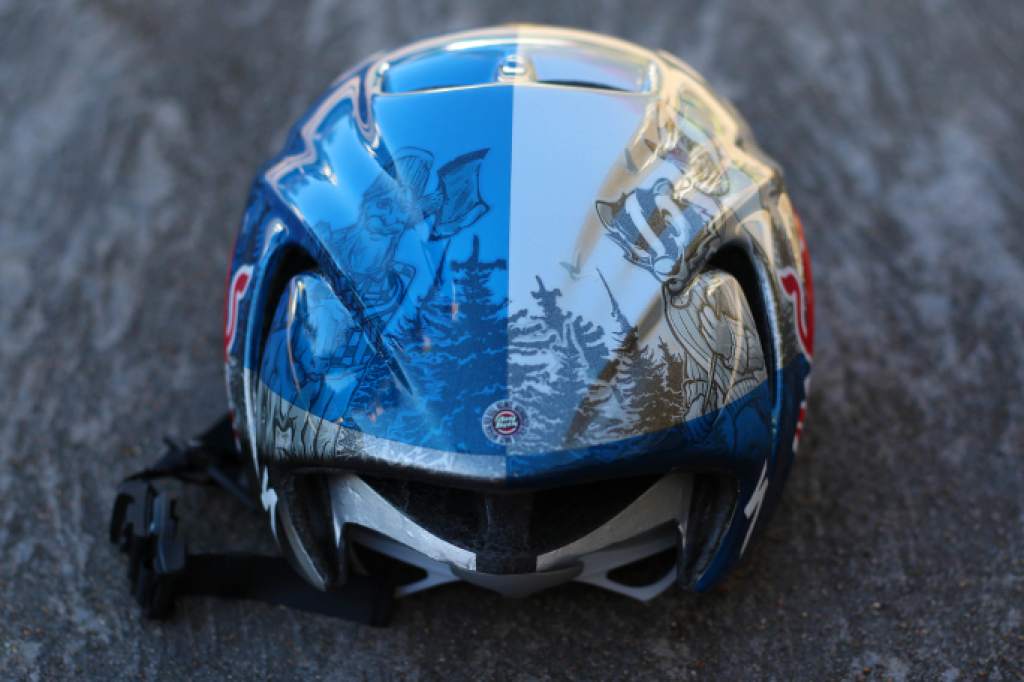