Boston 2024 organizers unveiled a $4.6 billion updated version of its Olympic bid plan Monday, one day before the U.S. Olympic Committee’s board of directors will discuss the bid at a meeting.

The revised bid plan — with documents available here — includes changes to about half of the 32 proposed Olympic venues from the original plan, according to The Associated Press.

Boston 2024 organizers have said the bid will only continue if a majority of people in Massachusetts and in Boston support the bid in a statewide referendum proposed for November 2016. Recent polls have shown support falling short of 50 percent.

The deadline for 2024 Olympic bids to be submitted is September. International Olympic Committee members will vote to choose the 2024 Olympic host city in 2017.

The revised plan includes many unchanged items from the original plan, such as an emphasis on a compact Games with two main clusters — Waterfront and University clusters — though the new version now includes more of the state of Massachusetts.

“Boston 2024 remains committed to a plan that finances the venues and operations of the Games entirely with private funds,” organizers said in a press release.

“The critical issue that everyone asks is, ‘Can we run a privately funded Games with a surplus?'” Boston 2024 chairman Steve Pagliuca said. “There’s been a fair amount of doubt about that given different Olympic experiences, but I think we’re going to change the environment.”

Here are graphics from the Boston 2024 version 2.0 plan released Monday: 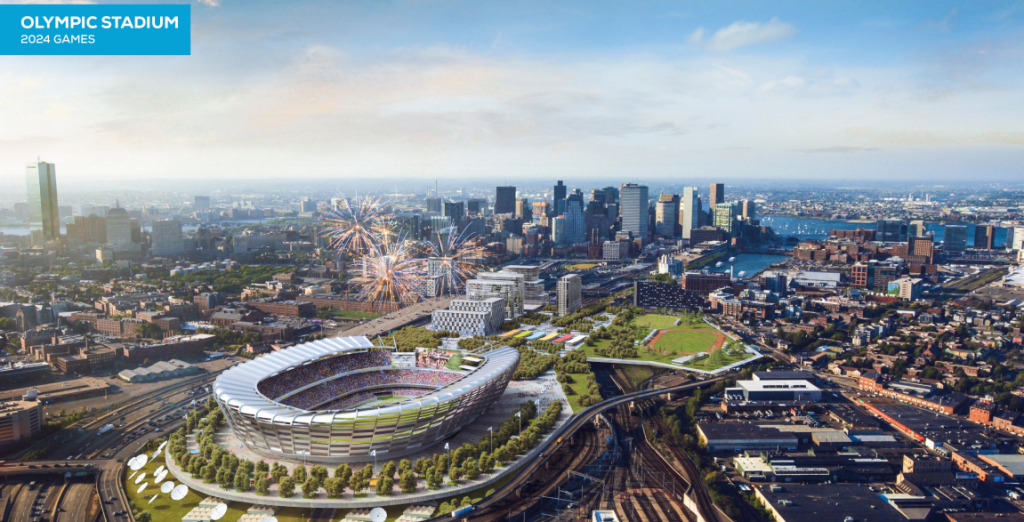 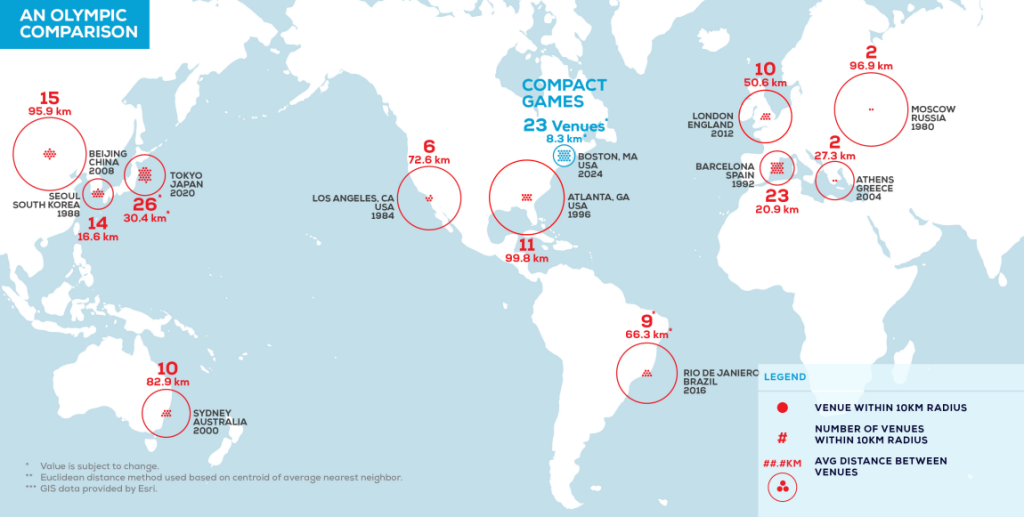 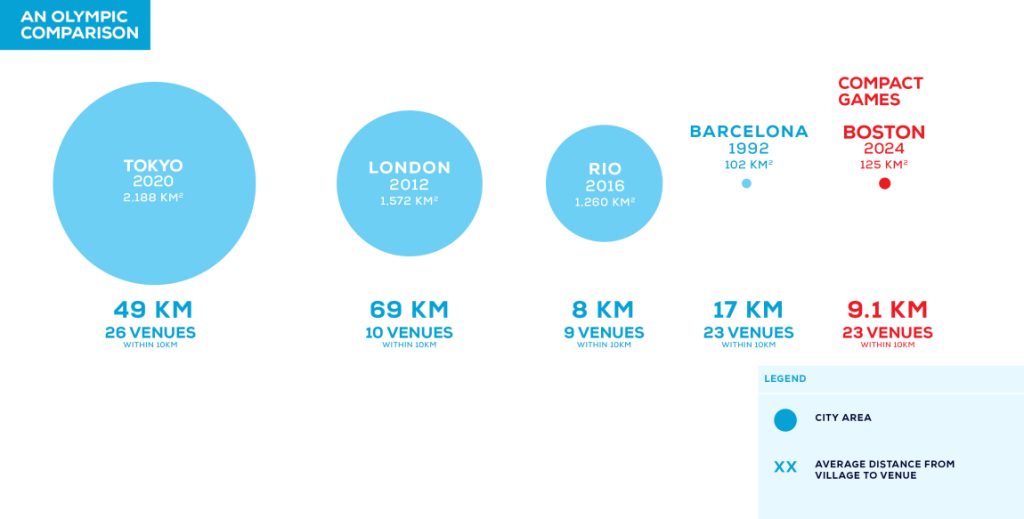