Panama’s Rolanda Bell suffered an unfortunate fall, head first into a water pit, in the 3000m steeplechase heats at the World Track and Field Championships in Beijing on Monday.

“I’m very disappointed because I had never fallen before,” Bell said after the race, according to the Huffington Post. “I do not know if it was nerves, but my feet were out of place and missed the jump.”

Bell finished in last place and failed to advance to the final.

Here’s video of the splash landing.

Here are photos via The Associated Press and Getty Images: 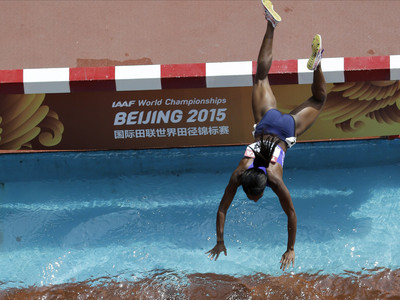