The company whose Tokyo 2020 Olympic Stadium “bicycle helmet” design was scrapped in July, after its predicted cost nearly doubled to a record $2 billion, recently published a video detailing a revised but similar stadium plan it hopes will be approved.

The 23-minute video with design renderings is here.

A competition for a new stadium design would be held within six months with plans to finish the stadium by spring 2020, according to the Wall Street Journal in July, which cited Japan’s sports minister. The new budget ceiling for a stadium is 155 billion yen ($1.3 billion), according to reports.

“To start the design from scratch is an unnecessary risk, which we think the government should reconsider if its aim is to achieve a lower price than 252 billion yen (more than $2 billion),” a narrator said in the video. “We understand the need for the government to undertake a new process to get a better price, but it should not take an unnecessary risk on the design, and it will get more for the taxpayers’ money by retaining the current design.”

The new version would keep the same number of seats — 80,000 — with construction starting in February 2016 and the potential to be ready for the 2019 Rugby World Cup in Japan.

Photo renderings released by Zaha Hadid are below. 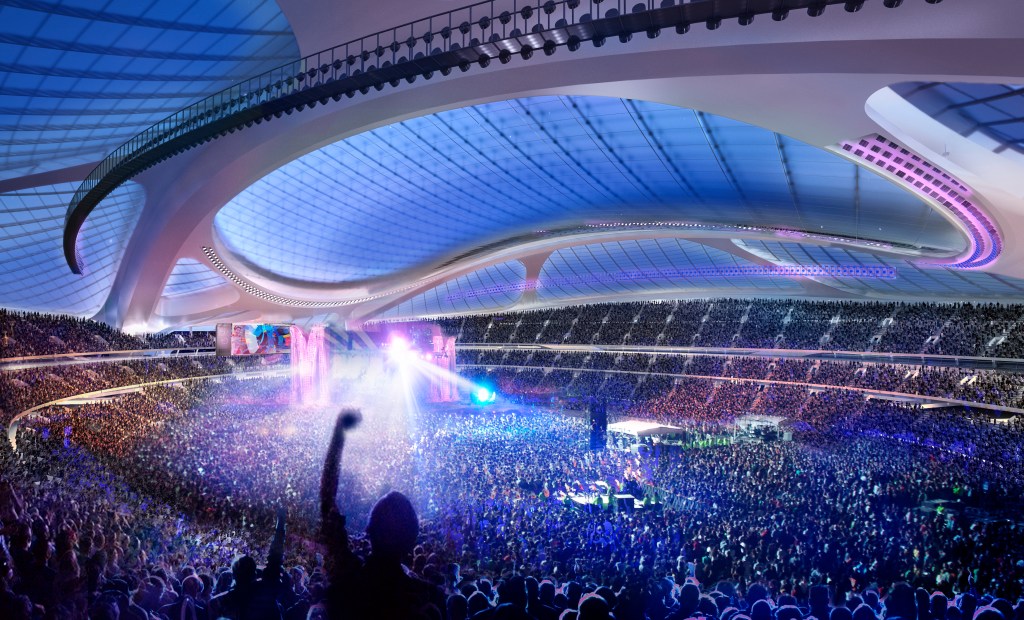 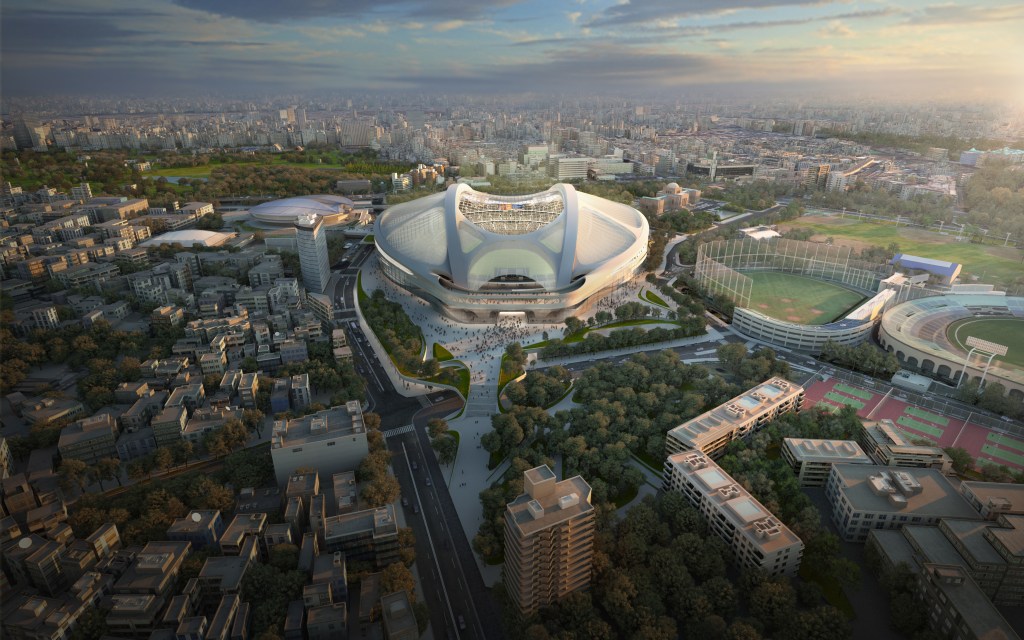 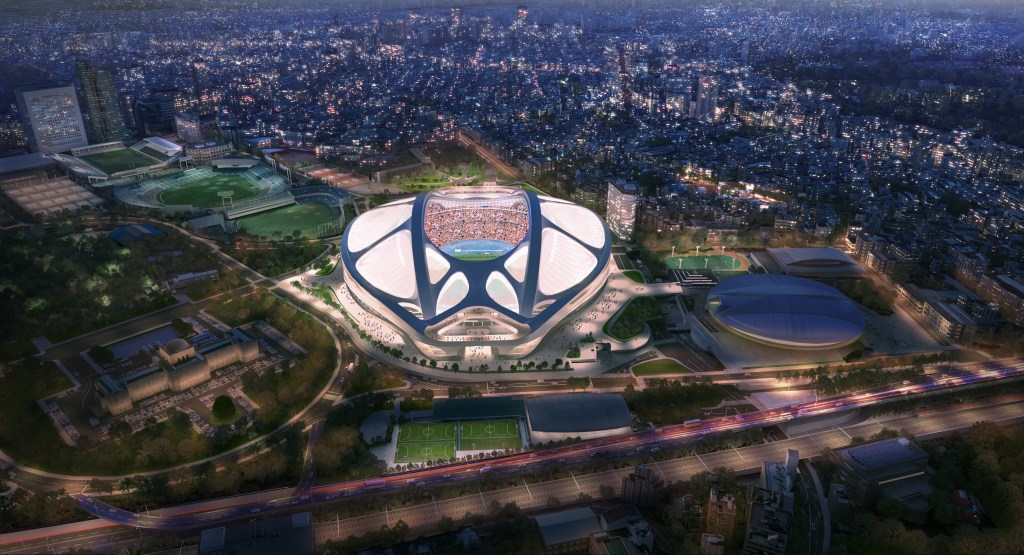 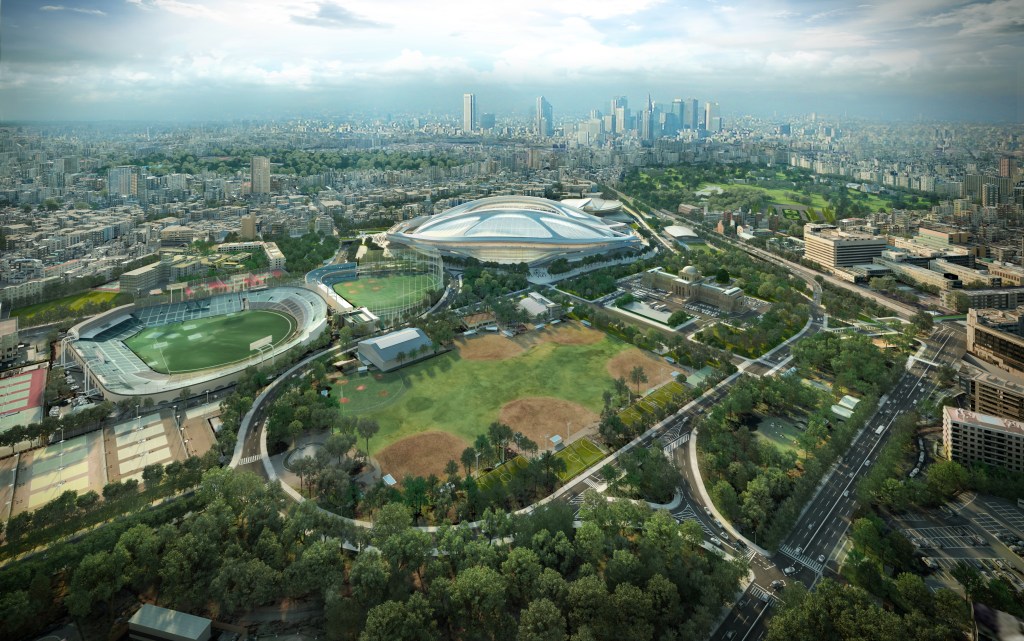 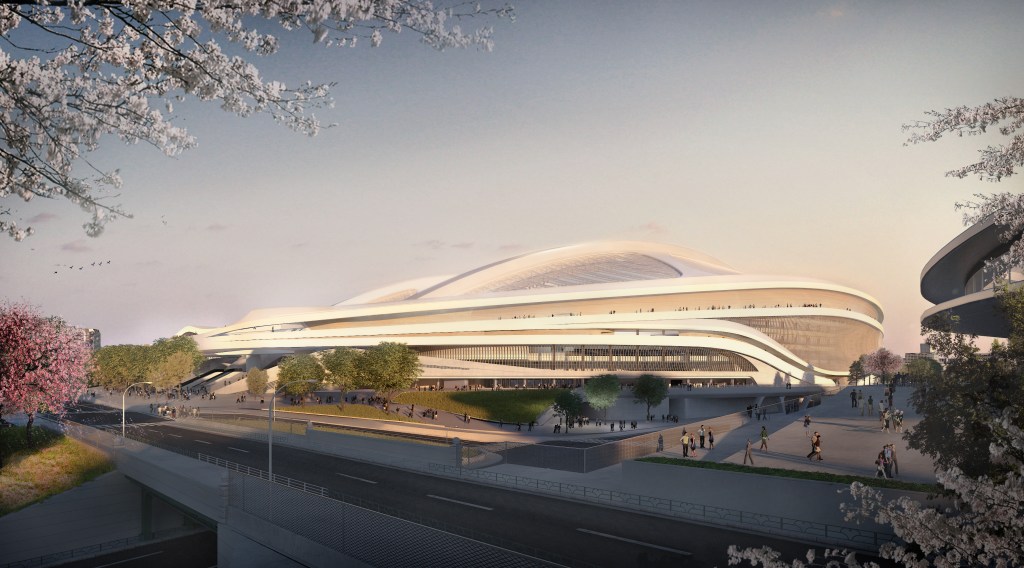 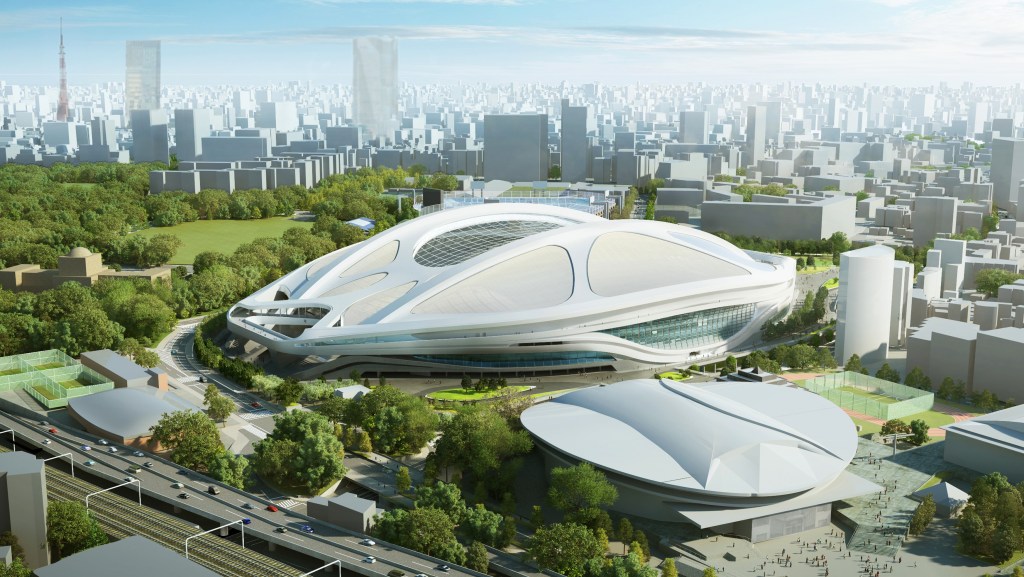