FORT LAUDERDALE, Fla. — Beach volleyball players are known for their leaping ability, but two of the world’s best teams reached new heights in an exhibition on a helipad.

“I can’t imagine that had ever been done before,” said Dalhausser, a 2008 Olympic champion.

The helipad “match” took place Wednesday less than an hour after the two teams played an authentic, three-set match on the sand during pool play at the FIVB World Tour Finals. Dalhausser and Lucena won the FIVB match and then took a well-deserved dip into the ocean before jumping into a van for a short drive to the Downtown Fort Lauderdale Helistop.

“We were exhausted,” said Lucena, who can be seen sprawled on the concrete in one of the photos below. “We were just trying not to fall off the edge.” 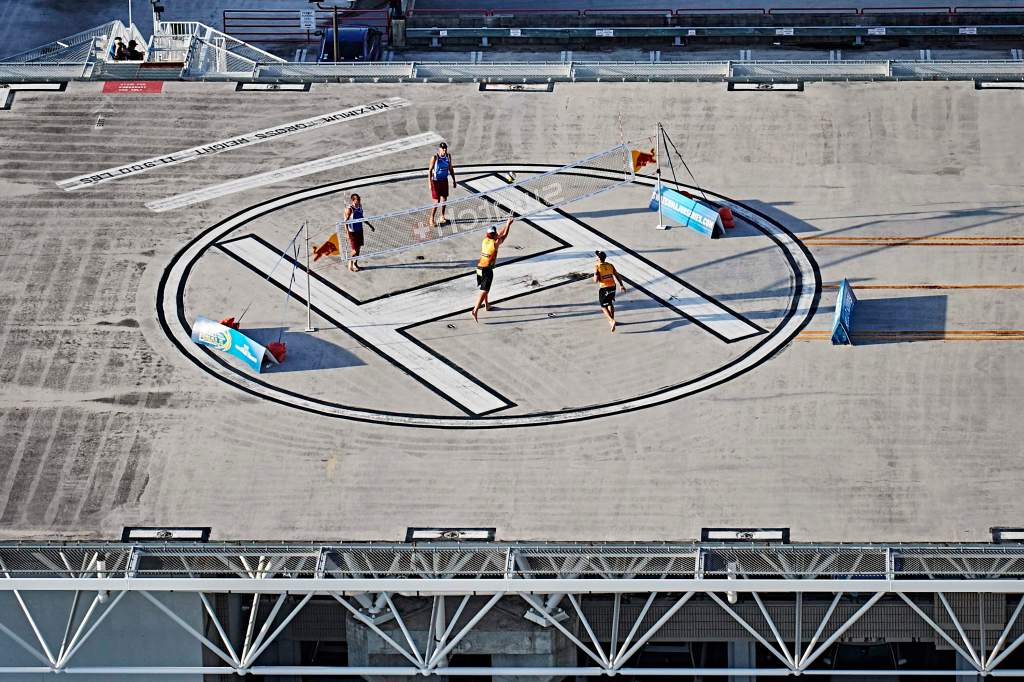 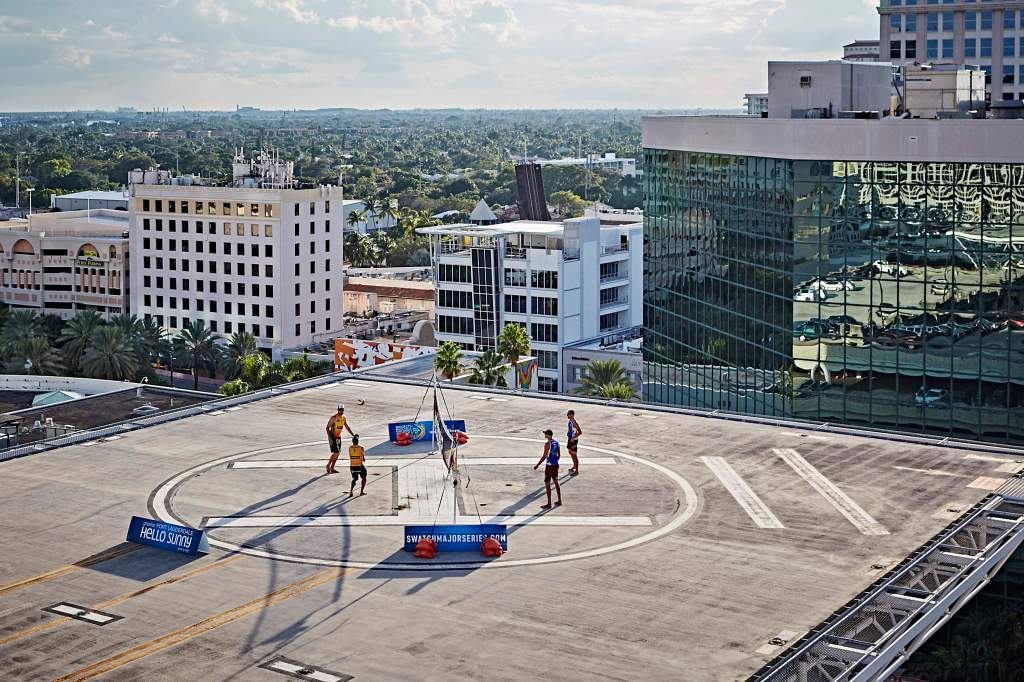 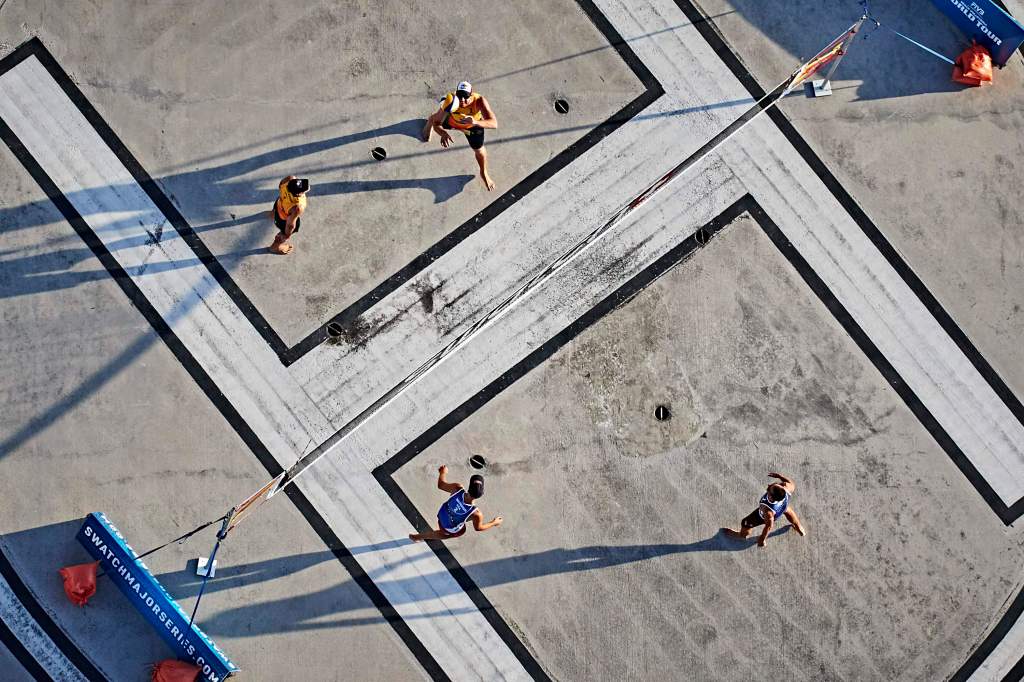 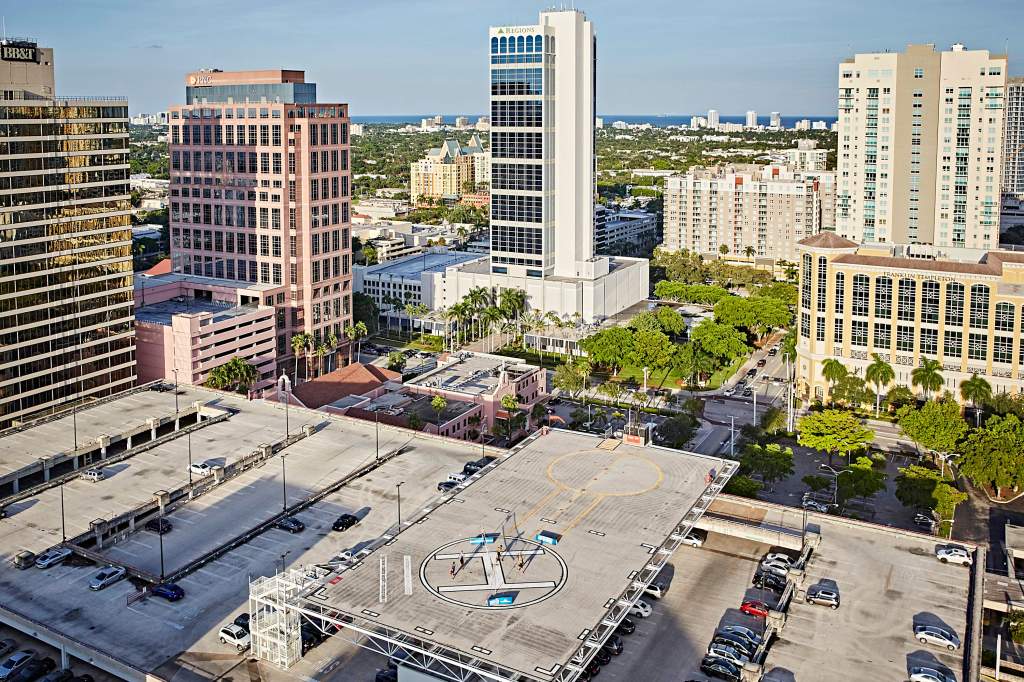 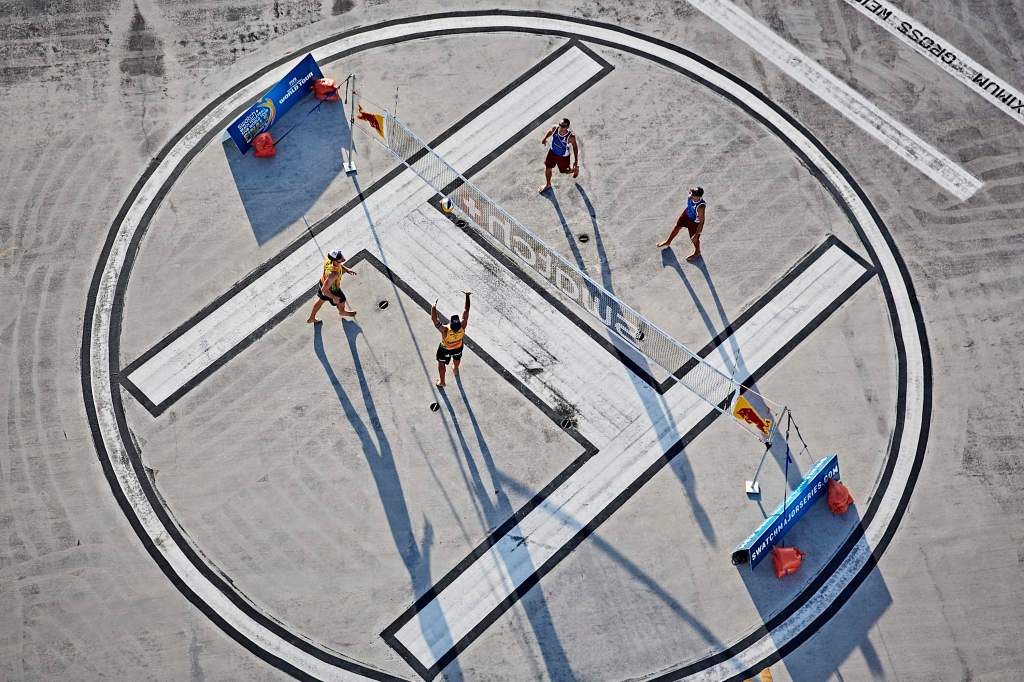 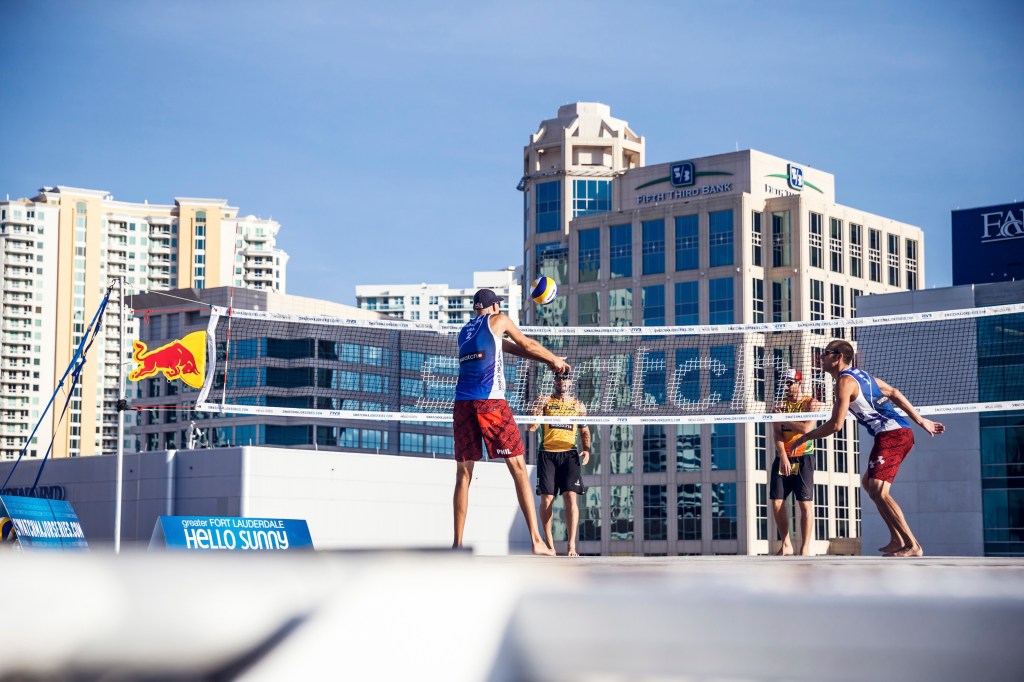 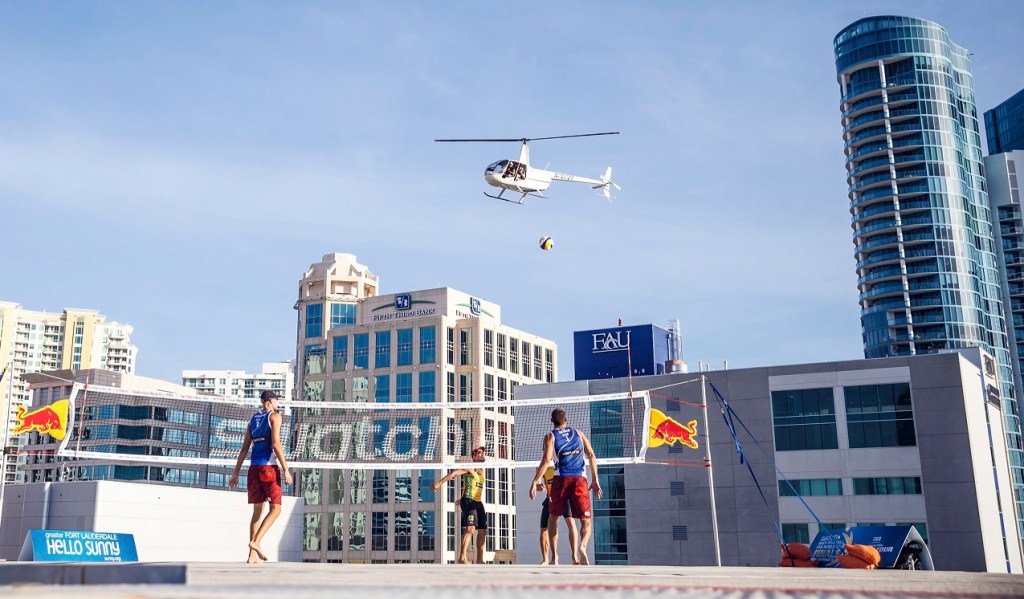 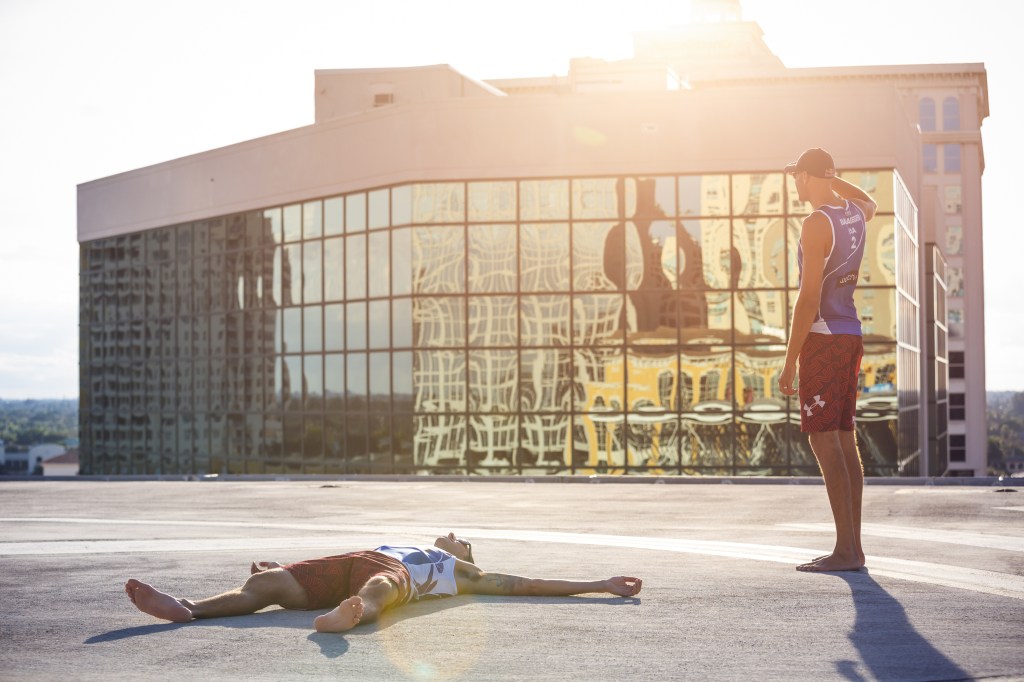