U.S. swimmer Jessica Hardy hopes to make her second Olympic team next year, but she knows it could have been her third trip to the Games.

Hardy delves into her career in “Swimming Toward the Gold Lining,” an autobiography published in October and available here.

In 2008, Hardy qualified for her first Olympics in the 50m freestyle, 100m breaststroke, 4x100m freestyle relay and the 4x100m medley relay.

She learned two weeks after the trials that the second of her three drug tests at that meet came back positive due to the trace presence of the banned stimulant clenbuterol.

Hardy spent much of the next four years in litigation trying to clear her name. She withdrew from the 2008 Olympic team and eventually determined that a supplement she took had been contaminated.

In 2009, a U.S. arbitration panel ruled in her favor, finding no evidence that Hardy intended to cheat, though she was at fault for negligent use of the supplement. Her ban was reduced from two years to one, and she returned to competition later that year.

Hardy made the 2012 Olympic team, shortly after settling another case with the supplement manufacturer, and in London earned gold in the medley relay, bronze in the 4x100m free relay and finished seventh and eighth in two individual races.

Now 28, Hardy was the second-fastest U.S. woman in the 100m breaststroke in 2015 and finished 10th in the event at the World Championships in Kazan, Russia, in August.

Here’s an excerpt from Hardy’s book detailing what happened in 2008:

Everything came crashing down on Monday, July 21. That morning I woke up and went to train for two hours with Dara [Torres]. After we finished I walked back to the hotel for my second breakfast and to take a nap. I ate and then I laid down for a nap. The phone rang in our room, and I remember hearing my roommate Rebecca [Soni] say, “She’s napping, can I take a message?” Then the next thing I knew she was waking me up and telling me that I had an important phone call. What could be so important? Was there bad news about my family or [boyfriend and Swiss Olympic swimmer] Dom [Meichtry]? She told me that I needed to go to the team manager’s room because it was very important.

As I walked into the room, a USA Swimming staff member handed me a notepad with a number on it and told me that I needed to call immediately. I asked her what was going on and she said it was very important and told me to call. When I called, someone from the United States Anti-Doping Agency answered and began to tell me that my drug test from the 100 free at the Olympic Trials came back positive for a banned substance called clenbuterol, something I’d never heard of before. I asked what it was and how it could happen. They told me that I needed to hire an attorney to give them permission to open up the B sample to see if it was indeed a positive test. I was trying to ask them questions about it and they weren’t really answering me. I asked them if it could have been because people around me were using inhalers. I asked them if it came from the food I ate or the water I drank. They didn’t answer me. They told me that I shouldn’t be discussing it with them and that I needed to hire an attorney. 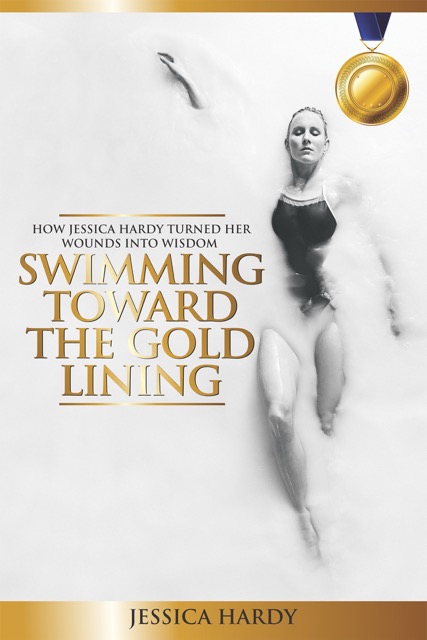 I got off the phone with USADA and then we got the head coaches in the room. They were as shocked as I was and trying to figure out what to do next. They told me to find an attorney but not to discuss the situation with anyone else on the team. They told me I could get help from John Ruger, who was the ombudsman for the U.S. Olympic Committee (USOC). In the meantime I called my parents. I called [stepdad] Bill [Robinson] first because he was the only lawyer I knew. Bill was in complete shock, not only because of the news of a positive test, but because he didn’t even know where to begin in finding an attorney to handle the situation for me. I needed to talk to someone that I knew and trusted and he came to mind first. He told me to call my mom and let her know. In the meantime, he said he would call John Ruger, whose name and number I had given him.

I called my mom next and she happened to be driving somewhere with my sister, so they put me on the car speakerphone. I’m sure they expected to hear some more good news about how my training was going. When I told them the news my mom broke down crying hysterically. Then [sister] Amanda started crying too. Then I completely broke down. I was fine up until then but then it hit me full force. I cried like I’d never cried before. I was so scared and confused. Words can’t really explain the hurt, the confusion, and the agony I felt in that moment. All of my hard work, all of my dedication, all of my dreams, and it had all come to this. I would never even think about cheating or doing anything to get an unfair advantage in the sport I so loved and respected, but that’s exactly what I was accused of doing. How could that be? What did I do to deserve it? What more did life have to teach me? Why now? I knew this had to be a mistake and there had to be a way to fix it so that I could compete in the Olympics.

When Bill called John Ruger, he was put in touch with an attorney named Howard Jacobs. Howard is one of the best and most experienced lawyers in the world when it comes to cases like mine. He had handled a number of other PED (performance-enhancing drug) cases for all kinds of athletes. As a bonus, his office was not too far north of Los Angeles. Bill called him to get things started and we all talked together soon after that. Howard called USADA to allow them to open and test the B sample to see if it was also positive for clenbuterol. I was confident that the B sample would turn out to be clean since I knew I hadn’t done anything wrong. It took a few days to get those results back, but it ultimately came back positive as well. The team was leaving for Singapore in only a few days and I still thought that we could find an innocent explanation for the positive drug test so that I could go with everyone else. At first, we thought maybe my urine sample had somehow gotten mixed up with someone else’s, though I had no reason to think any of the other swimmers were using banned substances either. It seemed very strange that my second drug test in Omaha came back positive but not the first or third ones. Having made the team in my first race (100 breast), why would I take something to boost my performance in my second race (100 free), which wasn’t my best race anyway; and if I took something for the second race, why was it not also found after the third race (50 free) only a day or two later? None of it made sense.

One fact was beyond all shadow of a doubt: I knew I hadn’t intentionally cheated. I knew the truth would come out, I just didn’t know when. In one conversation with Howard, he asked me if I had been taking any supplements, which include things like recovery drinks, bars, and vitamins that many athletes take to enhance their nutrition. He told me he had seen many cases where nutritional supplements were responsible for other athletes’ positive tests, because the United States Food and Drug Administration doesn’t regulate them and they can have trace contamination in them. Many of them are made in China, or use raw materials from China, where the manufacturing and testing standards are not as strict as in the United States. Clenbuterol was legal for some uses in China and is a common ingredient in some weight-loss products from Asia. Howard said it was a possibility that a Chinese company making weight-loss drugs one day could be making nutritional supplements the next without thoroughly cleaning their equipment.

Howard told me to send him a log of every supplement I’d used, everything I’d drank, everything I’d eaten, and all prescription medications that I’d taken. He said that we were going to hire a lab to have everything tested to see where the contamination had come from. He also asked me to send him a list of anyone who could have sabotaged me by, for example, putting something in my water bottle while I wasn’t watching it, and to tell him about any sketchy situations that I had been in. I was blown away. I didn’t think about the possibility that someone could have sabotaged me. I certainly didn’t want to think something like that could have happened. But I had to think about everything in a new, suspicious light. …

The hearing with USADA was set to take place in a hotel near the Los Angeles International Airport. There were three arbitrators on the panel, all of who had a lot of experience with cases like mine. They had heard all the excuses from other athletes. Their job was to listen to the evidence presented by USADA and me, then to rule on which of us was right. I was so nervous driving from my parents’ home in Long Beach that morning that my hands were literally shaking as I held the steering wheel.

Before the arbitration was set to begin, Howard and Bill had very extensive and candid discussions with the USADA lawyers. It was obvious what the result would be if we went forward with the arbitration — I would be ruled ineligible for the Olympic Team and banned from all competition for two years. Bill and Howard talked with USADA about some alternatives and presented me with a bitter choice. They sat down with my mom and me for a very emotional conversation. I was told that if I agreed to voluntarily withdraw from the Olympic Team and accept a temporary suspension of my eligibility for any other competition, USADA would agree to postpone the arbitration until such time as I had evidence to present to explain the positive test. That was the moment where it all became real. It was gut-wrenching and heartbreaking. It was like someone stabbed me in my heart. I was crying hysterically and the rest of my family was crying too. We clung onto one another with hugs. It hurt so badly. All of my dreams were being flushed down the drain and I knew it was all a mistake that had nothing to do with me. I knew that the truth would have to eventually come out but I didn’t know how long it would take to have answers. I understood why I wasn’t allowed to compete but I didn’t understand how it had all happened. I didn’t understand why this happened to me. I knew with my whole heart that I didn’t do anything to deserve it. I couldn’t make sense of it at the moment.

I had to pull off of the team and withdraw myself from the Olympics.