An updated bid plan with proposed venues for all sports is detailed here.

“The soaring figure of the logo is a symbol of athletes reaching for their dreams, the original Spanish name for Los Angeles ‘the City of Angels,’ and the Angeleno spirit of optimism and progress that defines Southern California,” LA 2024 said in a press release.

“The figure is illuminated, lifted and empowered by the rays of the sun, which emanate from a sparkling point of light at the figure’s heart — a palette of colors often seen in the city sky both at dawn and sunset. The sun itself, which LA calls its brightest star, inspires LA 2024’s slogan, Follow the Sun.”

Los Angeles is bidding against Budapest, Paris and Rome for the 2024 Games.

International Olympic Committee members will vote in September 2017 to determine the 2024 Olympic host. The host city’s official Olympic logo can be different from its bid logo.

The U.S. is in the midst of its longest stretch between hosting Olympics since the gap between Los Angeles 1932 and the Squaw Valley 1960 Winter Games.

Below is the bid logo, followed by the original Los Angeles 2024 bid logo (if you want to call it that) when the bid was announced last summer, replacing the failed Boston 2024 Olympic bid. 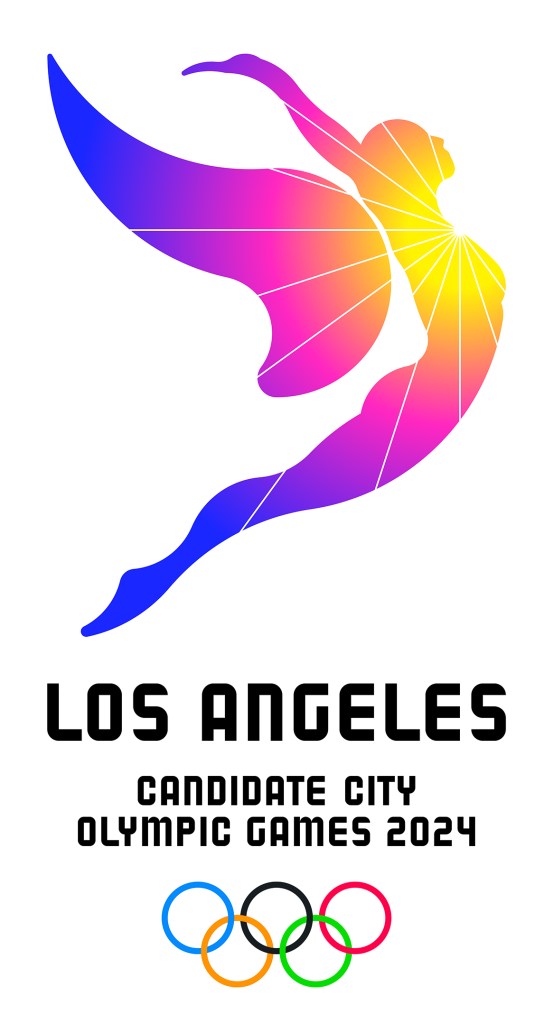 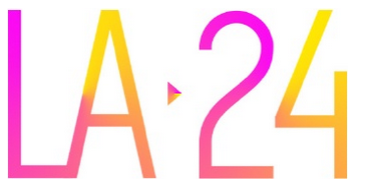