The annual awards show will be held in Berlin on April 18.

Phelps, the most decorated Olympian with 22 medals, is nominated for Comeback of the Year after returning from suspension following a DUI arrest to post the world’s fastest times of 2015 in the 100m and 200m butterflies and the 200m individual medley.

Vonn, who holds the record for most women’s World Cup wins at 76, joined Phelps on the Comeback nominees list for her 2014-15 season return following 2013 and 2014 knee surgeries that knocked her out of the Sochi Olympics.

Bolt, with six Olympic titles and the 100m and 200m world records, is nominated for Sportsman of the Year after he swept the 100m, 200m and 4x100m relay titles at the World Championships for a third time.

Nominees for five of the major awards are below: 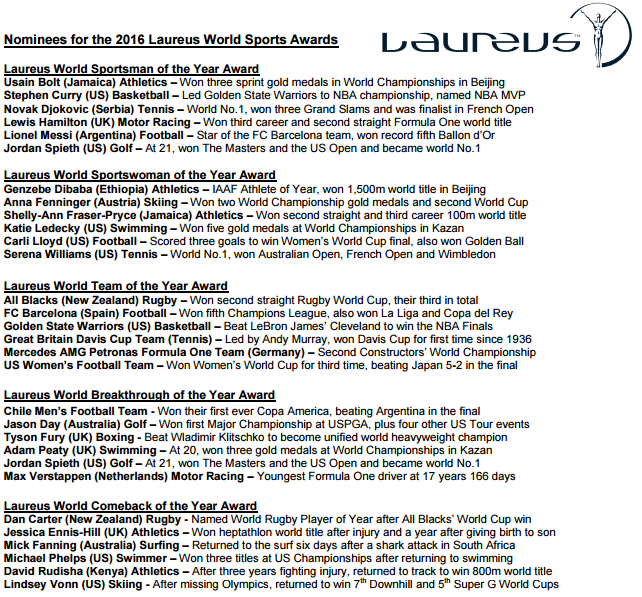