U.S. gymnast Maggie Nichols is known by her nickname, Swaggie Maggie. Her Twitter handle is @magsgotswag12. And before she competes, her father texts her, “Swag now!”

“It fits my personality,” she said.

Nichols emerged from injuries and through an incredibly deep U.S. program to become a favorite to make the five-woman Olympic team named in July.

Nichols began doing gymnastics at age 3 and, at age 6, remembers watching Carly Patterson win the Athens 2004 Olympic all-around. During commercial breaks, she beelined to her parents’ suburban Minneapolis-St. Paul backyard and tumbled around.

By 16, Nichols finished third in the all-around at the 2014 P&G Championships and looked destined for her first Worlds team until dislocating her left kneecap the following week.

“Maggie Nichols, the biggest improvement I can see in this quadrennium is her,” Karolyi said then. “At the beginning, she was just average, new elite, two and a half, three years ago. … Of this moment, she is showing definitely world-class gymnastics.”

Also at that meet, Associated Press gymnastics writer Will Graves coined a hashtag that inspired Nichols’ father to get creative two months later.

Too early to start the #Swagometer?

“I think he started it,” Nichols said of Graves. “Now it’s just kind of carried on.”

At her first Worlds in October, Nichols was the only U.S. woman chosen by Karolyi to compete on all four events in the team final. Not Biles. Not Douglas. Not Raisman. Just Swaggie Maggie.

“I proved my consistency and that I can hit under pressure,” said Nichols, who doesn’t plan to continue elite-level gymnastics after the Olympics, already signing with the University of Oklahoma.

Nichols’ dad came home from Worlds in Glasgow, Scotland, with an idea to create a T-shirt. Two, actually. He chose two designs and had 50 total shirts delivered in February (images below courtesy of John Nichols).

“It says Swag-O-Meter on it and has this huge [arrow] on it, breaking [the meter],” Nichols said of one design, smiling. “He’s a goof.”

There are other Swag Meter shirts out there. Even Team Maggie shirts worn by other girls at her Twin City Sisters gym and at school.

But these two are special. John surprised Nichols with them before she departed for a national team camp and the AT&T American Cup last month.

Her fans are, too. There were posters held up at Bankers Life Fieldhouse at the P&G Championships in August that read, “Just Swag It” and “I Love Swaggie Maggie!”

John and Nichols’ mom, Gina, considered wearing their shirts at the American Cup in Newark, N.J., where Nichols finished second to Douglas. They opted against it, with it being Nichols’ top-level international all-around debut and the TV cameras focused on the U.S. gymnasts and their families.

Nichols said she would wear the shirts around her home, or in the gym because it would draw smiles. She wouldn’t commit to breaking one out over her leotard while at a competition.

That didn’t surprise her parents.

“I think she’s a little bit more shy,” her mom said. “She’s really humble about what she does.” 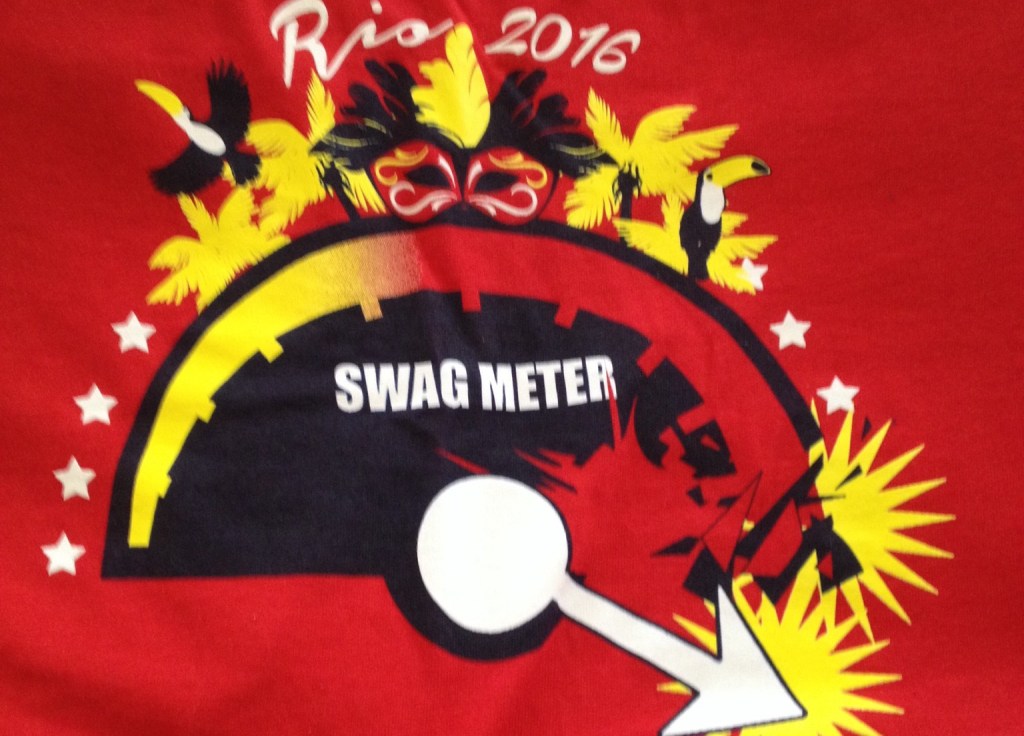 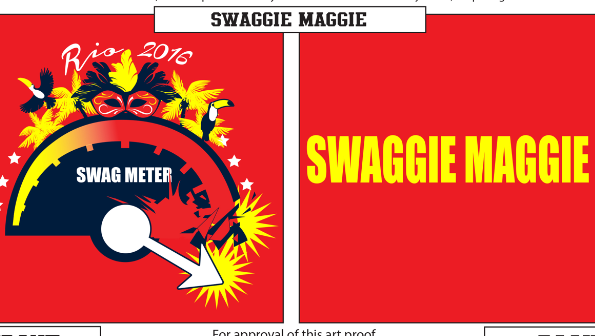 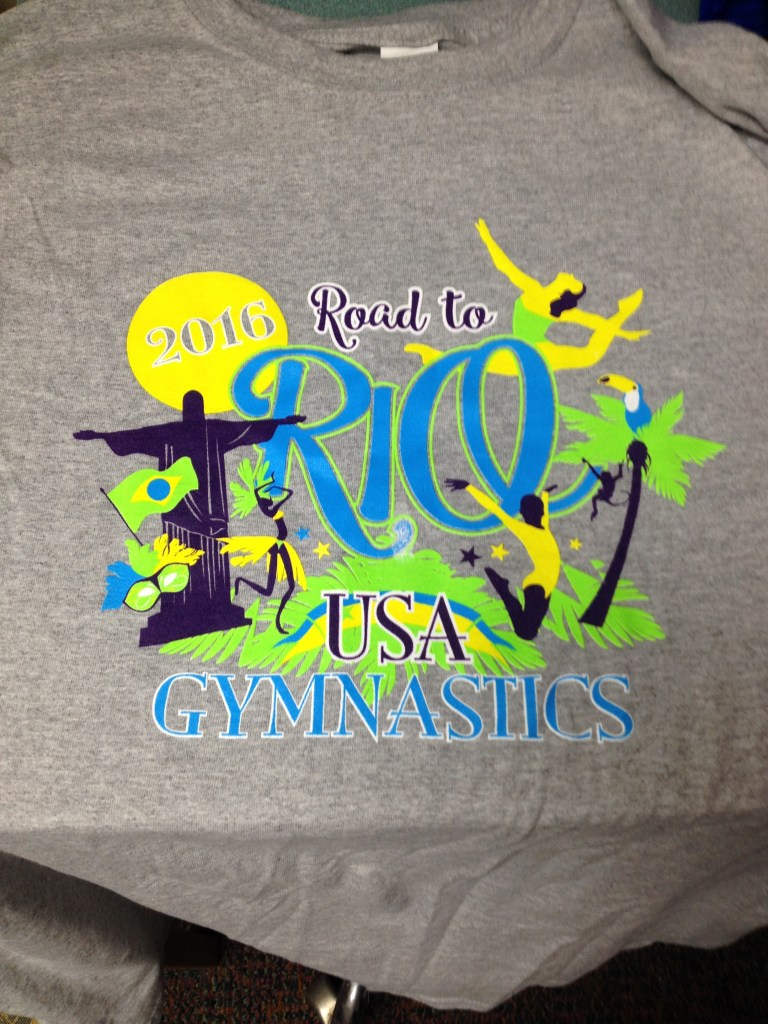 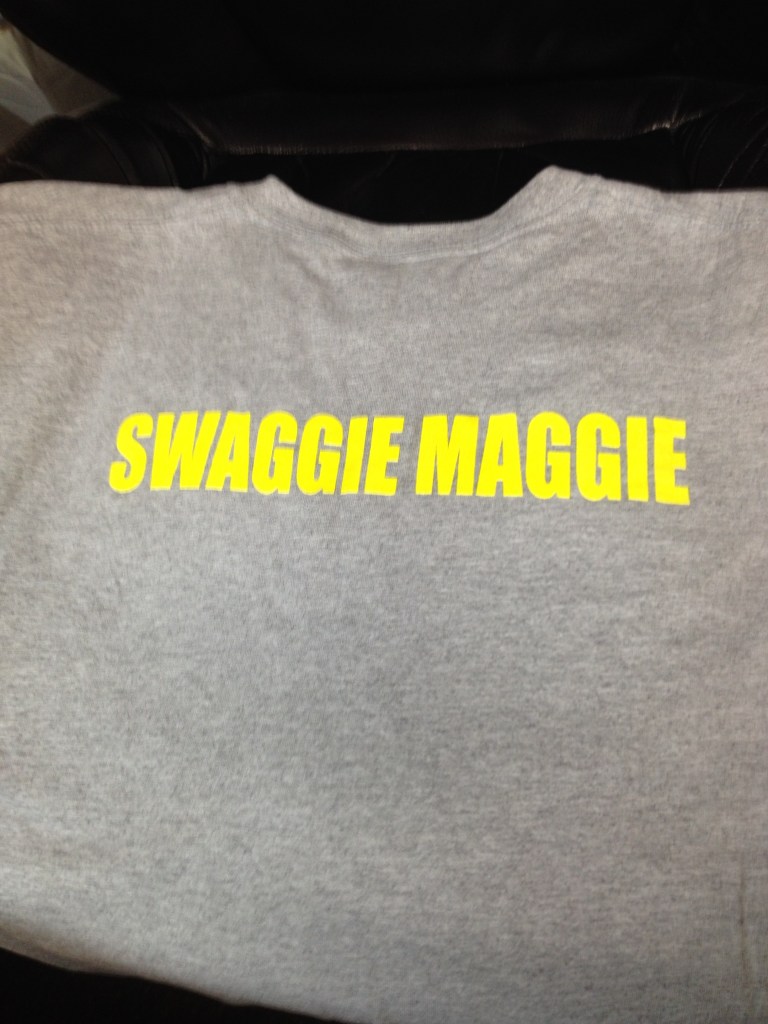