ANCIENT OLYMPIA, Greece (AP) — Fire spurted from a concave mirror Wednesday as a priestess, kneeling in her long, pleated dress before a ruined Greek temple, focused the blazing sun’s rays on her metal torch.

Come rain or shine on Thursday’s official lighting ceremony, Rio de Janeiro has now secured its Olympic flame, which will burn in the Brazilian host city throughout the Aug. 5-21 Games.

About 2,500 people attended Wednesday’s dress rehearsal for the meticulously-choreographed ceremony in Ancient Olympia, southern Greece, where the Olympics of antiquity were held for more than 1,000 years.

The flame lit before the Temple of Hera will be kept as a backup, in case cloudy skies derail Thursday’s ceremony, which will be attended by top International Olympic Committee officials and Rio organizers.

The buildup to the Olympics has been clouded by a series of non-games linked setbacks in Brazil, which is facing a major political corruption crisis, a sharp economic recession and the Zika virus outbreak.

But IOC officials and Rio organizers maintain that preparations remain on track and the games will be a success.

The modern revival of the ancient games, which were the most important of their kind in antiquity and lasted from 776 B.C. to 393 A.D., started in Athens in 1896. But the flame-lighting ceremony, a key part of the pageantry, dates to one of the more awkward moments of the modern games, the 1936 Berlin Olympics conducted by Nazi Germany.

Wednesday’s ceremony started with three beats of a drum held by an actress playing the part of an ancient priestess. Greek actress Katerina Lehou, in the role of a high priestess, lit the torch after offering a mock prayer to Apollo, the old Greek god of light and music, and the ceremony continued in the ancient stadium — which was used at the 2004 Athens Games as the shot put venue.

On Thursday, Lehou will deliver the flame to Greek world gymnastics champion Eleftherios Petrounias, the first runner in a torch relay that will culminate at the opening ceremony in Rio’s Maracana Stadium on Aug. 5.

Over the next six days, hundreds of runners — including a Syrian refugee who has claimed asylum in Greece — will carry the torch for 1,388 miles (2,234 kms) through Greece. Stops will include a refugee camp in Athens and the ancient Acropolis, and it will be handed over to Brazilian officials in the venue for the 1896 Games, a rebuilt ancient marble stadium.

The flame will be handed over to Rio officials on April 27. Carried in a lantern, the flame will then travel to Switzerland for ceremonies at the United Nations office in Geneva and Olympic Museum in Lausanne on April 29.

The flame will then be flow to the Brazilian capital, Brasilia, where the relay across the country kicks off on May 3. The Brazilian relay will include 12,000 torchbearers and visit 329 cities and towns, reaching 90 percent of Brazil’s 200 million people.

Images via AP and Getty: 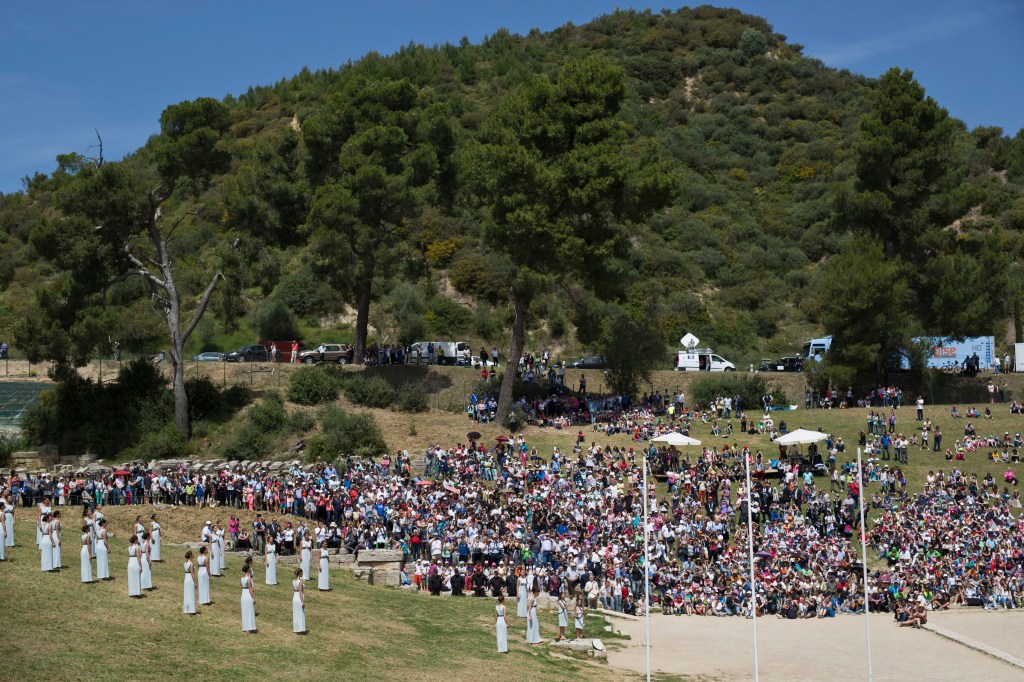 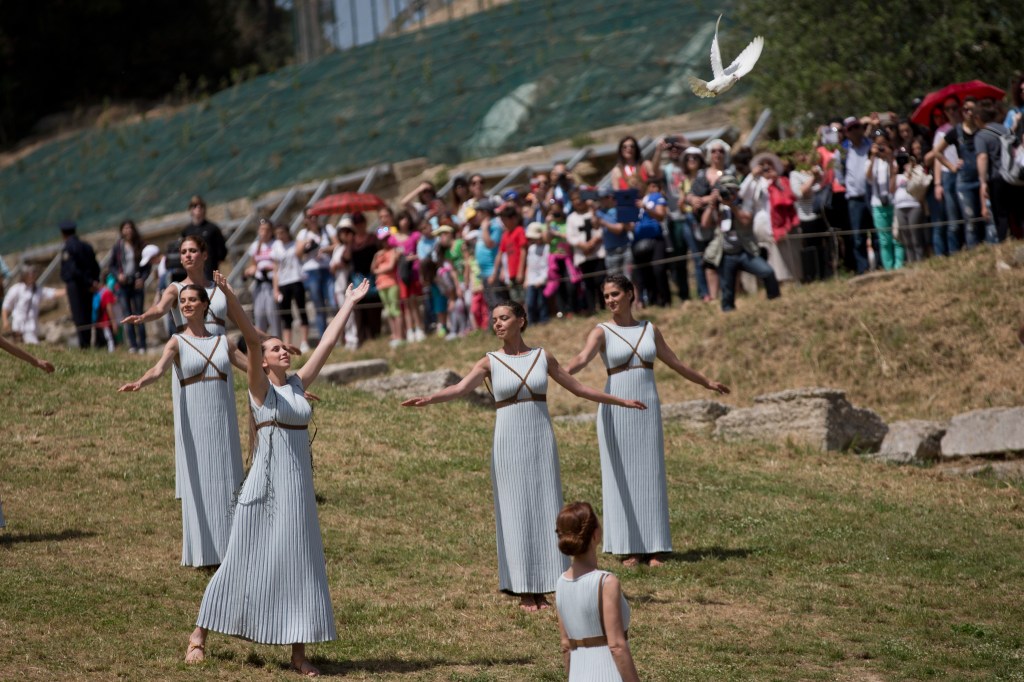 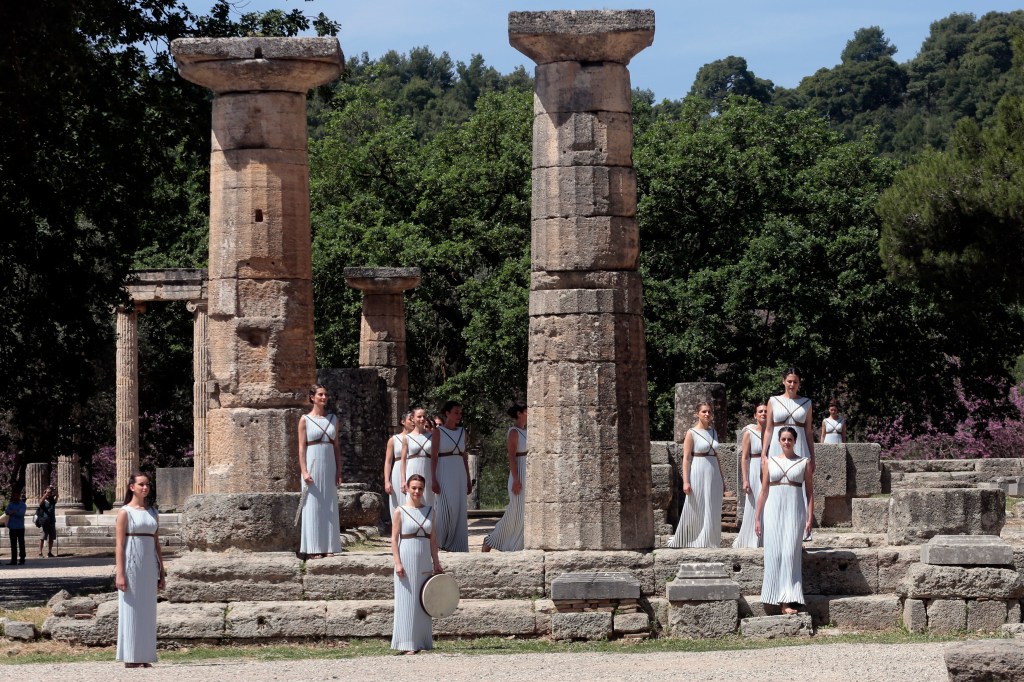 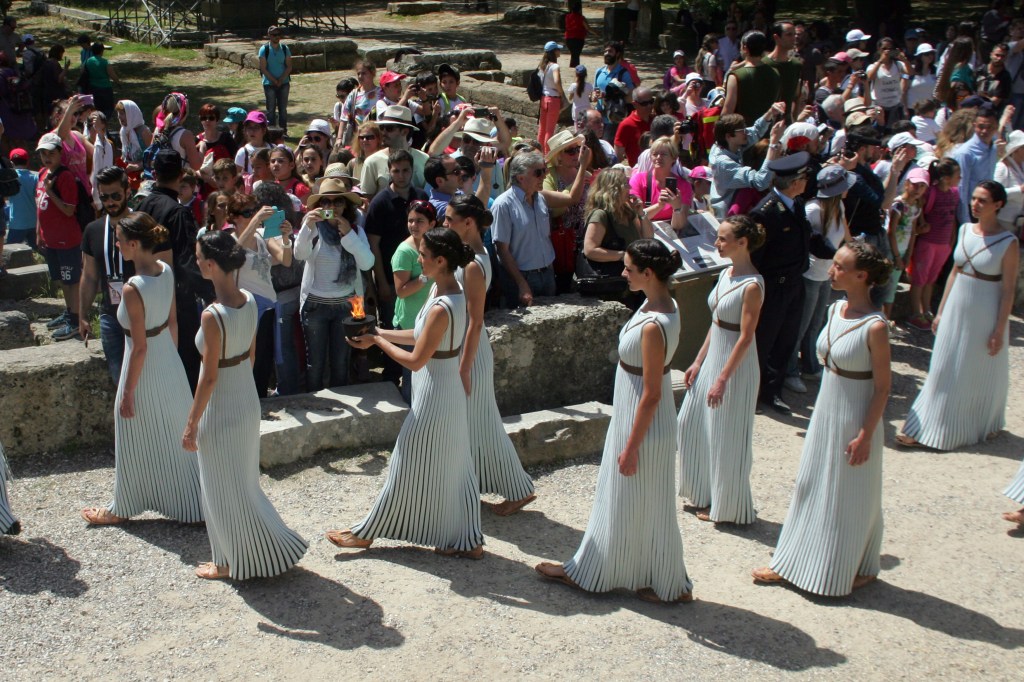 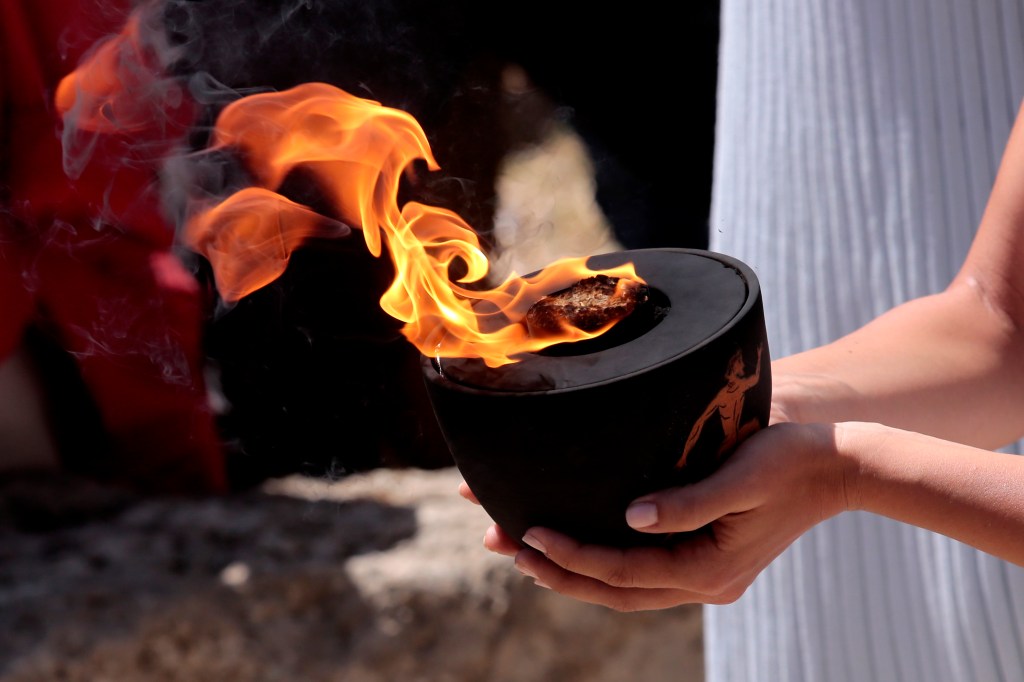 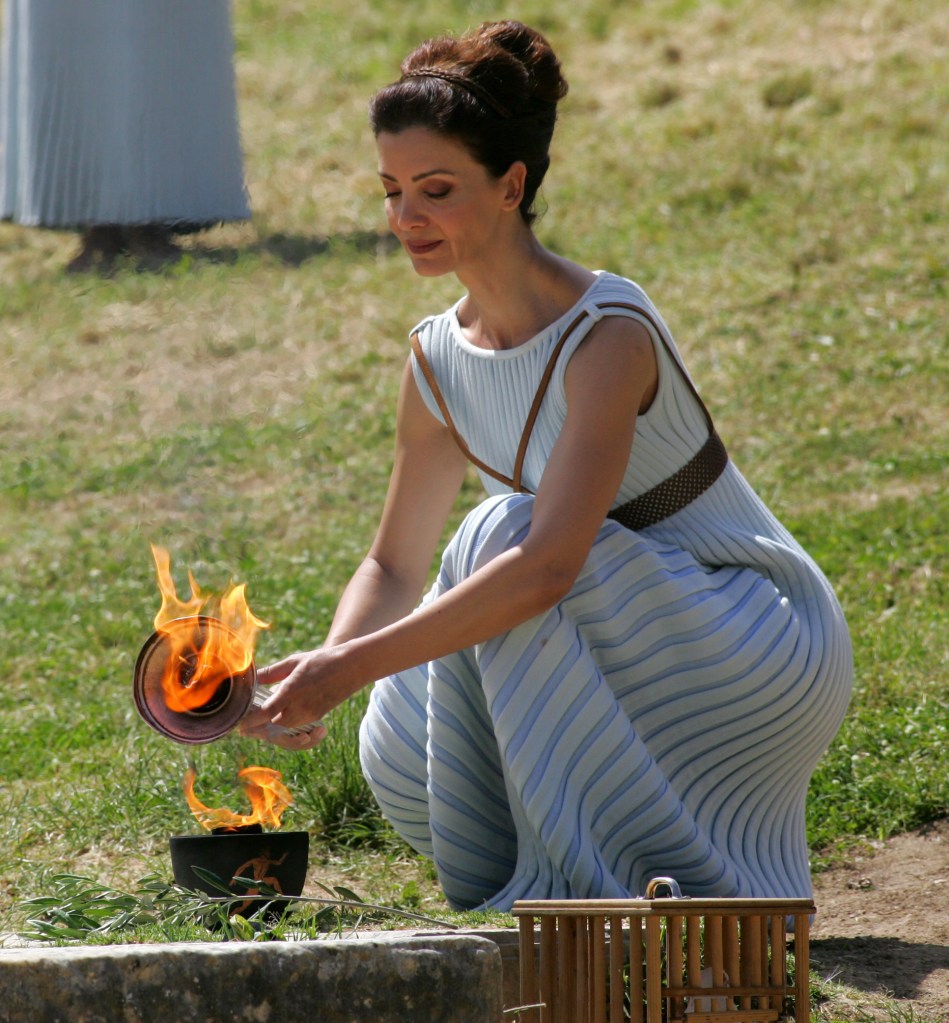 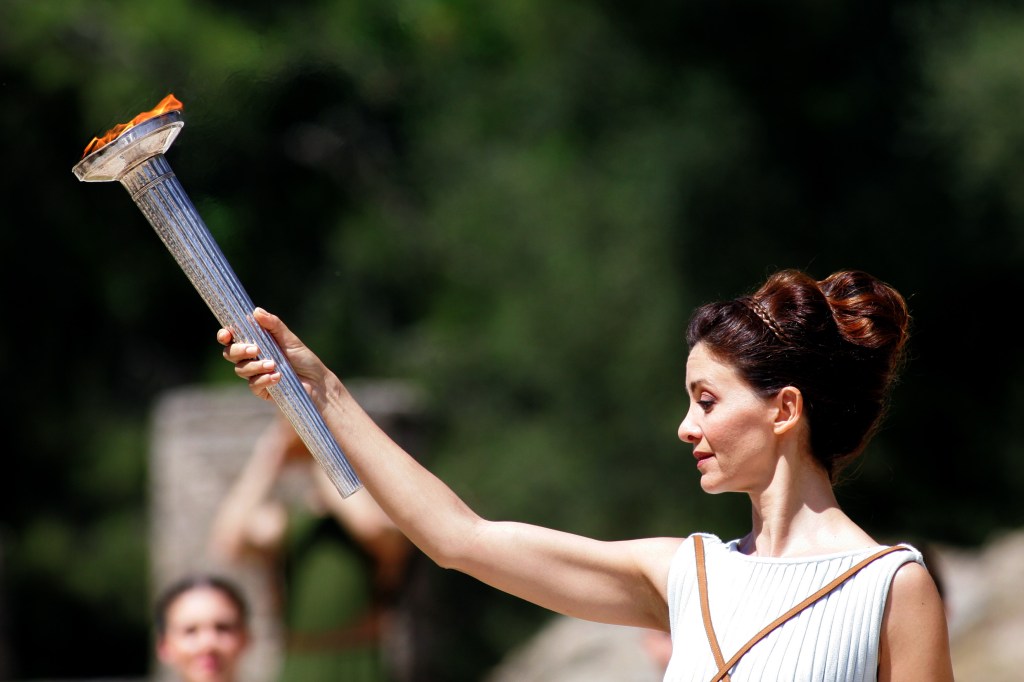 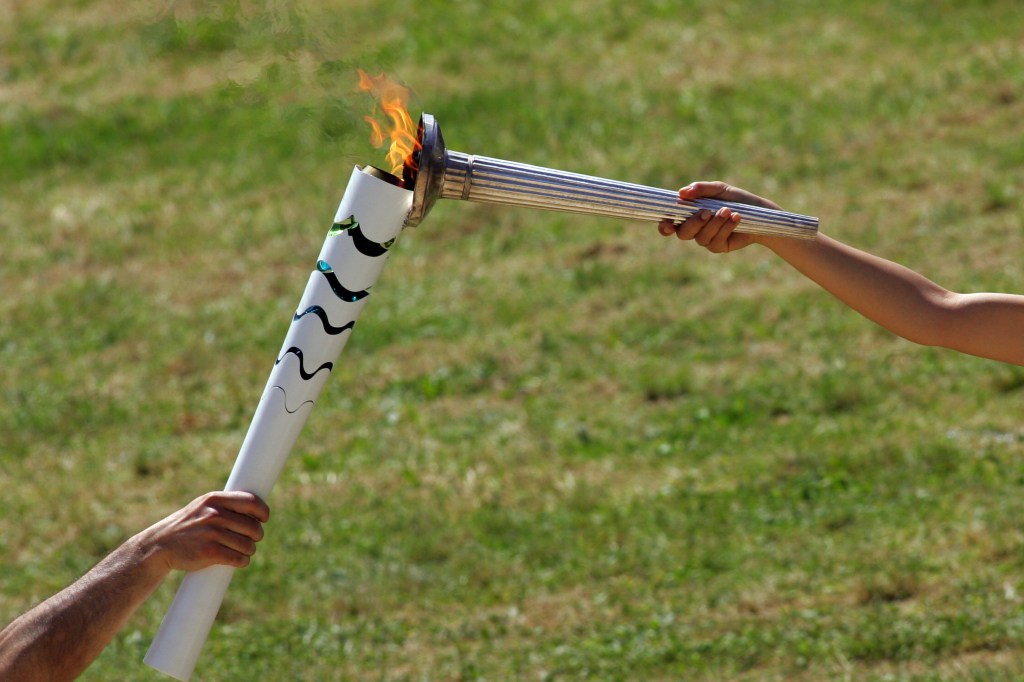 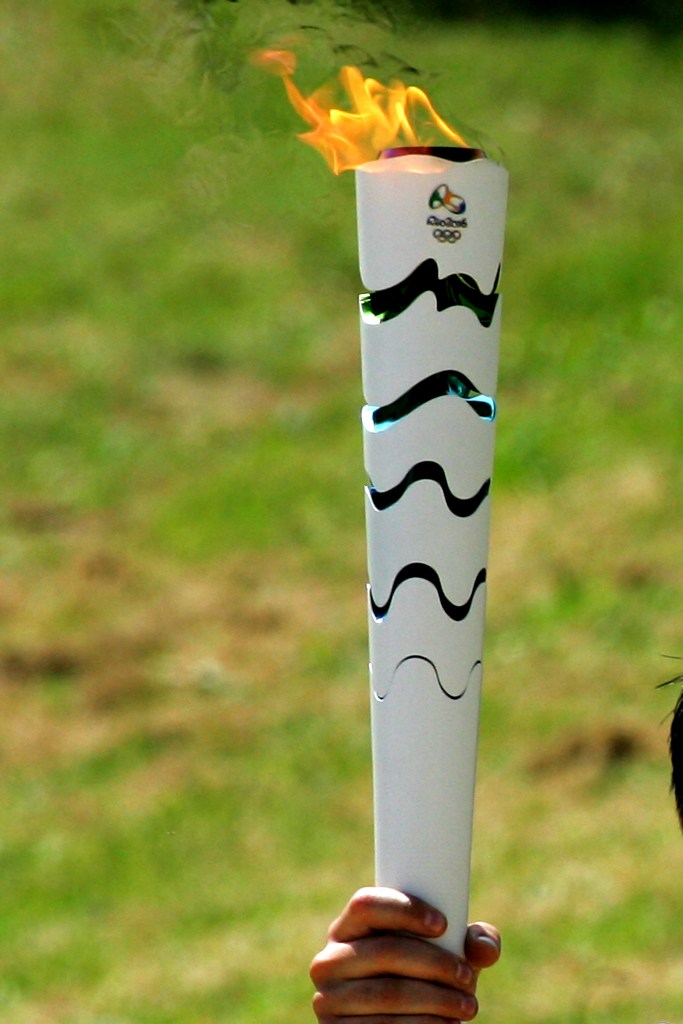 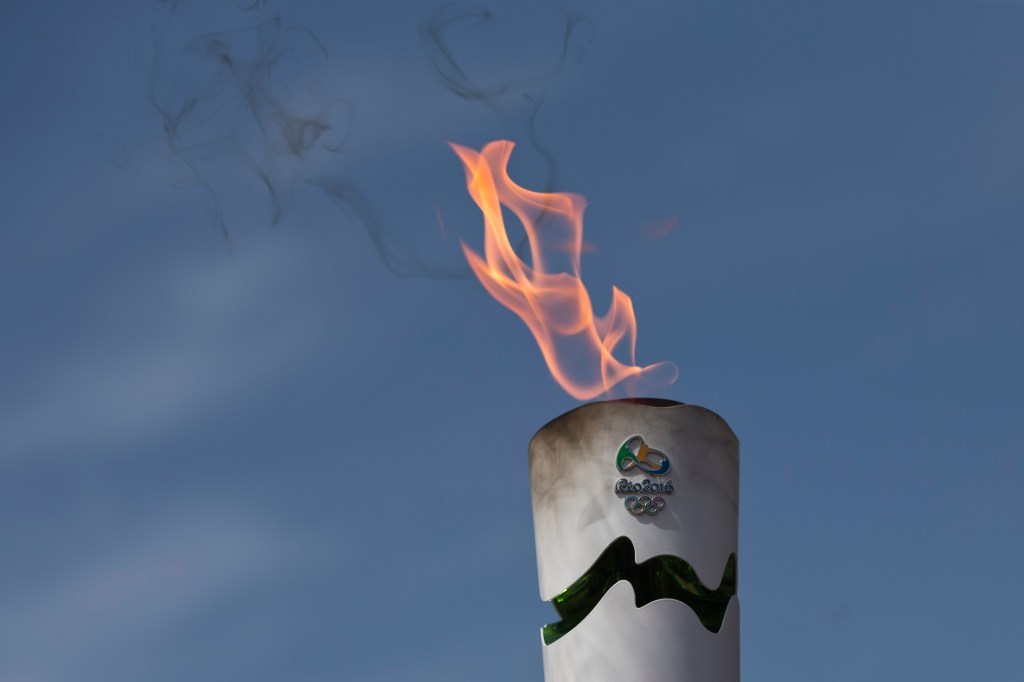