ATHENS, Greece (AP) — The Olympic flame was handed to organizers of the Rio de Janeiro Games in Athens on Wednesday, 100 days before the Opening Ceremony in Brazil.

Dressed as a high priestess, actress Katerina Lehou led the brief ceremony at the Panatheniac Stadium, a horseshoe-shaped marble venue where the first modern Olympics were held in 1896.

Lehou, who lit the flame in Ancient Olympia last week, used a torch to light a cauldron inside the Athens stadium.

The flame, placed in a lantern, was handed over to Greek Olympic Committee president Spyros Kapralos, who, in turn, passed it to Rio Games organizing head Carlos Nuzman.

Brazilian President Dilma Rousseff, who is fighting impeachment over allegations of erroneous budget figures, declined an invitation to visit Greece for the lighting ceremony and start of the Olympic torch’s six-day journey around Greece.

During the Aug. 5-21 Games, Nuzman said, Brazilians would come together in celebration.

“Our mission, dear friends, is bigger than Brazil itself. We represent all the peoples of South America,” he told a crowd of several thousand Athenians.

In a highlight of the Greek torch relay, the flame made a symbolic stop Tuesday at a United Nations-run refugee camp in Athens. The torch was carried by Syrian refugee Ibrahim Al-Hussein.

After Wednesday’s ceremony, the flame will travel to Switzerland, where it will visit the United Nations building in Geneva and the Olympic Museum in Lausanne.

The torch will reach Rio’s Maracana Stadium for the Opening Ceremony on Aug. 5.

“We will take the Olympic experience to every corner of our country, to every state capital,” Nuzman said. “When you arrive in Rio there will plenty of music, poetry and excitement. … Rio is ready to deliver history.”

Images via the AP: 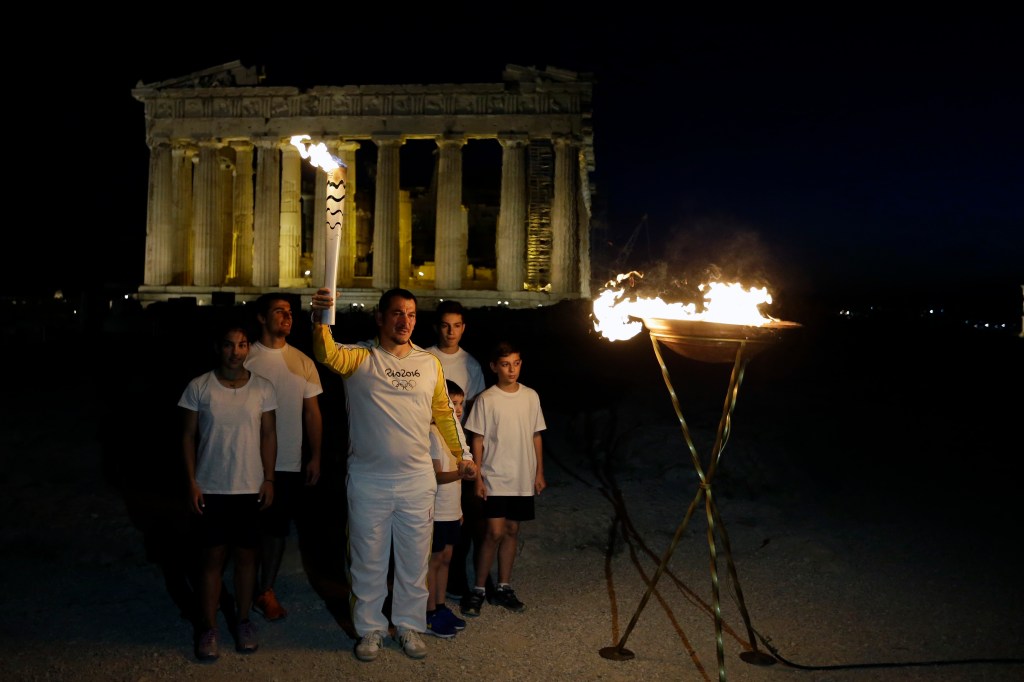 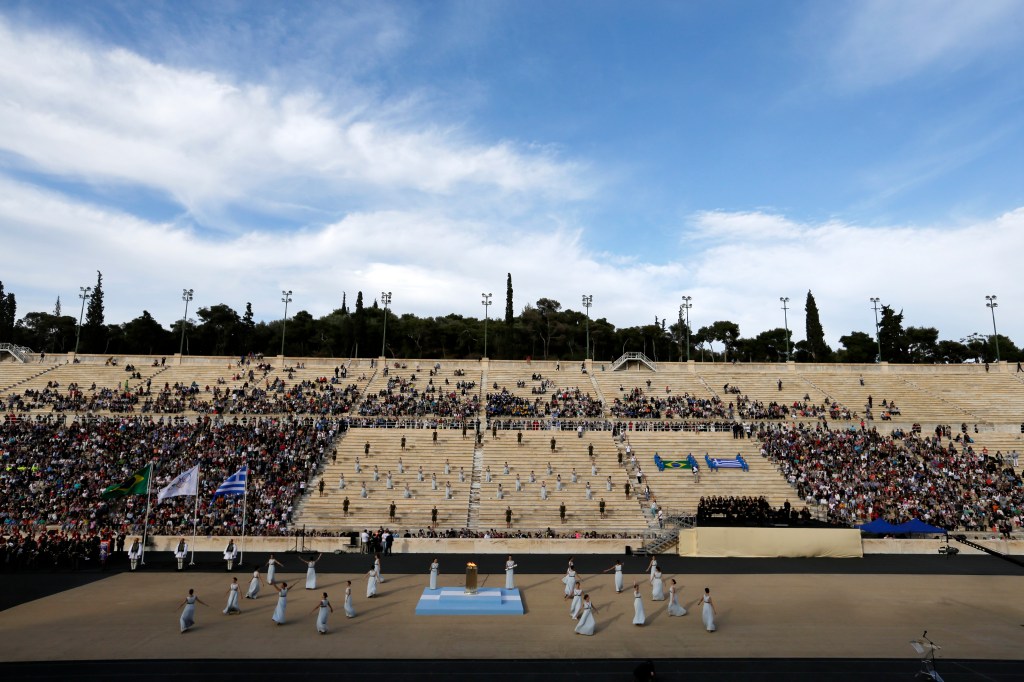 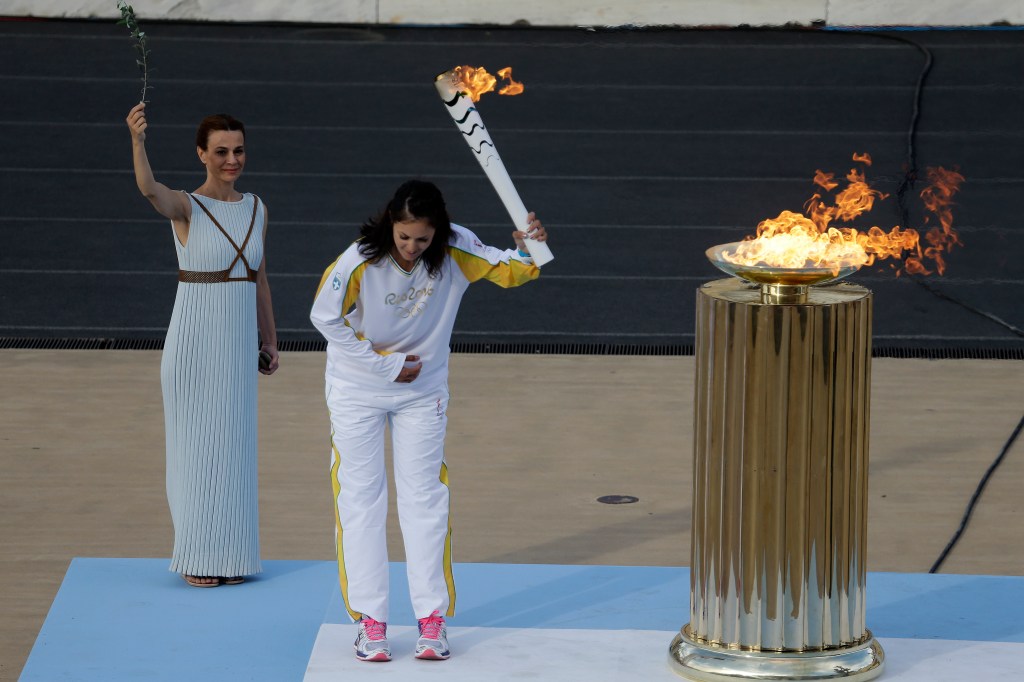 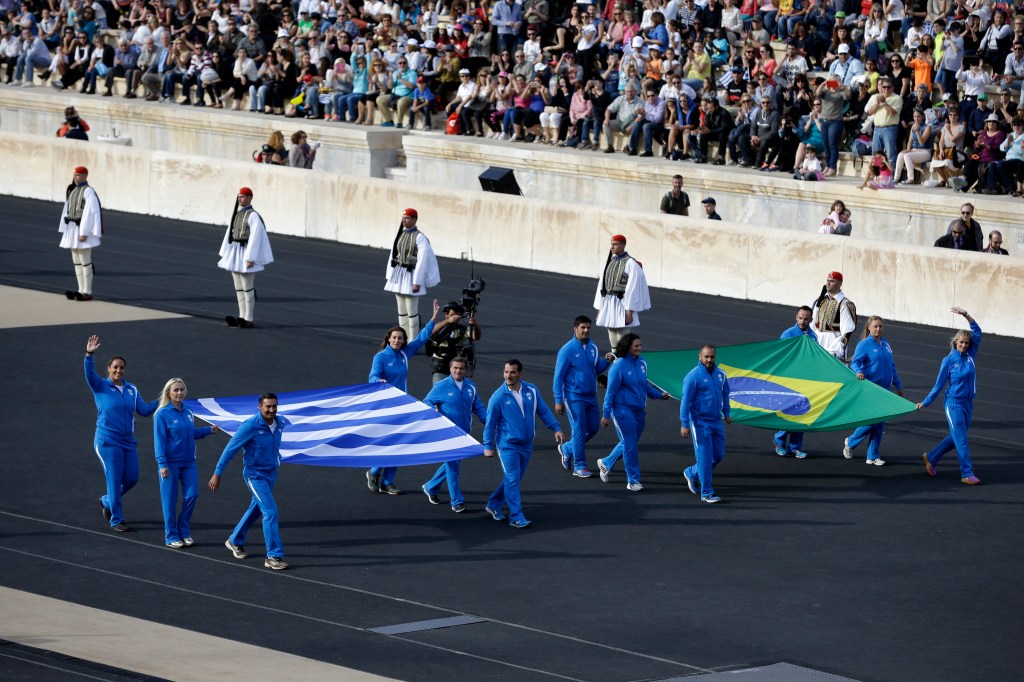 Finally caught up on some 💤. What a day yesterday visiting the Acropolis