The top four nations in each group advance to the knockout round, beginning with quarterfinals.

The U.S. women have never taken Olympic gold but captured their first World title in 2014, breaking a 62-year drought. They upset Brazil in the semifinals at Worlds and beat China in the final.

If the U.S. and Brazil both top their groups in Rio, they would not play each other until a potential Olympic final Aug. 20.

The Olympic men’s volleyball field will be finalized in June. The U.S. has already qualified. 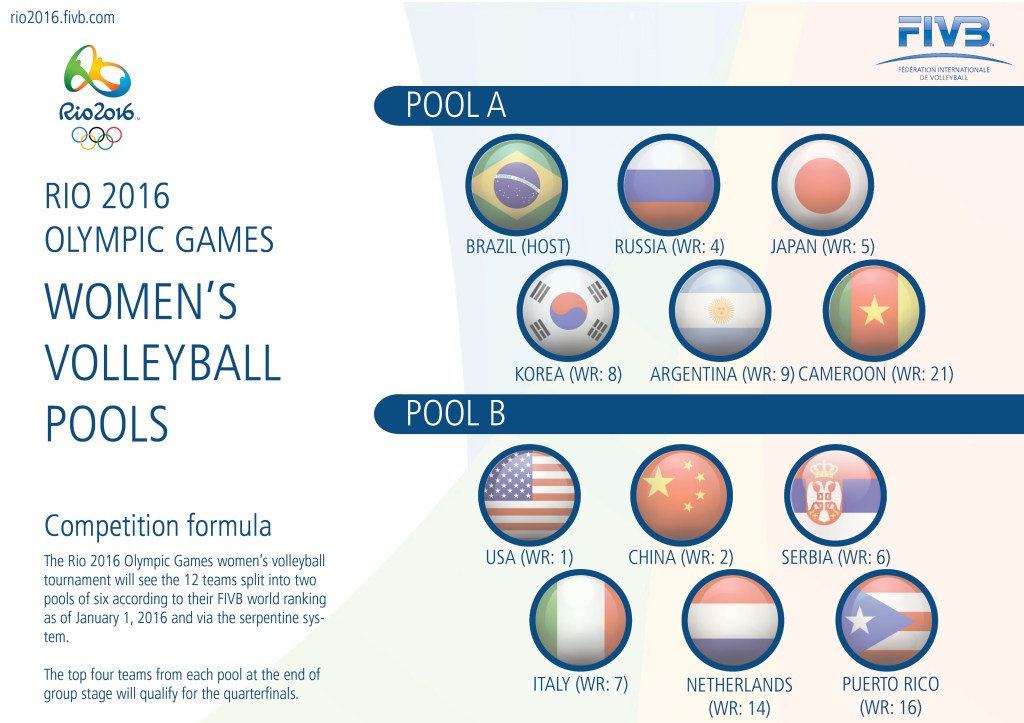