Simone Biles visited the Ellen Show for the second time this year, saw four of her Olympic medals hanging from Channing Tatum‘s arms and is set to have her autobiography released Nov. 15.

From the press release on “Courage to Soar,” which includes a foreword from Mary Lou Retton:

Simone gives readers a never-before-seen look at her life. In her own words and photos, Simone reveals how challenges in her childhood have shaped her into the young woman and role model she is today. She shares the ups and downs of her life, insights into her positive mental approach, and her inspiring journey to the pinnacle of her sport. She also sets an example to always have fun, no matter the pressure.

Perhaps Tatum will grab a copy. After all, the actor said he watched every one of Biles’ events during the Olympics and developed a theory about the 4-foot-9 superstar.

“She’s so tiny that she has a harder time holding onto the ground than just going up,” Tatum said on the Ellen Show. “She just always is flying away. I think she’s got really strong toes. It helps her hold onto the ground. … It doesn’t make any sense. If I came down with that much force, my kneecaps would pop right out.”

Also on Ellen, Biles reminisced about meeting actor Zac Efron at the Olympics, which she and Ellen discussed in the gymnast’s first appearance on the show in March.

“He’s, like, even more perfect in person,” Biles said. “I wanted to grab him and never let him go.”

Biles also forged a friendship with Kim Kardashian West, saying she has texted the celebrity about sending leotards to her daughters. Biles met Kardashian West and other stars at the Video Music Awards on Aug. 28, a night that also included a rather unfortunate incident.

“At the end of the night, I topped it off by falling down the stairs,” Biles laughed. “I suck at walking.”

Lastly, Biles said her dad forgot to record the Olympics. This was in addition to Biles losing her digital photos from Rio. 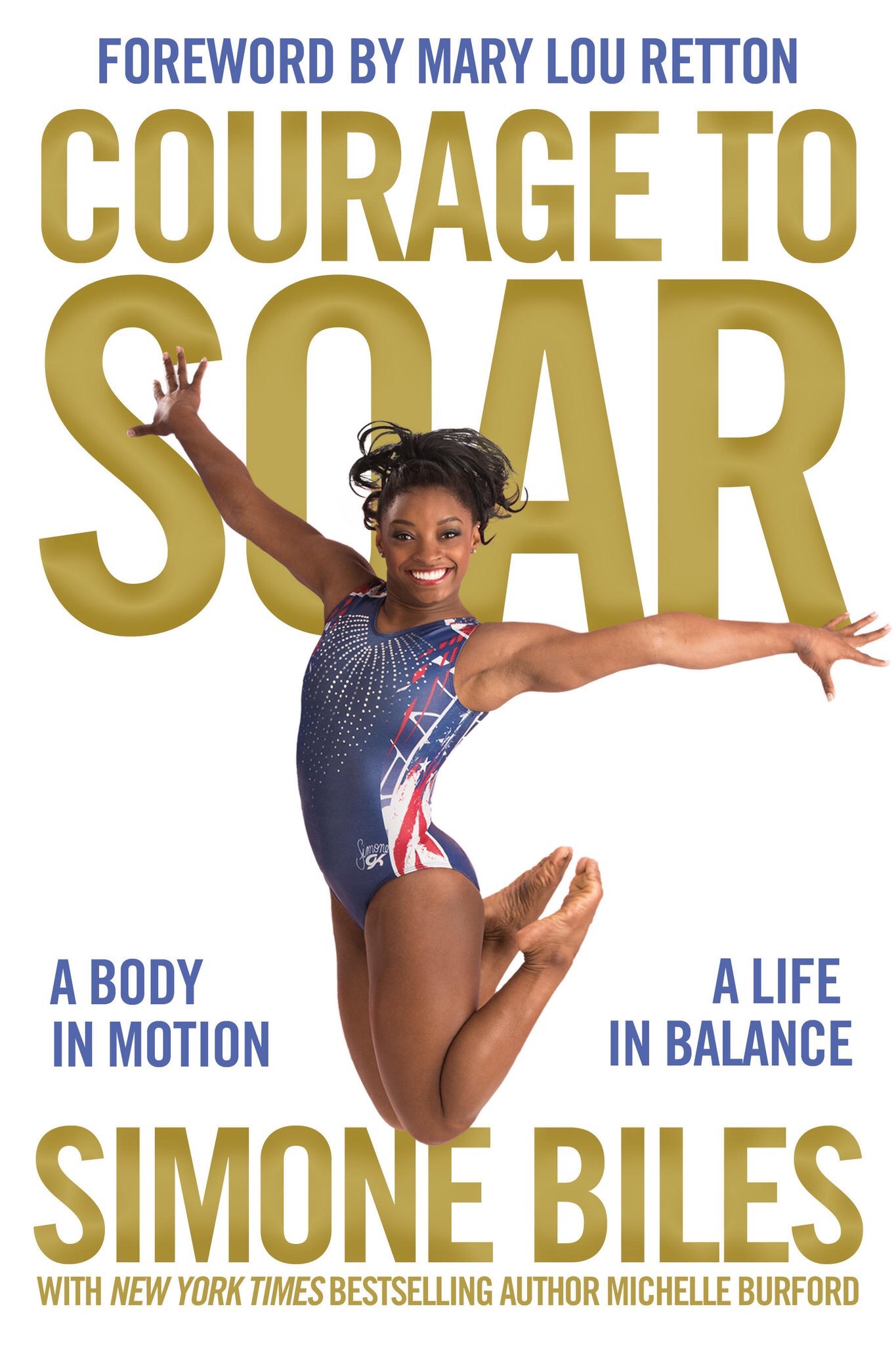