Nicholas Kipkoech, who placed fourth at the Kenyan Olympic Trials 800m, was beaten by a solar-powered car in a “man-versus-machine” 600m race at the Brussels Diamond League meet on Friday.

Kipkoech was caught from behind by the car, which presumably needed much more time than Kipkoech to reach its top speed. Kipkoech appeared to have nearly a 150-meter lead in the early stages.

“It was strange to compete in this race but funny at the same time,” Kipkoech said, according to the IAAF. “I was pleased to have been choosen because it was something new, never done before. I knew the car wasn’t fast in the beginning but felt it was coming too quickly at the end. Losing was not a problem for me: I took a lot of fun and I´m on the podium!”

Machine vs man. Round one for machine. Want to see more? Come to #memorialvandamme @AGSupporters pic.twitter.com/4loNhUMOgU 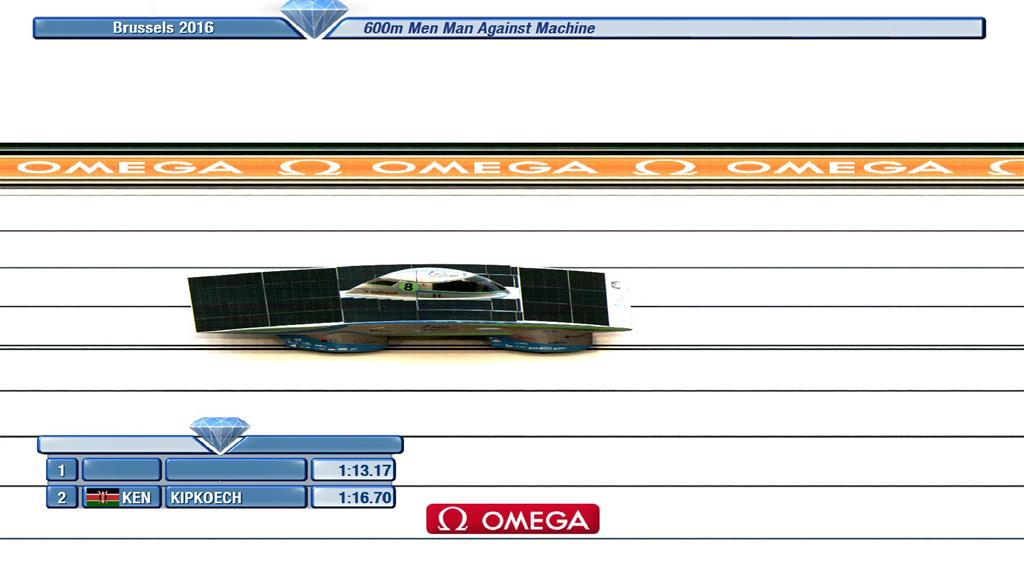