Of the 50,000 New York City Marathon runners, about 35 will race Sunday wearing blue T-shirts with a Star of David over the left chest and, just below, the words “Aiding Needy Holocaust Survivors.”

The Blue Card is one of 340 official race charities and has been since 2009. In that time, the non-profit has raised more than $1 million for Holocaust survivors in New York City Marathon fundraising and provided more than $30 million overall.

“Although the number of survivors is decreasing,” executive director Masha Pearl said, “the needs are increasing exponentially as survivors are aging.”

The Blue Card was created in 1934 Nazi Germany, to aid Jews already being oppressed. Its name was derived from blue paper cards given to Jewish donors who raised funds for those who lost their jobs.

In 1939, The Blue Card was re-established in the U.S. to aid refugees and survivors.

The Blue Card is present in 32 states and has participated in the New York 5 Borough Bike Tour, New York City Triathlon and marathons in Jerusalem and Tel Aviv.

No Holocaust survivor has run the New York City Marathon as part of The Blue Card, but some have come out to cheer the runners.

Several runners have been children or grandchildren of survivors. The Bronx’s Sarah Mizrachi, an Albert Einstein College medical student racing Sunday, is the great-granddaughter of a woman who fled from the Holocaust.

The Blue Card runners will be wearing the shirt designs below. 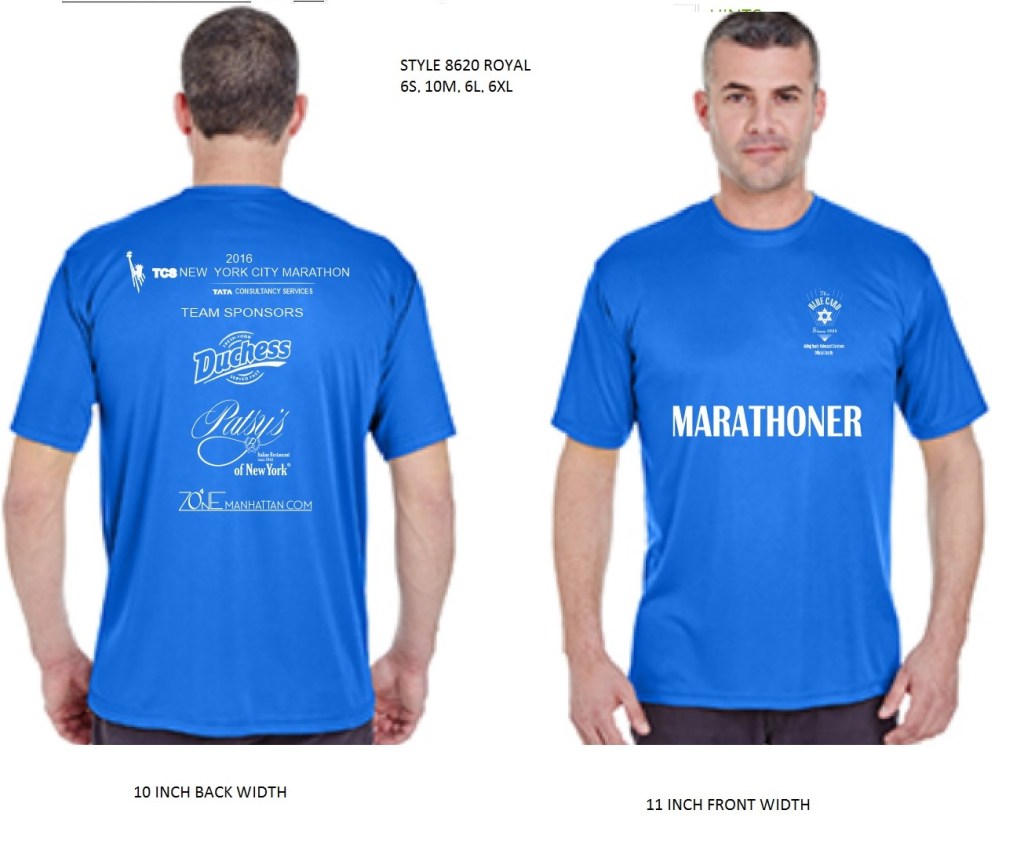