Tokyo 2020 venues for the new Olympic sports of baseball, softball, karate, skateboarding, sport climbing and surfing were approved by the International Olympic Committee on Wednesday.

That brings the total number of Tokyo 2020 venues to 39, with the potential for more.

The venues for new sports:

Agenda 2020 reforms allowed Olympic host cities to propose the addition of sports for their Games only, which is what Tokyo 2020 did to get them on the program.

The Tokyo Olympic venues are split between two zones — the Heritage Zone and the Tokyo Bay Zone — that are separated by the Olympic Village.

Tokyo 2020 and FIFA are still discussing the finalization of soccer venues. There are currently six, including two in Tokyo and one as far away as Sapporo (650 miles north).

Tokyo 2020 and the World Baseball Softball Confederation are still discussing the potential of adding a second baseball-softball venue in Fukushima prefecture, the site of 2011 nuclear plant meltdowns caused by an earthquake and tsunami. Fukushima is about 150 miles north of Tokyo.

The Tokyo Dome, home of the Yomiuri Giants and several MLB and World Baseball Classic games, is not a 2020 Olympic venue. 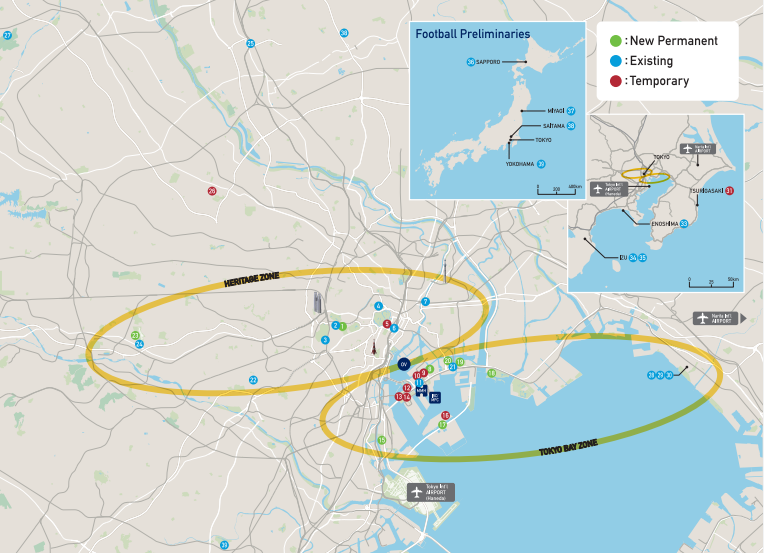