The referee stopped the fight after 48 seconds following a series of punches to Rousey’s head in Las Vegas on Friday night. Rousey looked lean and intense before the bell, then slow and frightened once Nunes attacked.

“I knew I would beat the s— out of Ronda Rousey,” said Nunes, who after the TKO held an index finger to her lips and stalked around the Octagon. “Now she’s going to retire and go do movies. She already has a lot of money. … Forget about Ronda Rousey.”

Rousey (12-2) lost her second straight bout after a shocking upset at the hands of Holly Holm on Nov. 15, 2015, her first defeat since switching from judo to MMA in 2010.

The 2008 Olympic bronze medalist lasted 5 minutes, 59 seconds against Holm after beating her previous four opponents all in 66 seconds or less.

Holm took the bantamweight title from Rousey on Nov. 15, 2015, then lost it to Miesha Tate at her next fight March 5. Tate then lost the belt to the Brazilian Nunes (14-4) on July 9.

Rousey’s break between the Holm and Nunes matchups was an extended one, given she fought at least twice every year from 2010 through 2015.

“It was never really about a psychological problem with Ronda,” UFC president Dana White said in October. “The thing with Ronda was, she wanted time off. She said, I want to go away, and I want to relax. But this girl worked hard for us for three years, non-stop, fight after fight, promotion after promotion.”

Rousey, 29, has said she’s nearing the end of her MMA career and that Nunes would be “one of my last fights.”

Photos via Getty and AP: 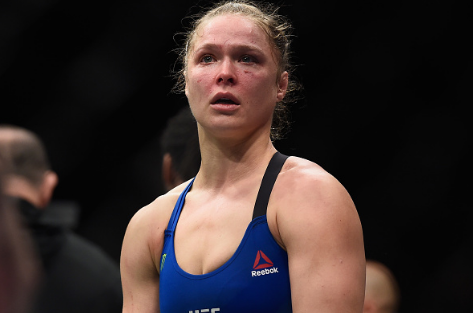 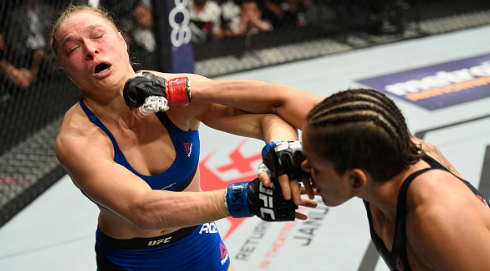 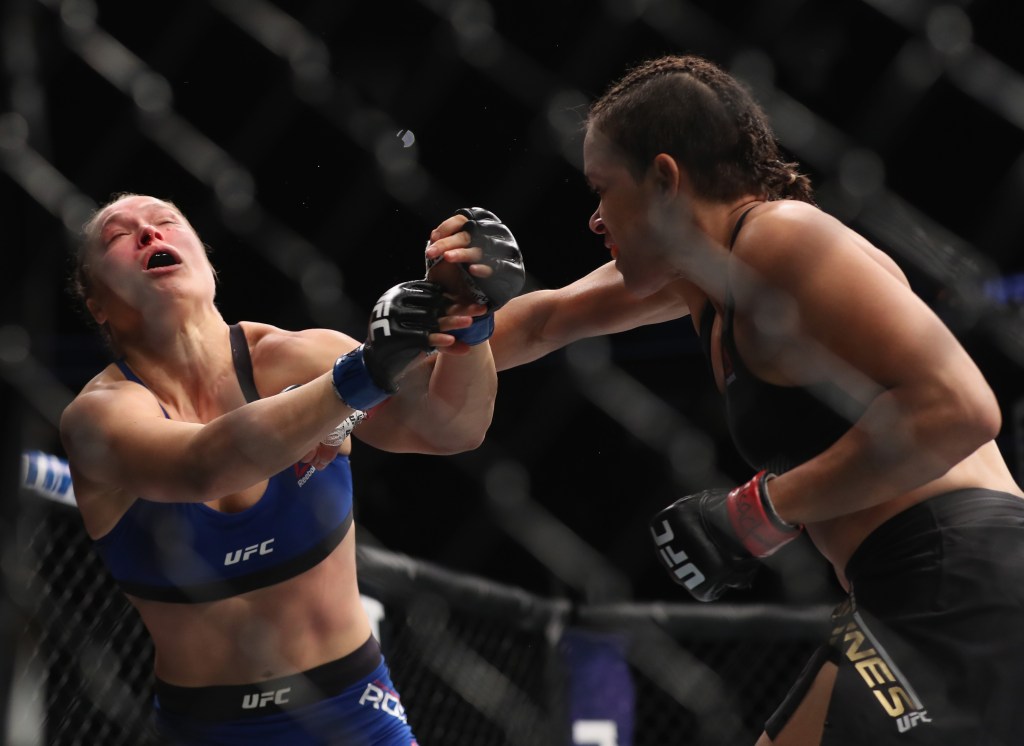 Entering the Octagon for the first time in over a year .. #UFC207 pic.twitter.com/r0vo9xexjD

And just like that … @Amanda_Leoa puts Rousey away!!! #UFC207 pic.twitter.com/TkLu9KYcvI