Two of Laurie Hernandez‘s most memorable moments in Rio were mouthing “I got this” before her team final balance beam routine and winking at judges before her floor exercise.

The former became the title of her book, “I Got This: To Gold and Beyond,” due out Tuesday. The latter she also details in the book’s pages.

Hernandez, the first U.S. female Olympian born in the 2000s, is the third member of the Final Five to pen a book.

She then became the youngest winner of “Dancing with the Stars,” which she also reviews in the book.

Here’s an excerpt from “I Got This,” where Hernandez looks at her Rio Olympic experience:

“The amazing thing about the Olympics is that you feel so many different emotions in the span of a few days, and they are all intense. So it was nice to have at least one totally playful moment. For me that moment happened during my floor routine in the team finals, just before we won. I spontaneously winked at one of the judges and everyone there, and at home, seemed to love that. But honestly I don’t know what came over me. Right before I went on, I was so nervous I looked at the team and said, “Guys, I’m so scared. It’s the last event, what if I mess up?” Any time you are competing as a team you have those worries—I know I had certainly felt the same way at international meets. Thankfully, the girls assured me that wasn’t going to happen. They said, “No, no, no, you’re fine. Don’t worry about it. We’re a few points ahead, so just go out there and enjoy yourself.”

I made my way toward the warm-up area. I was feeling pretty good by then, so I stood to the side and took a deep breath. I wanted to soak in everything around me, because it was definitely a major moment. I scanned the cheering crowd and all I saw was a sea of green. Brazil’s colors are yellow, blue, and green, and the entire arena was decked out in green. The mats were green, the logos were green, everything around me was green, and for a split second, I found it kind of intimidating because in the United States, all our equipment is blue. Even a seemingly small difference like that can be jarring.

Then all of a sudden I heard this beep. It was coming from the little TV screen in the warm-up area that lists your name, your country, and the event you’re about to compete in. My screen read Lauren Hernandez, USA, Floor Exercise. After I heard the beep, the screen switched to GO, which meant I had to go salute the judges and begin.

When I stood up on the floor, I could see one of the out-of-bounds judges in my line of vision. That is the judge who checks to make sure your foot never crosses over the white line. Well, I looked straight at her and suddenly felt this surge of confidence to wink. After I did that, I went on to do an amazing routine. When it was done, I was so proud of myself! Later, a woman came up to me while I was watching Simone and Aly compete in their all-around finals and she said, “Wow, I just want you to know that when you winked at the judge, it really worked.” I didn’t know how to respond, so I just said, “Thank you. That’s very nice of you to say.” That’s when she told me she was the out-of-bounds judge! All I could say was “Oh my goodness.”

When I think back on the Olympics, there were only two times I was anxious for myself or for one of my teammates. In my beam routine, I always find the triple series (or what is called a flight series) a little nerve-racking. That’s when I have to perform three moves in a row backward: I do a back handspring, followed by a layout step-out, followed by another layout step-out. I had a good feeling before I was going to compete that I would hit it, but it’s something I’m always slightly worried about in the back of my mind. The other thing that had me holding my breath was Aly’s first tumble, because she does so much in that pass. I don’t think she’s ever worried about it, because in her head she’s doing everything she needs to do to execute it beautifully. But as you watch, there’s a lot going on, so you fear something might go wrong. She basically does a round off, a backward one-and-a-half twist, and then she steps out of that to connect to another round-off, a back handspring, and then she does this spring called a double Arabian and basically goes up in the air to do a half turn and double front flip connected to a front layout, which is a front flip with a straight leg where her whole body is open. It’s incredible! It’s so insane. It wows me every single time.” 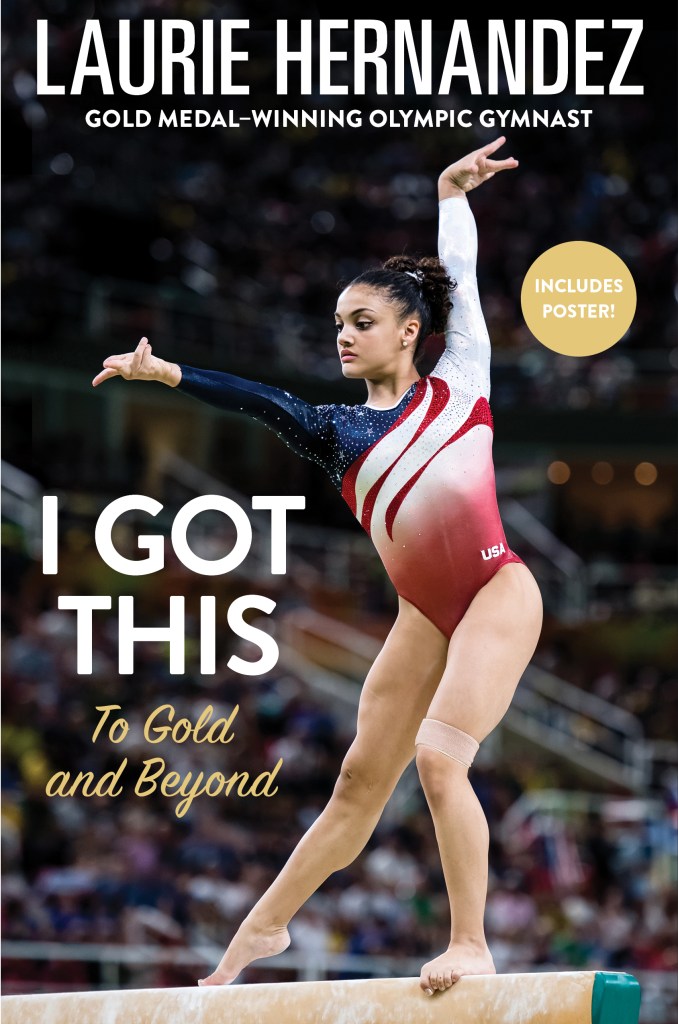