Marcel Kittel won one of the closest Tour de France finishes in history, by five millimeters, claiming a Stage 7 bunched sprint by a fraction of his tire tread on Friday.

The German came from behind Edvald Boasson Hagen‘s back wheel to edge the Norwegian. Kittel stretched his arms forward to throw his bike toward the finish line, while Boasson Hagen did not.

“I really had no clue if I won or not,” said Kittel, who tied the retired Erik Zabel for most Tour stage wins by a German. “On the finish line, I just thought, OK, this is going to be close.”

Boasson Hagen said he had “no clue” who won.

Finish line judge Severine Jamain said Kittel edged by Boasson Hagen by five millimeters when examining a finish-line camera that takes 10,000 frames per second, according to NBC Sports. It was the closest finish Jamain had seen in her 10 years.

It’s Kittel’s third win of this year’s Tour and 12th stage victory of his career. He grabbed the green jersey for top sprinter from Arnaud Demare and now leads the Frenchman by 15 points.

There were no significant changes in the overall race standings, still led by three-time Tour champion Chris Froome.

A four-man breakaway was caught with four miles left on the 133-mile stage.

The Tour returns to the mountains this weekend, beginning moderately with Saturday’s Stage 8. It features an up-and-down 117 miles, with three categorized climbs, the toughest a category one in the last 15 miles. 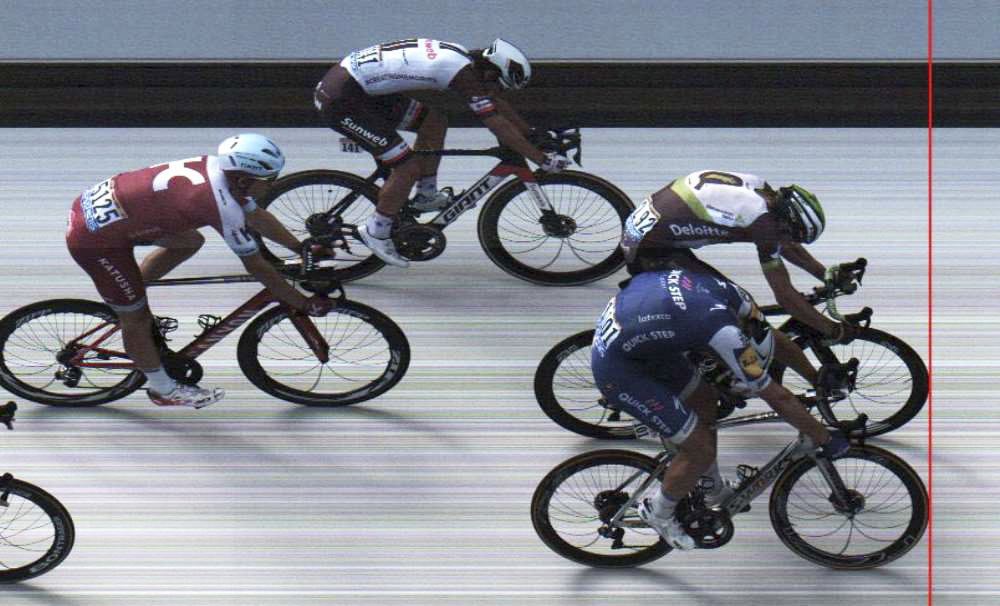 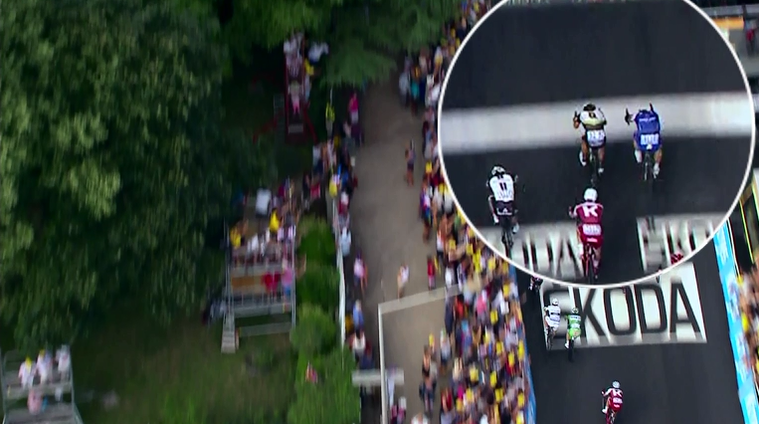