Serena Williams revealed her baby girl’s name on Wednesday, using an Instagram story to take her fans through her pregnancy.

“So we’re leaving the hospital after six, seven days,” Williams said in one of the Instagram clips. “It’s been a long time, but we had a lot of complications, but look who we got — we got a baby girl.”

In Olympic history, one Olympian went by the name “Olympia,” according to Olympic historians. That’s Australian rower Olympia Aldersey, who placed seventh in Rio in the eight event. Just something to remember for, say, 25 years down the road.

Williams, 35, has said that she hopes to return from pregnancy to defend her Australian Open title in January. She is one victory away from tying Margaret Court‘s record of 24 Grand Slam singles titles.

It also included a clip of her carrying the Australian Open trophy, won in January, with the caption, “No one knows I’m 8 weeks pregnant.”

Meet Alexis Olympia Ohanian Jr. You have to check out link in bio for her amazing journey. Also check out my IG stories 😍😍❤️❤️

Welcome, Alexis Olympia Ohanian, Jr., we're so happy to meet you. We made you a video of our adventure together so far (see bio). Our little girl is already mama's perfect sidekick. 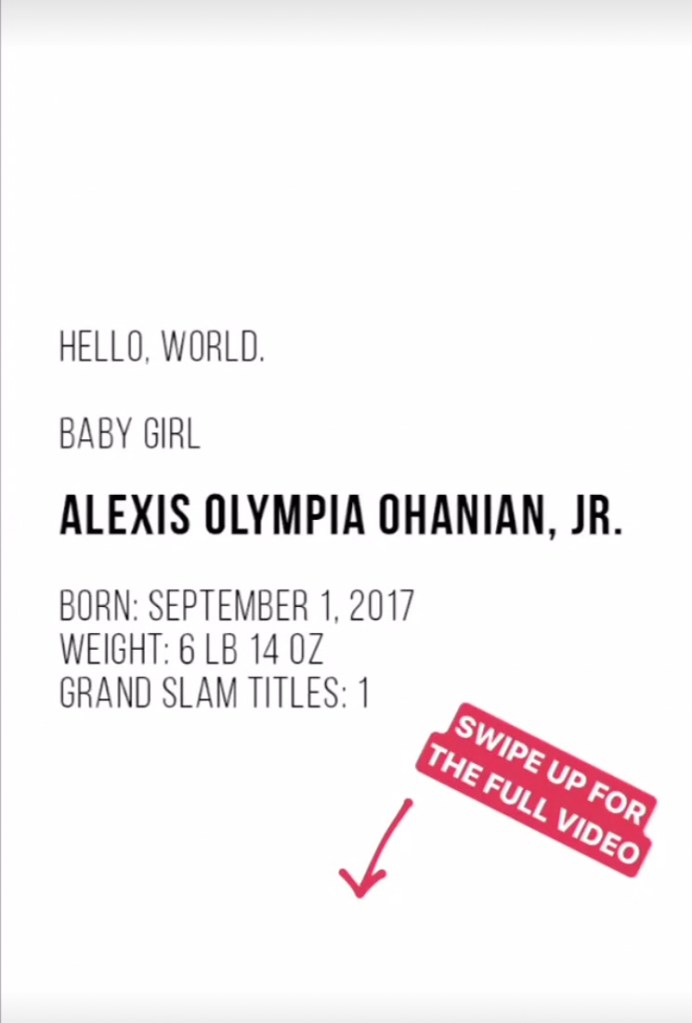