Margaret Lambert, a Jewish-German high jumper excluded from the 1936 Berlin Olympics, is the subject of the first documentary of the Olympic Channel series “Foul Play.”

Lambert told her story in an Olympic Channel interview just before her death in July at 103 years old.

The 23-minute film will be available on OlympicChannel.com and the Olympic Channel app starting Thursday.

Lambert, then known as Gretel Bergmann, was a German national champion and an Olympic medal contender in the summer of 1936. Less than two months before the Berlin Games, she cleared what ended up being the gold-medal height at the Olympics.

But she was not allowed to compete for Germany. She learned that via a letter dated July 16, 1936, two weeks before the Opening Ceremony.

“They told me that day that, according to your recent performances, I’m sure you did not figure on being a member of the team because you were too inconsistent or you weren’t good enough or whatever,” Lambert said in a profile that aired during NBC’s coverage of the 1996 Atlanta Games.

The bottom of the letter signed off, “Heil Hitler!”

“I don’t forgive Germany [for] what they did,” Lambert told the Olympic Channel. “Never, never, never forget. I don’t think anybody who went through this forgot and forgave.”

Lambert was actually living in England in 1935. German officials told her to come back to try out for the Olympic team, threatening her family.

It was a charade to appease nations considering boycotting the Games due to Nazi Germany’s discrimination.

“The Germans made me come back because I was the only one who was able to compete in the Olympics,” she said. “The token Jew.”

Once the U.S. and other nations committed to traveling to Berlin, Lambert was dismissed by German officials.

“The main reason I was so upset was I wanted to show what a Jew could do,” she said in the 1996 Olympic profile. “I wanted to embarrass Hitler. … I felt horribly cheated, and I still feel cheated to this day.”

She immediately made plans to flee, eventually moving to New York and swearing she would never step foot in Germany again.

She was good enough to make a U.S. Olympic team, but World War II meant no Olympics in 1940 or 1944 and the end of her high jumping.

Lambert gained worldwide fame in 1996, when she was invited by the German Olympic Committee to attend the Atlanta Games in an act of reconciliation. She accepted and, three years later, returned to Germany.

The Olympic Channel original series “Foul Play” explores controversial subjects including religion, gender and race within the context of sports and the Olympic Movement.

At least two more films are set to air with subjects being in announced in the coming months. 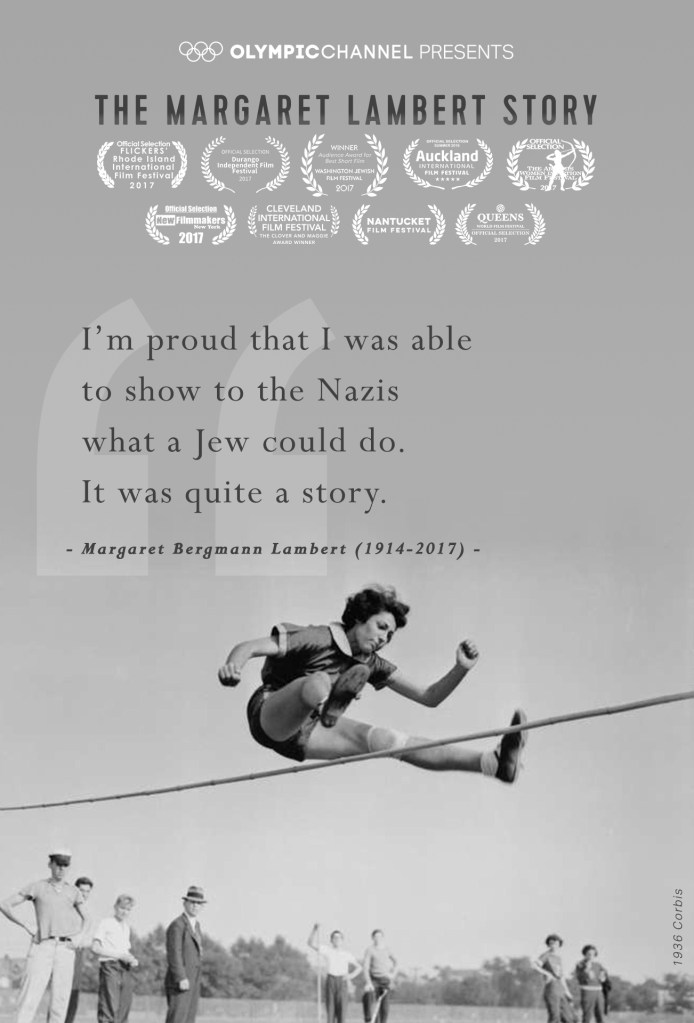