You won’t see Lindsey Vonn‘s tattoos when she’s in her full-body race suit, obviously. You won’t see them when she’s working out in the gym. Or when posing on a red carpet.

The 2010 Olympic downhill champion got her first permanent tattoo about a year ago. It’s the outline of a shark. And it’s strategically placed on the side of one of her fingers.

“[The shark is] just to signify always moving forward,” Vonn, who previously swam with sharks, said at the U.S. Ski & Snowboard Gold Medal Gala in New York City last week. “Sharks can’t move backwards. They can’t stand still. Otherwise they die. So, I just have to keep that in mind. Keep remembering to stay focused on my goals and always go after them.”

Vonn revealed the shark to Snapchat followers on the morning of Jan. 21. “Game day,” she captioned the image from Germany.

Hours later, Vonn won a downhill in Garmisch-Partenkirchen (video here), marking her return to the top after the most painful injury of her career two months earlier.

Then this summer, Vonn got a second tattoo. It’s the word “believe” in Greek. Again, on the inside of a finger.

“Signifying my last Olympics [in 2018] and just need to believe in myself,” she said.

The tattoo placements are reminiscent of actor Bryan Cranston, who got the “Breaking Bad” logo tattooed on the inside of a finger. That way it was hidden, but he could look at it anytime he wanted.

Why did Vonn choose that space?

“I’m going to keep that a secret,” she said.

On how confident she is that the International Ski Federation (FIS) will accept her bid to race men next fall, in light of critical comments from top European ski officials:

“I’m not confident, but at the same time we still have some wiggle room. We still have quite a few months. Hopefully, I can get my point across and I can maybe convince someone that sees me as a princess and be able to change his mind. But, you know, I’m not holding my breath. If it doesn’t work, then I will find another solution. But it will happen one way or the other.”

On whether that created tension when she raced in Austria two weeks ago:

“I think they all realize that their comments weren’t appropriate, and they choose not to engage me. Which is smart on their part.”

“I found out from her Twitter feed. I think FIS retweeted it, or one of those ski outlets retweeted it. I was shocked. She was in really great shape. I just saw her in Chile [at preseason training]. Obviously, it’s incredibly disappointing to see a big star from our sport go down right before the Games. But she’s one of quite a few, unfortunately, this spring and summer and fall, already. All I can do is hope that she comes back strong. I’ve done it, so I know she can, too.”

Would it mean anything different to win Olympic downhill gold without the reigning world champion in the field?

“Sochi went on without me, without the reigning world champion as well [Marion Rolland of France]. It is what it is. It’s part of the sport. People come and go. Injuries happen. That’s life. Whoever is in the starting gate that day is who you have to beat.”

On her friendship with Olympic champion gymnast Aly Raisman:

“She has really good morals and great character. I really enjoy spending time with her. She’s a young athlete, so it’s fun to see her grow and mature in just the few months that I’ve known her. She might be the Olympic athlete that I’m closest to, probably, but I still have my teammates in Alpine skiing as well.” 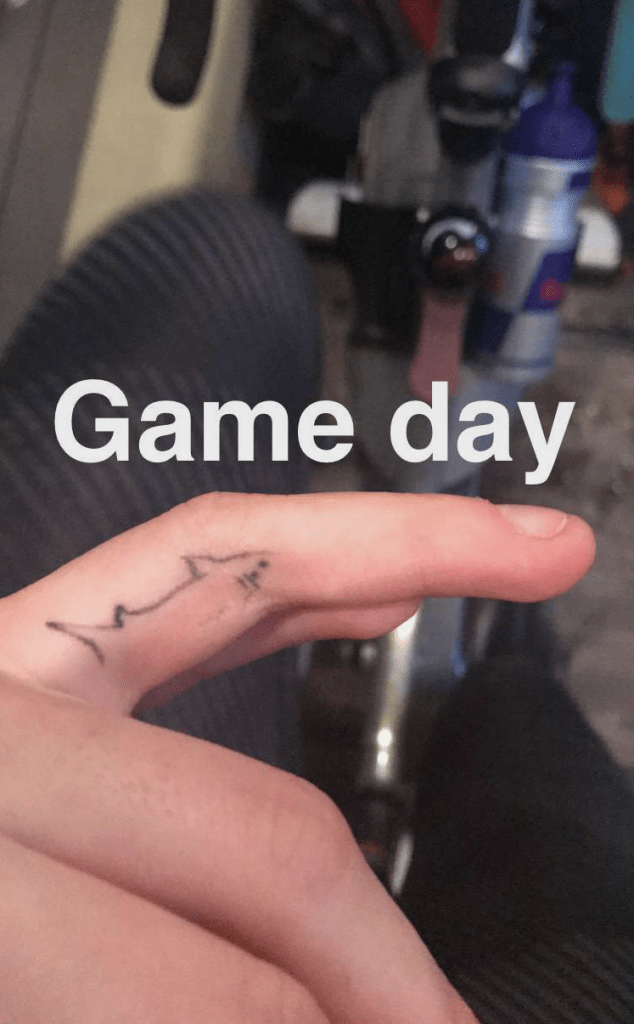 Friedrich’s four-man sled won the world title by 69 hundredths of a second over British and Latvian sleds that tied for silver, combining times from four runs over the last two days in St. Moritz, Switzerland.

Every race of the world Alpine skiing championships airs live on Peacock from Feb. 6-19.

Mikaela Shiffrin is the headliner, in the midst of her most successful season in four years with a tour-leading 11 World Cup wins in 23 starts. Shiffrin is up to 85 career World Cup victories, one shy of Ingemar Stenmark‘s record accumulated over the 1970s and ’80s.

World championships races do not count in the World Cup tally.

Shiffrin is expected to race at least four times at worlds, starting with Monday’s combined. She earned a medal in 11 of her 13 career world championships races, including each of the last 10 dating to 2015.

Shiffrin won at least one race at each of the last five world championships (nobody has gold from six different worlds). Her six total golds and 11 total medals are American records. At this edition, she can become the most decorated skier in modern world championships history from any nation.

She enters one medal shy of the record for most individual world championships medals since World War II (Norway’s Kjetil Andre Aamodt) and four medals shy of the all-time record. (Worlds were held annually in the 1930s, albeit with fewer races.)

The other favorites at these worlds include Italian Sofia Goggia, the world’s top female downhiller this season, and the two leading men: Swiss Marco Odermatt (No. 1 in super-G and giant slalom) and Norwegian Aleksander Aamodt Kilde (No. 1 in downhill).

*Delayed broadcast
*All NBC coverage streams on NBCSports.com/live and the NBC Sports app for TV subscribers.