Christian Coleman is the fastest man of all time — indoors.

The 21-year-old U.S. sprinter broke the world indoor 60m record by clocking 6.37 seconds at his first meet of 2018 in South Carolina on Friday night.

The record must still go through ratification procedures, which requires a drug test.

The 60m is the indoor equivalent of the outdoor 100m. They are the shortest sprints contested at their respective world championships.

Coleman, a 4x100m prelim relay runner at the Rio Olympics, has blossomed into arguably the early 2020 Olympic 100m favorite.

He most memorably clocked a 40-yard dash of 4.12 seconds last spring, which is one tenth faster than the NFL Combine record.

There are no world outdoor championships this year, but Coleman could go for the world indoor 60m title in Birmingham, Great Britain, in March.

Coleman’s mark is the first men’s world record in an event contested at a world championships since Wayde van Niekerk broke Michael Johnson‘s 400m world record at the Rio Olympics.

MORE: Bolt aims to train with soccer club in March

In Christian Coleman's last two meets he has beaten Usain Bolt and set a world record. May as well retire now kid, it's all downhill from here… 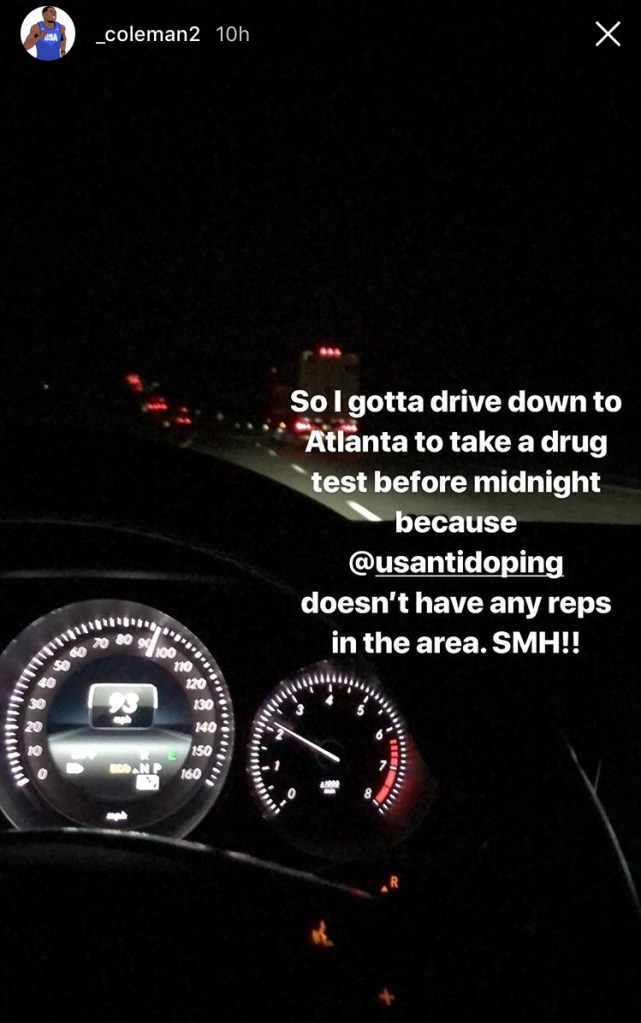