The jerseys had to be made after the International Olympic Committee mandated in December that uniforms for Russians athletes in PyeongChang meet this criteria:

That in mind, “Olympic Athlete from Russia” appears on the uniforms where “Россия” would have appeared.

Also, the Russian double-headed eagle emblem across the chest is replaced by a jersey number.

What hasn’t changed is the color. It appears to be the same shade of red from the original design unveiled by Nike in November.

The original Russian jersey for PyeongChang (via Nike): 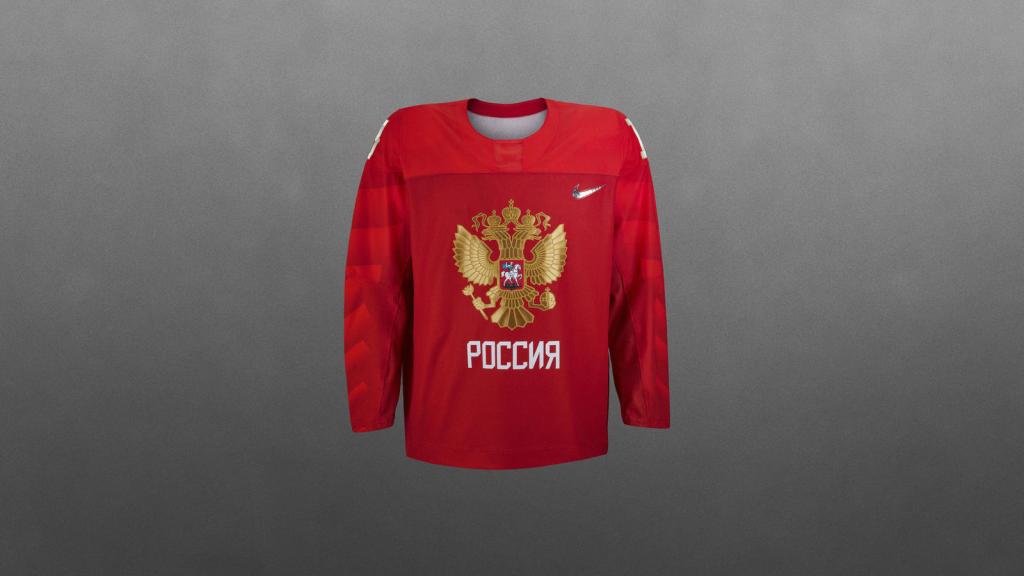