Shaun White’s win in the men’s halfpipe marked just the second time a country has won at least 100 gold medals at the Winter Olympics, joining Norway (which started Wednesday with 121 golds).

Let's take a look at the other 99! pic.twitter.com/HeBR3xdBgj 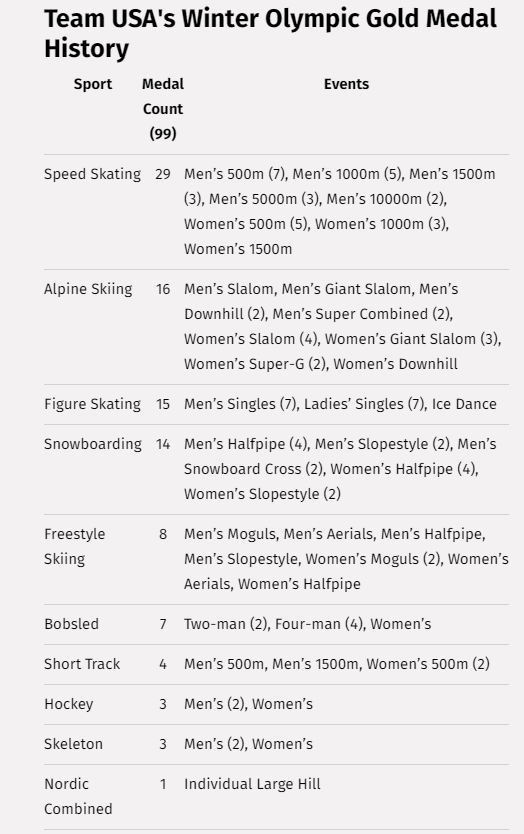 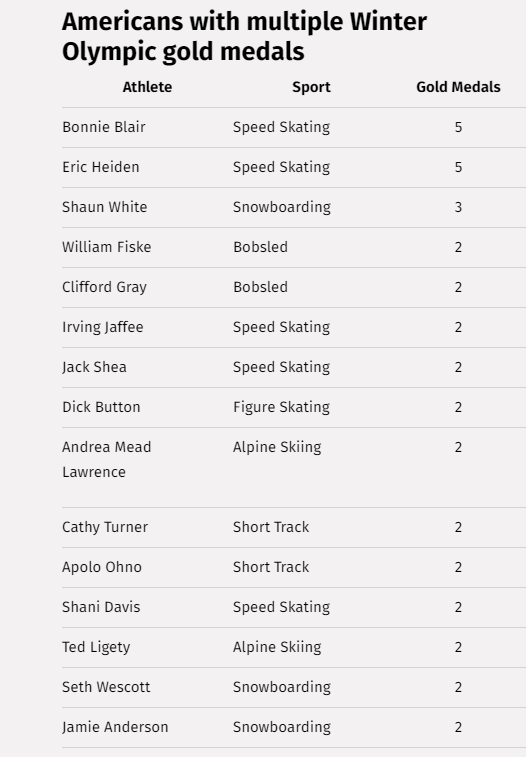