SCHEDULE UPDATE: Vonn will will return for the final women’s downhill training run on Monday at 9 p.m. ET. LIVE STREAM

When NBC cameras zoom in on the two-time Olympic medalist, viewers will notice that she wrote a couple of messages on her uniform in permanent marker.

On the thumb of her right glove, Vonn has the word “believe” in Greek. It mirrors a tattoo she has on the inside of a finger. 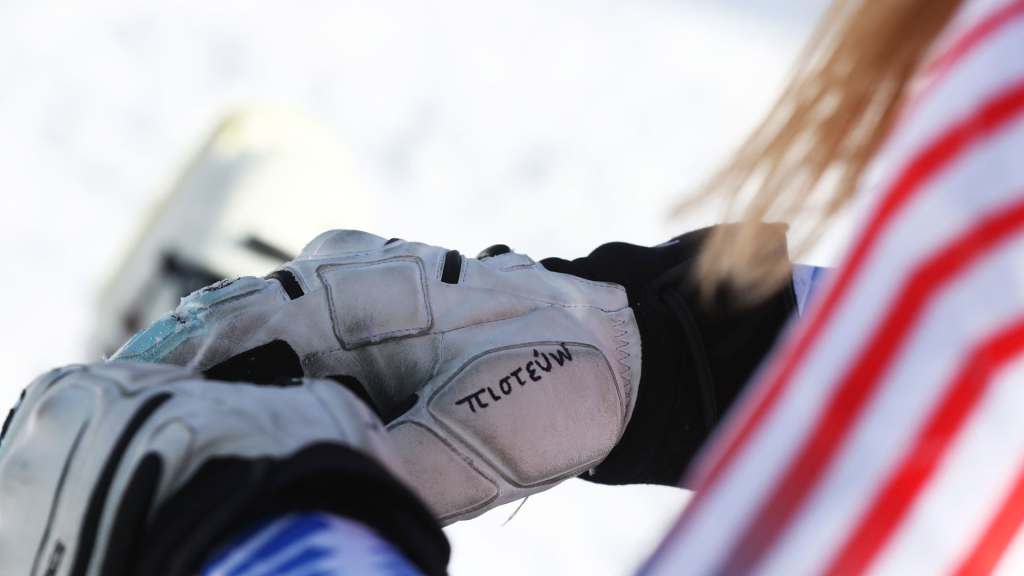 “Signifying my last Olympics [in 2018] and just need to believe in myself,” Vonn said to NBC’s Nick Zaccardi.

On her helmet, Vonn has the initials “D.K.” and a heart. It is meant to honor her late grandfather, Don Kildow.

Kildow, who served in the Korean War from 1952-54, died on Nov. 1. Watch to learn more about Vonn’s special relationship with her grandparents:

WATCH: Lindsey Vonn’s inspiration? Her grandfather
Vonn will return to competition Tuesday in downhill. She won the 2010 Olympic gold medal in the event.
Powered by WordPress VIP