Four international beach volleyball players conquered any fear of heights and scaled a Ferris wheel to hit back and forth.

World championships silver medalists Clemens Doppler and Alex Horst of Austria and Norwegians Anders Mol and Christian Sørum squared off about 215 feet above the ground on Vienna’s Riesenrad Ferris Wheel in a recent photo shoot.

“I was scared, and I’m still scared,” Horst laughed, according to the FIVB’s Beach Major Series. “I closed my eyes on the way up but when we reached the top I opened them, and the view was amazing. It was a once-in-a-lifetime opportunity.”

The shoot was a promotion for the beach volleyball major in Vienna starting Aug. 1.

“This is so crazy, you’d have to pay me a lot of money to do this,” was posted on Dalhausser’s Instagram with a video of the Ferris wheel shoot. 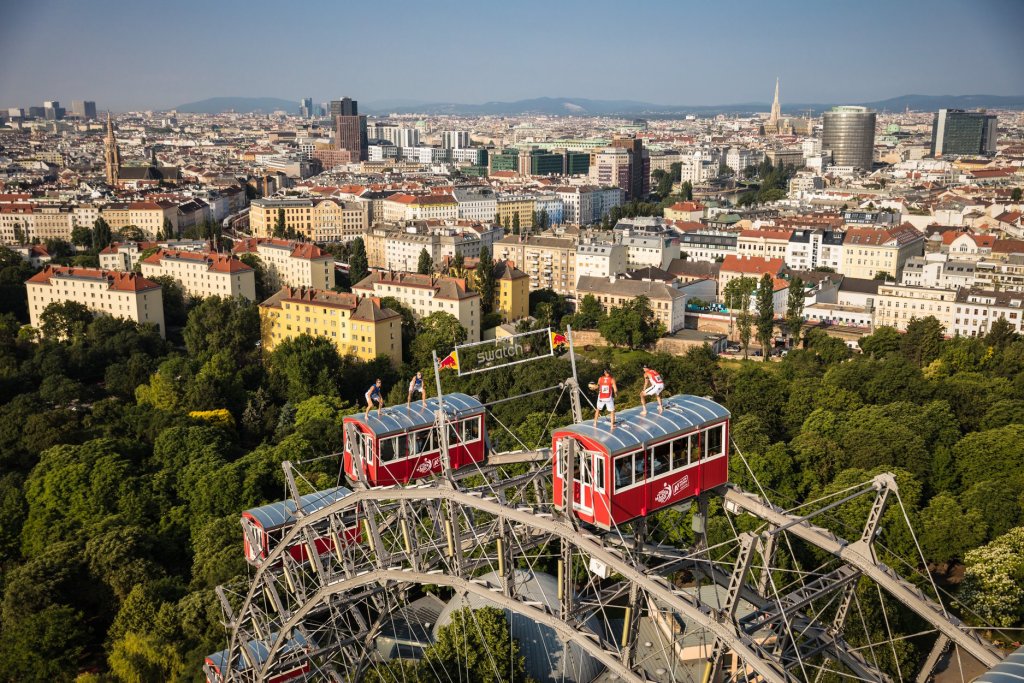 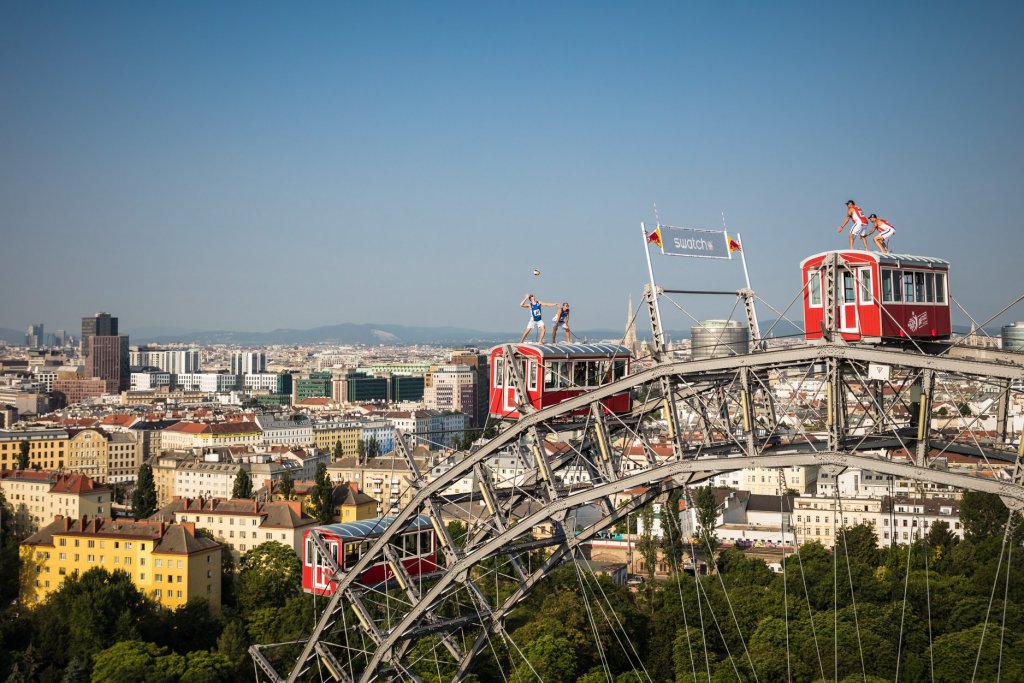 Never before has beach volleyball hit these heights 🤯 #ViennaMajor

A post shared by Beach Volleyball Major Series (@beachmajorseries) on Jun 6, 2018 at 3:24am PDT