The Tokyo Olympic torch relay will start March 26, 2020, in the tsunami-affected prefecture of Fukushima, after the Olympic flame arrives from its ceremonial lighting in Olympia, Greece.

As previously announced, the torch relay will visit all 47 prefectures of Japan with emphasis on the area affected by the 2011 Tohoku earthquake and tsunami.

The torch relay will also spend 15 days in the Tokyo metropolitan area, plus three days each in the four prefectures hosting multiple Olympic events (Chiba, Kanagawa, Saitama and Shizuoka).

More torch relay details, including regarding the specific route and start date in Olympia, will be announced later. 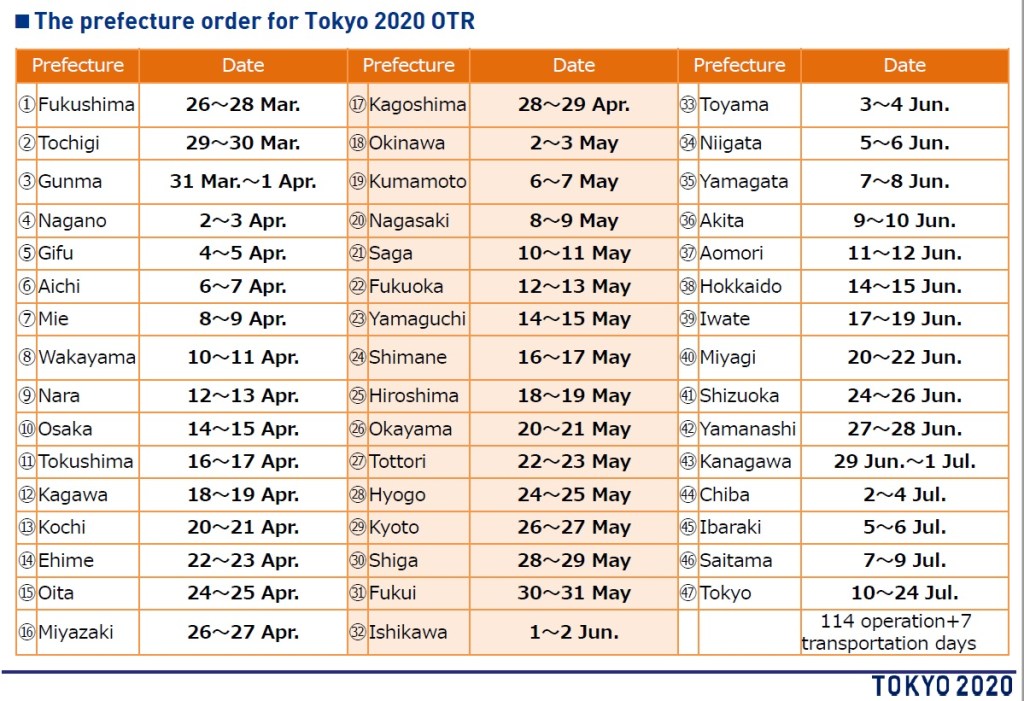