Noah Lyles put on his Speed Racer socks and roared like a Dragon Ball Z character. Then he backed it up as usual, winning the Diamond League final 200m in 19.67 seconds in Zurich on Thursday.

“I was looking for a PR, like always,” Lyles, who missed his best time by .02 running into a slight headwind, said on Swiss TV. “But getting close to it is even better. It really humbles yourself to make sure that next year I’m going to really bring it.”

It was .01 off Usain Bolt‘s meet record from 2012. Bolt remains incomparable, but Lyles is the closest thing the sport has seen since the Jamaican’s retirement a year ago.

The dancing Lyles has four times broken 19.7 seconds this season. Only Bolt has done so before, during his peak season in 2009. Michael Johnson broke 19.7 twice in his entire career.

Lyles turned 21 last month. When Bolt was that old, his personal best was 19.75, one tenth slower than Lyles’ current best. Though Bolt lowered it to 19.30 by the time he turned 22.

Lyles is undefeated in outdoor 200m races since he finished fourth at the 2016 Olympic Trials, just missing the Rio team as an 18-year-old. He was injured at the 2017 U.S. Championships, forcing him out of the 2017 Worlds.

So Lyles never raced Bolt, but he has been the world’s best sprinter this season, also taking the U.S. 100m title in June.

The last Diamond League meet of the season is Friday in Brussels, live on NBC Sports Gold at 12:05 p.m. ET and Olympic Channel: Home of Team USA at 2.

In other events Thursday, Olympic and world champion Conseslus Kipruto won the 3000m steeplechase with one shoe.

Caster Semenya extended a near-three-year win streak in the 800m, gapping the field by 2.59 seconds in 1:55.27. World bronze medalist Ajeé Wilson of the U.S. was the distant runner-up.

Semenya owns the world’s seven fastest times since the start of 2016, topped by her South African record 1:54.25 from June 30, but the 800m could look different next year.

An IAAF rule limiting testosterone in female middle-distance runners is scheduled to go into effect next season. Semenya, who was gender tested in 2009, is challenging it to the Court of Arbitration for Sport.

In the men’s 400m, 2017 U.S. champion Fred Kerley won a Wayde van Niekerk-less race in 44.80 seconds. That was well off the fastest time in the world this year (43.61) held by American Michael Norman (also not in Zurich). Kerley said after that he was coming off an injury.

Van Niekerk, the Olympic and world champ and world-record holder, missed all of this season after October 2017 meniscus and ACL tears playing touch rugby.

World silver medalist Steven Gardiner of the Bahamas pulled up on the last straightaway and did not finish. He was able to walk off the track. 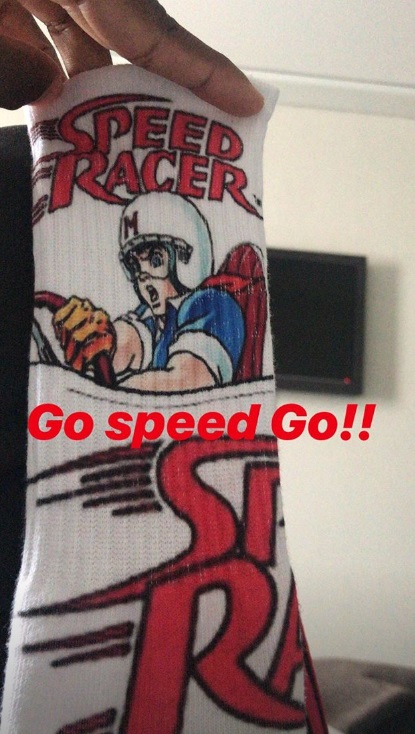