U.S. pairs figure skater Ashley Cain is recovering after falling on the top of her head at a competition in Croatia on Friday night.

“I got checked out at the hospital, and I am going to continue my recovery back home,” she said, according to U.S. Figure Skating.

Cain came down awkwardly from a lift above partner Timothy LeDuc, who was spinning while supporting her above his body with his right hand.

Cain dropped through LeDuc’s arms and down to the ice, landing on the top of her head. LeDuc then fell on top of Cain. She unfurled and, after a few seconds, got back on her feet with some help from LeDuc. The video with sensitive content is here.

They resumed the last 45 seconds of their free skate, concluding with a forward inside death spiral. Officials from the event have not replied to an emailed request for comment on why they were allowed to continue skating.

Off the ice three minutes later, Cain raised a thumb and held a peace sign while a man held a bag of ice to the back of her head. She was wearing a skin-colored neck covering.

Cain and LeDuc finished fourth at last season’s U.S. Championships and earned a bronze medal at Skate America in October. 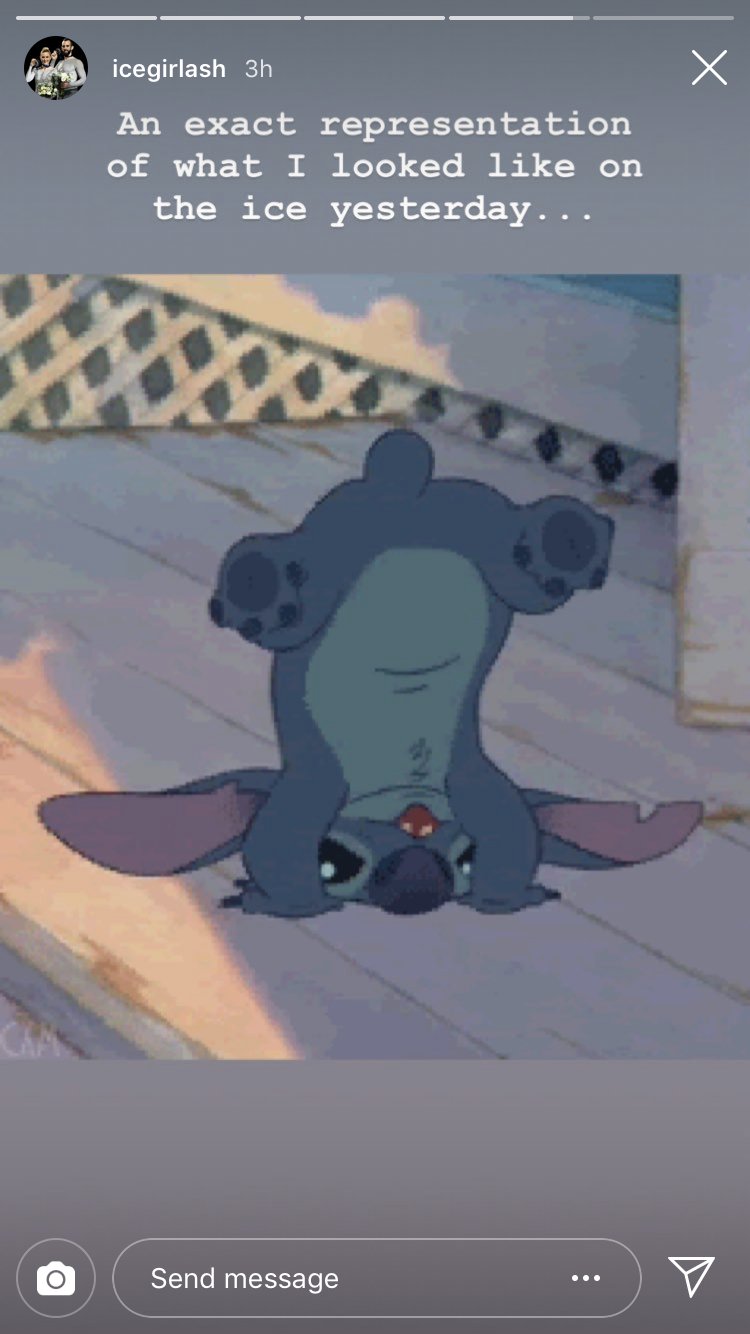