Roger Federer and Rafael Nadal were drawn into the same half of the Wimbledon men’s draw, potentially setting up their first meeting at the All England Club in 11 years.

Defending champion and top-ranked Novak Djokovic, eyeing his fifth Wimbledon title, could play No. 7 seed Stefanos Tsitsipas in one of the more intriguing quarterfinals. The other quarter in the top half is headlined by No. 4 Kevin Anderson and No. 6 Alexander Zverev.

In the bottom, eight-time champ Federer was drawn into a quarter with No. 8 Kei Nishikori and No. 9 John Isner.

Nadal has the toughest road of the Big Three.

The Spaniard could get mercurial Australian Nick Kyrgios in the second round, either Jo-Wilfried Tsonga or Denis Shapovalov in the third round and Marin Cilic in the round of 16 before a potential French Open final rematch with fifth seed Dominic Thiem in the quarters. All that to get to Federer, whom he last played at Wimbledon in their 2008 final epic.

Nadal has gotten past the fourth round at the grass-court Slam just once in the last seven years, reaching the semifinals a year ago. 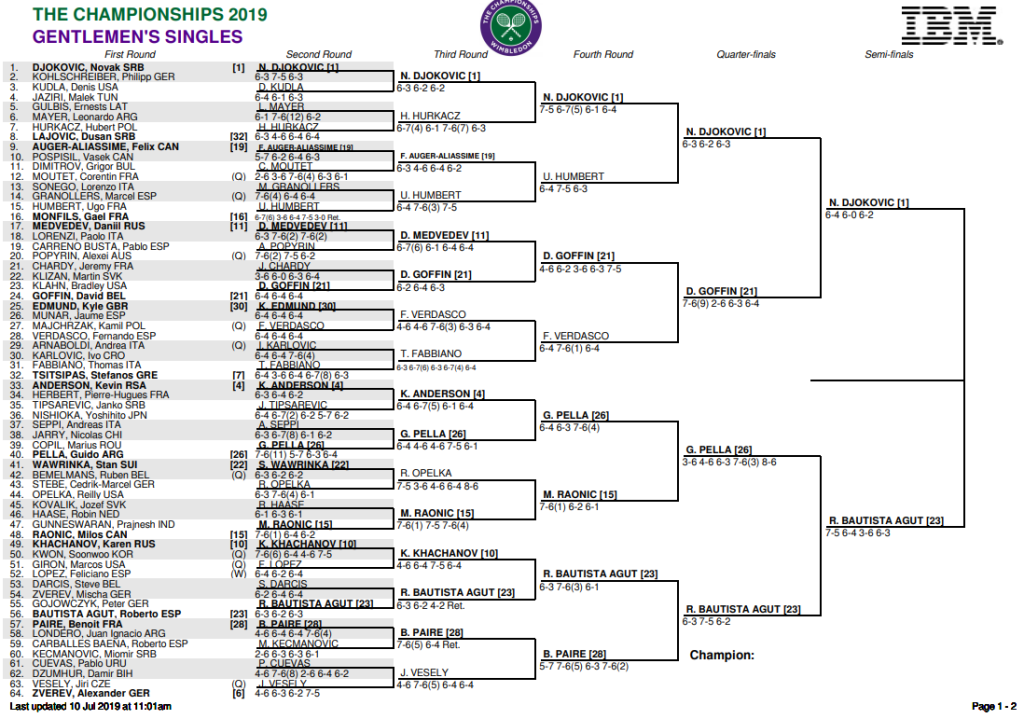 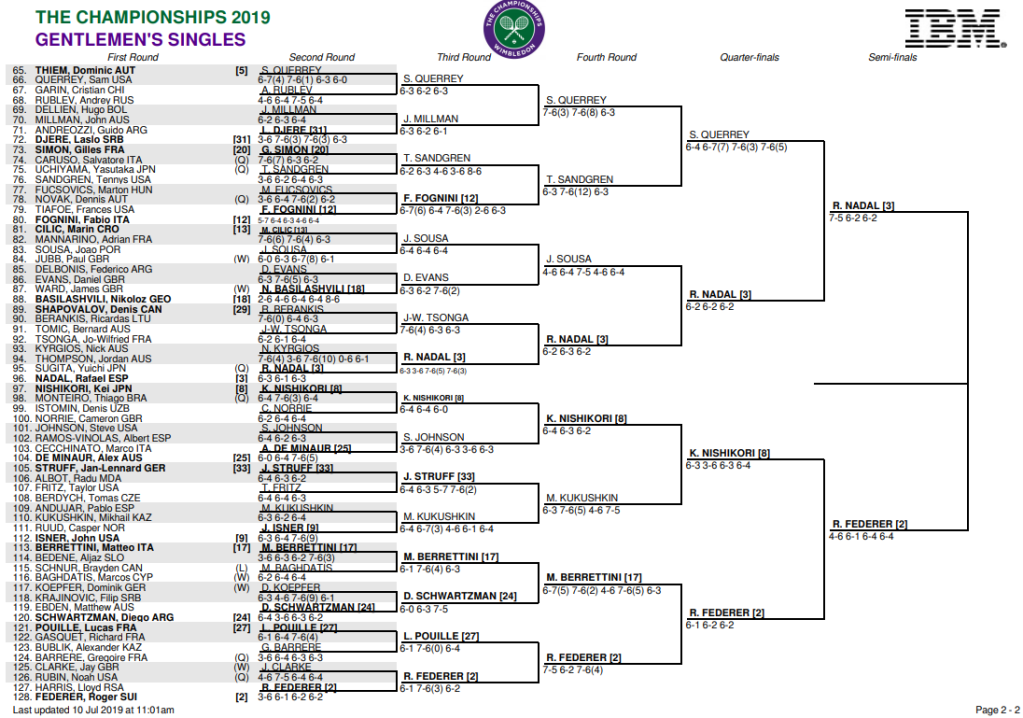