Williams could face defending champion Angelique Kerber or and an unseeded Maria Sharapova in the fourth round. In the quarters, top-ranked Ashleigh Barty or 2017 Wimbledon winner Garbine Muguruza could await.

Williams is playing her sixth Grand Slam since a life-threatening childbirth, seeking her first tournament title of any kind since becoming a mom. She is coming off her earliest exit from a Grand Slam in five years, falling in the French Open third round to 20-year-old American Sofia Kenin.

Williams was not at 100 percent in Paris, though, withdrawing from her previous three tournaments with health problems, citing a left knee injury at the last two. She hasn’t played any grass-court tune-up events (as usual, her last was in 2011).

The bottom half is headlined by No. 2 Naomi Osaka, whose road to a potential final includes Caroline Wozniacki (fourth round), Simona Halep or Madison Keys (quarterfinals) and Karolina Pliskova (semifinals). 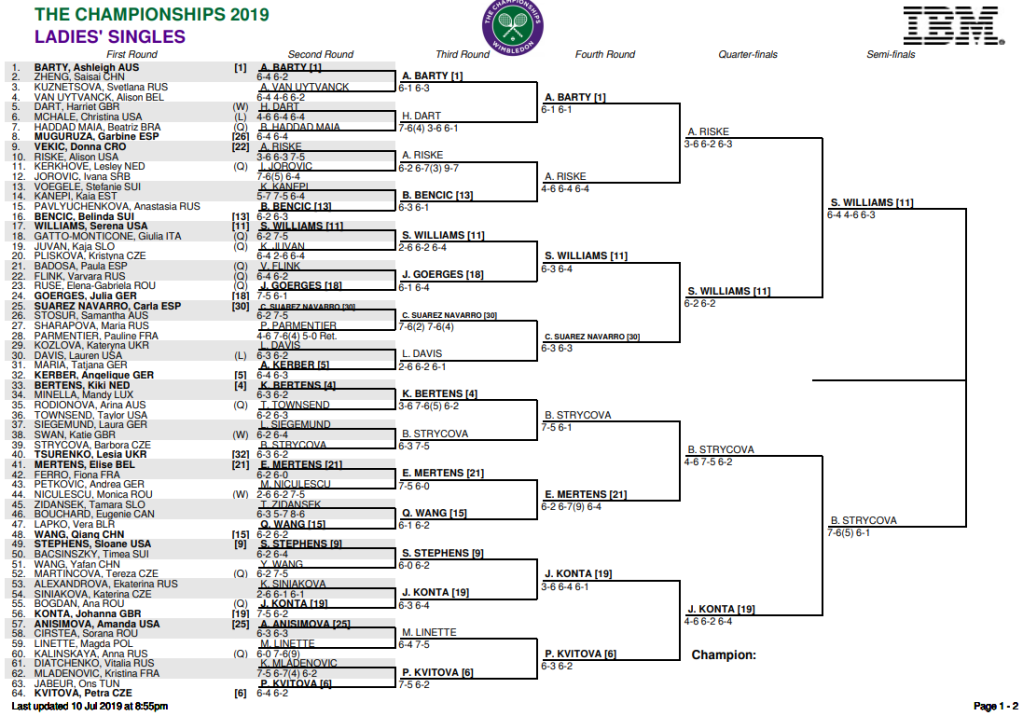 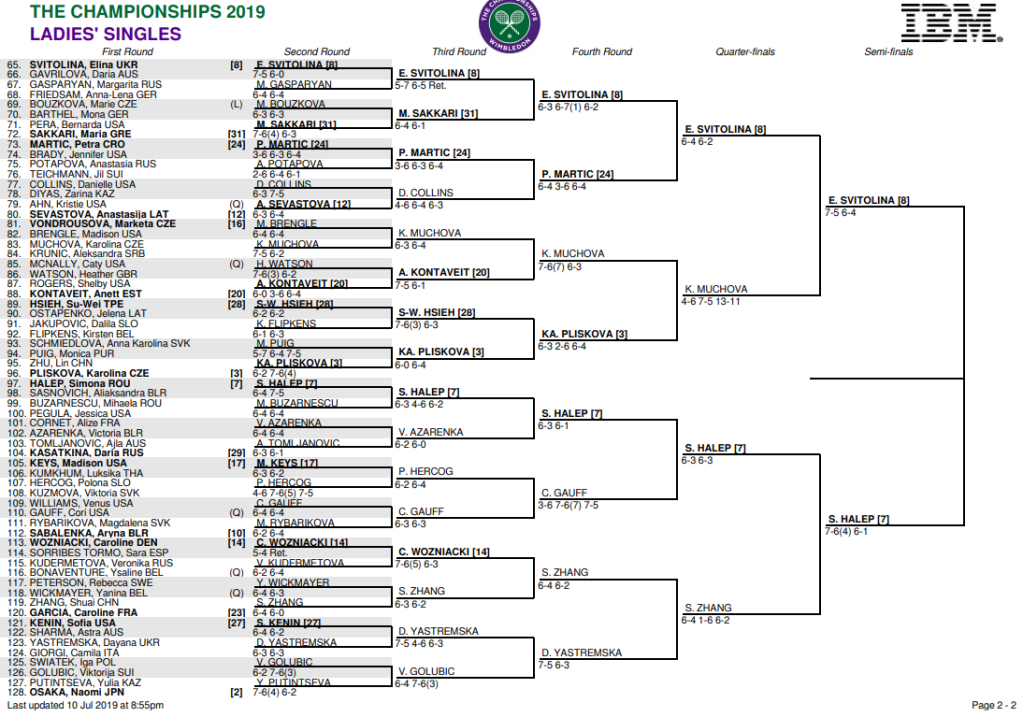