The Tokyo Olympic medals, created in part with metals from six millions recycled cell phones and other small electronics, were unveiled on Wednesday, one year out from the Opening Ceremony.

More than 78,000 tons of used cell phones and other devices were collected to help yield more than 12,000 pounds of gold, silver and bronze.

Each medal weighs between one pound (bronze) and 1.2 pounds (gold), to be distributed at the largest Games ever with records of 33 sports and 339 events.

The medal design was chosen from an open competition that attracted more than 400 entries.

The medals resemble rough stones that have been polished and which now shine, with “light” and “brilliance” their overall themes. The medals collect and reflect myriad patterns of light, symbolizing the energy of the athletes and those who support them; their design is intended to symbolise diversity and represent a world where people who compete in sports and work hard are honored. The brilliance of the medals’ reflections signifies the warm glow of friendship depicted by people all over the world holding hands. 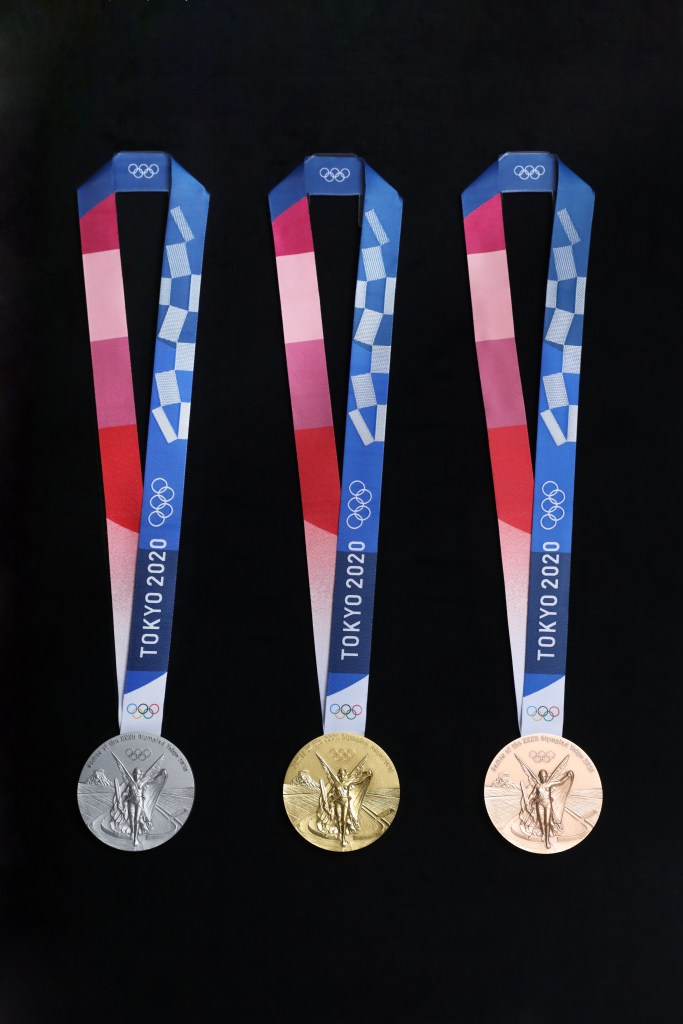