The one that he will wear in PyeongChang as the second athlete from his nation to compete at a Winter Games.

He said he was raised by his grandmother Minka in a one-room home with nine other children before joining his mom in the Netherlands at age 8 as an illegal immigrant and eventually moving to Utah.

Frimpong’s life — before he converted from sprinting to bobsled to skeleton — was chronicled in a 2010 Dutch documentary tilted “Theorie van het Konjin” (translation: The Rabbit Theory).

“My former sprint coach Sammy Monsels talks about the analogy of a rabbit in a cage, ready to escape from a lion,” Frimpong said in an email Monday. “I am that rabbit, and I have escaped the lions [of my past]. I am no longer being eaten by all the things around my life.”

The helmet that he will wear sliding head-first down an icy chute in South Korea in three weeks draws attention to it.

The design is of a lion’s head with mouth agape and a pair of rabbits coming out. Plus the colors of the Ghanaian flag. 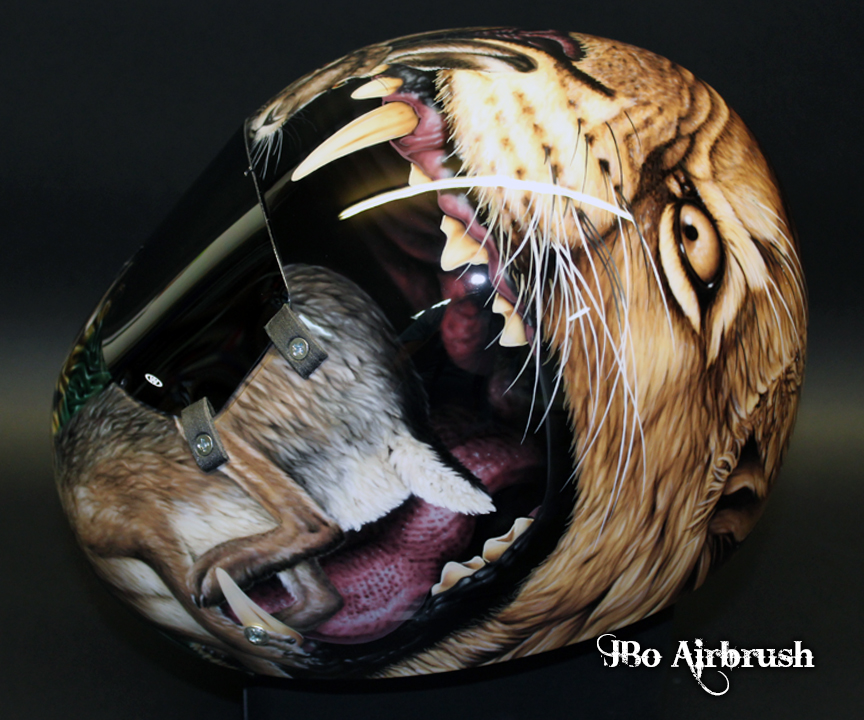 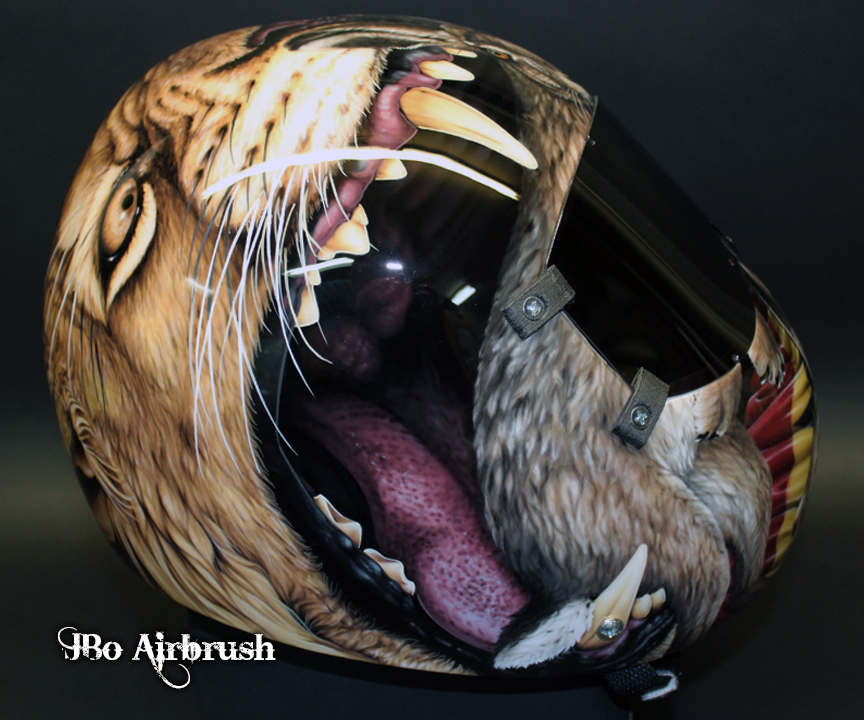 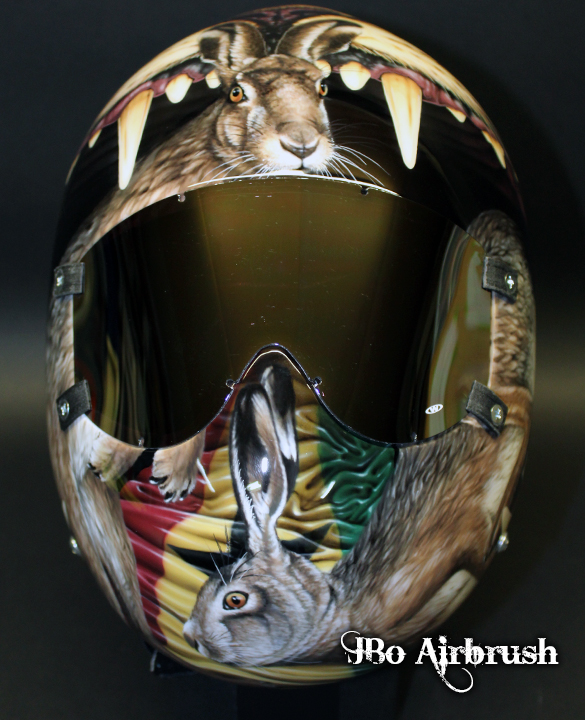 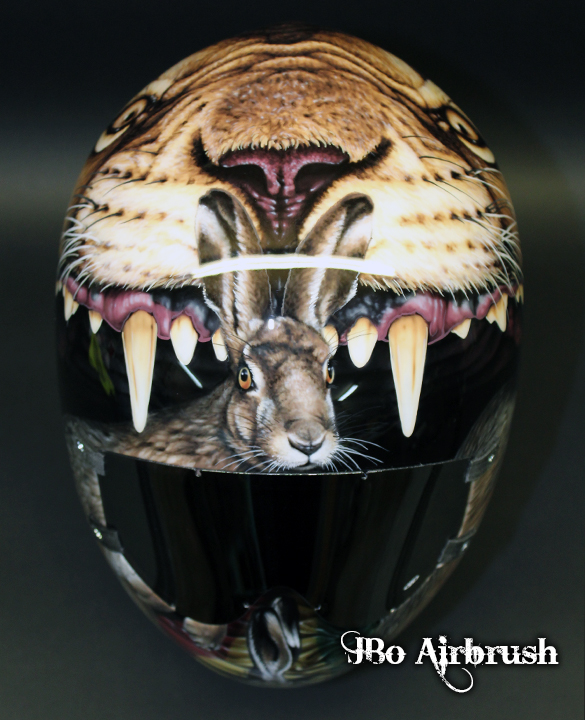 I have finally escaped from the lions 🦁 & become the rabbit 🐇 my coach wanted me to be after 15 years. The #RabbitTheory helmet for #PyeongChang2018 designed by @jboairbrush. @ibsfsliding @olympicchannel @martinhaven link to documentary https://lnkd.in/dXcgpJr

New Olympic bobsled and skeleton criteria that helped Nigeria qualify female bobsledders for Pyeongchang should also get skeleton racers from Ghana and Nigeria into the Winter Games, experts believe.

Ghana’s Akwasi Frimpong is ranked 104th in the world men’s skeleton rankings. The Olympic skeleton field will be 30 men.

But Frimpong is all but assured an Olympic berth when the field is announced in mid-January because he is the only ranked slider from Africa, bobsled and skeleton officials said.

Same for Nigerian Simidele Adeagbo, who triple jumped at the 2004 and 2008 U.S. Olympic Trials, in the women’s skeleton field.

Provided Adeagbo completes one more qualifying race, which she is expected to do January in Lake Placid. She is ranked 81st in the world.

Olympic bobsled and skeleton qualifying now grants the top athlete per continent a near-guaranteed Olympic place per event. So long as they complete five races on three different tracks in the last two seasons (and three races on two tracks this season).

Under previous rules, Frimpong and Adeagbo needed to be ranked in the top 60 and top 45 in the world, respectively, to make the Olympics. Not anymore.

For the Olympics, the international rankings will be cleaned of all athletes representing a nation that has already reached its maximum amount of quota spots. Frimpong and Adeagbo would easily move into the top 60 and top 45 under that criteria.

They could become the second and third Africans to compete in Olympic skeleton (Tyler Botha, South Africa, 2006).

Frimpong, 31, finished 44th out of 44 sliders at last season’s world championship in Koenigssee, Germany, more than four seconds behind the top men on each of his three runs.

He has raced on the lower-level North American Cup this season, finishing at or near the bottom in Park City, Calgary and Whistler.

“I’m not out there to make a Disney movie,” he said. “I’m not there to be mediocre. I’m there to compete, but I also know my boundaries and limits. My wife told me when you go to the Games, you’re going to be the least experienced athlete. You have to accept that part. My plan has always been 2022 to win a medal for Africa.”

Frimpong moved from Ghana to the Netherlands at age 8 and became a junior champion sprinter. He flew to the U.S. for college, sprinting for Utah Valley University in 2010 and 2011.

“Holy cow, 99 percent white people,” Frimpong said of moving to Utah, according to the Deseret News. “And of course I was invited right away to come to church. I went, because you know what, they had food.”

Then he got injured and switched to bobsled, joining the Dutch national team as a push athlete after missing the London Olympics on the track. Frimpong raced in one World Cup but did not make the 2014 Winter Olympic team.

Frimpong said he then became the top salesman in the U.S. for Kirby Vacuum Company.

Frimpong took one more foray into sports in 2015, becoming a skeleton racer and this time competing for his native Ghana. He confirmed this story from the Herald in Scotland:

He was born in Ghana and was raised in his formative years by his grandma, Minka. She brought up 10 children, including Frimpong, in a room measuring only four metres squared. They were so poor that they only had a full egg or entire bottle of Coca Cola on Christmas day.

Frimpong can become the second Winter Olympian from Ghana, joining Kwame Nkrumah-Acheampong (aka the “Snow Leopard”), who was 47th out of 48 finishers in the 2010 Olympic men’s slalom.

Adeagbo, 36, can join the bobsledders as Nigeria’s first Winter Olympians.

She was born in Toronto to Nigerian parents. Adeagbo said she moved back to Nigeria when she was 2 months old — her dad needed to go back for requirements to become a university professor — and lived there until she was 6.

Then they moved to Memphis. Then Newfoundland. Finally, to Kentucky — high school near Louisville and college at the University of Kentucky in Lexington, where she triple jumped.

Adeagbo graduated in 2003 and has worked for Nike ever since.

Including while triple jumping in 2008, when she set a personal best by a foot in the U.S. Olympic Trials qualifying round and ranked third in the nation for the year. But she was eight inches shy of the Olympic qualifying standard. She retired.

Adeagbo continued with Nike in Oregon — once performing as a Serena Williams body double for a press kit — until taking a new job with the company in 2013 in South Africa. She has been a marketing manager for Nike’s Africa division for the last four years.

About this time last year, Adeagbo learned of the Nigerian bobsled team seeking to become the first Olympians from Africa in the sport. All three women on the team are former NCAA track and field athletes like Adeagbo.

“I was immediately intrigued,” she said. “I had heard about track and field athletes making the move to bobsled [Lolo Jones and Lauryn Williams in Sochi, most recently] and I thought, hmm, that would be interesting.”

Adeagbo was told the bobsled team was pretty set and an immediate opportunity to make it for the Olympics in a year would be difficult. She let it simmer for a few months. In July, she flew from Johannesburg to an open combine tryout for the team in Houston.

The Nigerian federation called her back for her first on-ice sliding camp in Canada in September. She tried both bobsled and skeleton.

“By the end of the week I started to kind of see the opportunity was really in skeleton,” she said. “In terms of bobsled, the timing wasn’t quite right to integrate into the team.”

Adeagbo raced for the first time on Nov. 12 — three months before she may slide in Pyeongchang. She called her introduction to zooming over 50 miles per hour head-first down an icy chute “violent and turbulent.”

In four North American Cup races this fall, Adeagbo finished in last place every time, an average of about six seconds per run behind the winner.

“My goal [at first] was to just not scream bloody murder as I’m going down,” she said. “Within a few runs, your brain somehow catches up with the speed at which you’re going, and it starts slowing down.

“It’s been a lot of learning in a short amount of time with a very lofty goal.”

Adeagbo said that from the beginning she was told it takes eight years to develop into a world-class skeleton athlete, if it happens at all. She was also told that the Pyeongchang Olympics were a possibility for her given the continental representation spot.

“I think the sport should be as global and universal as possible,” Adeagbo said. “That’s what sport is about.”

She said the International Bobsled and Skeleton Federation has not communicated to her whether she is safely in the Olympic field. Quota spots will be announced in mid-January for all countries.

“Based on different conversations and just kind of what I’ve observed in the sport and looking at the [ranking] list, it’s highly probable that if I do what I need to do, which is get that minimum requirement [of one more race], that I should be in for sure,” Adeagbo said.