Chloe Kim is one of three Olympians honored with Barbie dolls ahead of International Women’s Day on Thursday.

Kim, the PyeongChang snowboard halfpipe gold medalist, is one of 17 historic and modern-day role models honored in the collection.

“Barbie’s message — to show girls that they can be anything — is something I can get behind,” the 17-year-old Kim said in a media statement. “I’m so honored to be considered a role model and want girls to know that they can be athletic and girly at the same time!”

The other Olympians in the set are 2012 and 2016 Olympic flyweight boxing champion Nicola Adams of Great Britain and China’s 2016 Olympic volleyball champion team captain Hui Ruoqi, who retired last month. 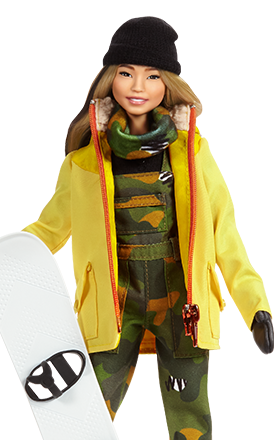 U.S. fencer Ibtihaj Muhammad, the first Muslim-American woman to compete at the Olympics with a hijab, now has her own Barbie doll.

The doll, available for purchase next year, was unveiled Monday at the Glamour Women of the Year Summit.

“When I was growing up, I didn’t have many options of dolls that looked like me,” Muhammad said, according to Glamour. “But today, we’re changing that.”

Muhammad’s Barbie is the first in the doll’s 58-year history with a hijab.

“This is such a big moment for little girls everywhere,” she said, according to Glamour, adding that she used to sew tiny hijabs onto her dolls growing up.

Muhammad, 31, lost her opening bout at the world championships in July, 11 months after taking bronze in the team event in Rio. Muhammad lost in the round of 16 in the individual event in Rio. 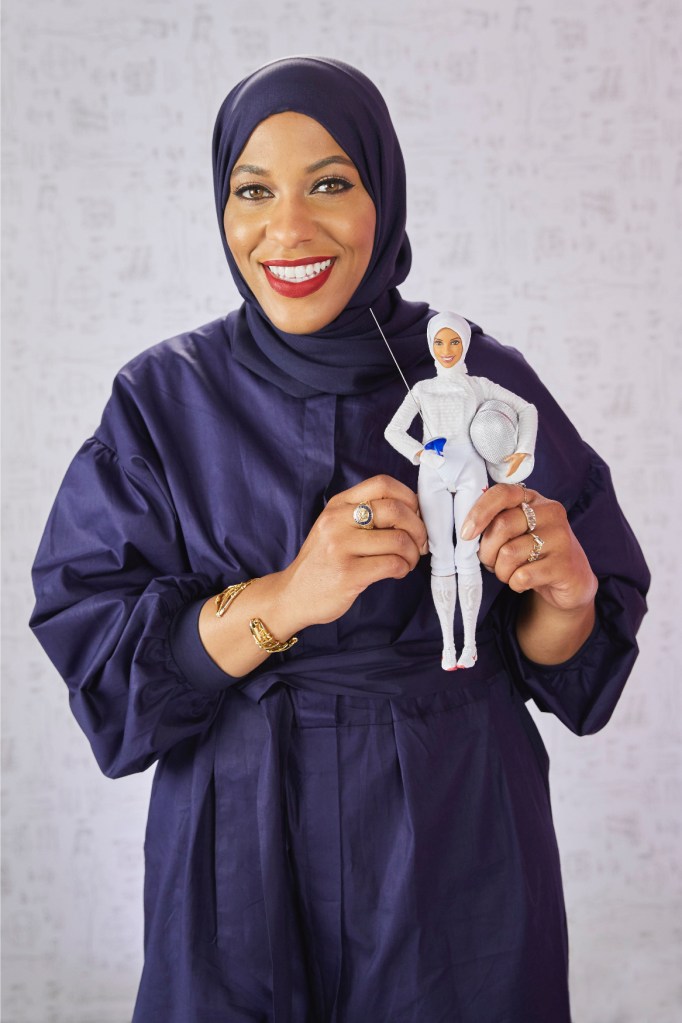 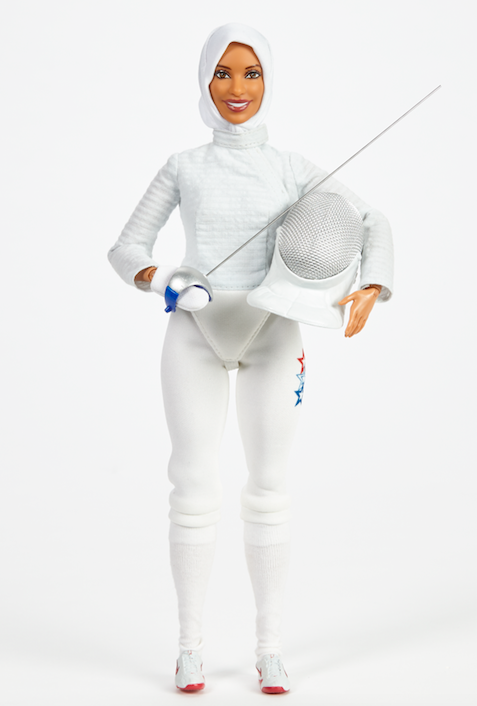