The last luge competition of Kate Hansen‘s career came at the Sochi Olympics. The one before that, she became the first U.S. woman to win a World Cup race in 17 years.

Not a bad way to go out.

Hansen has retired and will not attempt an Olympic encore in two years.

“I won’t go back to [competing in] luge,” Hansen said in a phone interview, coming to a firm decision the last several months. “As much as I miss my team, I miss my people, I miss traveling, I’m just feeling good about where my life’s at. I’m feeling fulfilled in a lot of different ways.”

She may be done speeding down an icy chute at 80 miles per hour, but she’s not done challenging herself. Hansen’s bucket list includes a trip to Pamplona, Spain, next year to participate in the Running of the Bulls.

She placed 10th in Sochi while also gaining fame for her warm-up dance routine while listening to Beyoncé and pranking the world with her wolf-in-the-athletes-village video.

“I never cared if I won or lost; I never cared about racing,” Hansen said. “Results, like they got me through the day-by-day, but my favorite part was being able to travel the world and make best friends all over.”

She’s still involved in the sport. Hansen will be the analyst on NBCSN and NBC Sports Live Extra‘s broadcast of the World Luge Championships on Thursday from 6:30-8:30 p.m. ET.

“It’s really cool to use my craft that I’ve been working on half my life in a setting outside of competition,” Hansen said. “To still be a part of it is really fulfilling.”

Hansen, 23, sat out the last two seasons to concentrate on studying public relations and business at BYU (and backpack around Europe, Ecuador and Peru). She’s one year from her degree.

On March 27, 2014, Hansen was sought out by the Los Angeles Dodgers’ social media while attending a game to perform on their Dance Cam.

One month later, she threw out a ceremonial first pitch at a Dodgers game, met the right people and was offered a job with the club.

“Stars aligned,” Hansen said. “I would’ve never been able to take that job if I had been training.”

Hansen carries a microphone to help with an on-field pre-game show and in-game promotions (as she does at BYU). It helped her re-connect last summer with Jimmy Kimmel, with whom she pulled off the wolf-video prank in Sochi.

She hopes to be offered an ESPN internship for this summer after finding a delicate way to include her viral Sochi fame on her application.

“I embarrassed myself in front of the whole world,” she joked. “I definitely don’t lead with that.”

Hansen is also working on checking items off her bucket list, such as fixing up a motorcycle, reading Malcolm Gladwell‘s five books and wearing hoop earrings.

Hansen and her older sister plan to celebrate their birthdays in 2017 with a trip to Spain. They’re inviting anybody who wants to join them in the Running of the Bulls.

“I feel like after I went to the Olympics, if I have enough confidence, I can do anything,” Hansen said.

MORE: Update on every U.S. Olympic medalist from Sochi, two years from Pyeongchang

“This was just the one last check in the career,” Hamlin said, according to The Associated Press.

Hamlin became the second U.S. woman to win a non-sprint World Cup luge race since 1997, joining Olympic teammate Kate Hansen, who topped the podium in the final World Cup of the 2013-14 season before the Sochi Olympics. 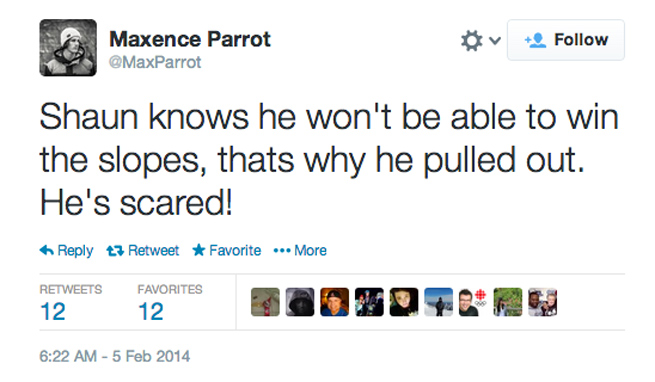