The U.S. women’s basketball team suffered its first defeat to a college program in 20 years, falling 93-86 on Saturday to Oregon, which is ranked No. 1 in the AP preseason poll.

The U.S. lacked some of its top bigs. WNBA MVP Elena Delle Donne, Brittney Griner, Tina Charles and Breanna Stewart were not part of the four-game, eight-day college tour.

The Ducks, led by senior triple-double machine Sabrina Ionescu, became the second college team to beat the U.S. after Tennessee’s 65-64 win in 1999. The U.S. has played 44 games against NCAA teams since 1995.

Ionescu, who scored 30 points, is also a two-time reigning U.S. national champion in 3×3, a new Olympic event, making her a possible choice for either Olympic team.

The Americans are on a 46-game win streak between the Olympics and FIBA World Cup dating to 2006.

Oregon wide receiver Devon Allen had an Olympic-themed celebration planned for his first touchdown since 2014.

Allen, who finished fifth in the 110m hurdles in Rio, cleared two more invisible hurdles in the end zone after his 77-yard scoring catch in Oregon’s 44-26 win over Virginia on Saturday night.

“I wanted to do something to incorporate the whole Olympic hurdle thing, and I think that was the best thing I could have done on a touchdown,” Allen told media. “It was pretty funny. My teammates got a kick out of it, too.”

Allen said he had been planning it for about a week.

“I was going to do it last week if I scored,” said Allen, who didn’t catch a pass in the season opener the previous Saturday. “It’s kind of a bigger stage this week because it was on ESPN. I think it was a little bit more funny.”

Allen, a 21-year-old junior, caught four passes for 141 yards Saturday, his best output since the 2014 season, one that ended with a torn ACL on the opening kickoff of the Rose Bowl.

Allen appears unlikely to continue his NCAA track and field career, but that doesn’t mean his hurdling days are done.

HIGHLIGHT | Devon Allen to the house, with a hurdles celebration to cap the touchdown! #GoDucks #UVAvsUO pic.twitter.com/jkrEeho4Vs 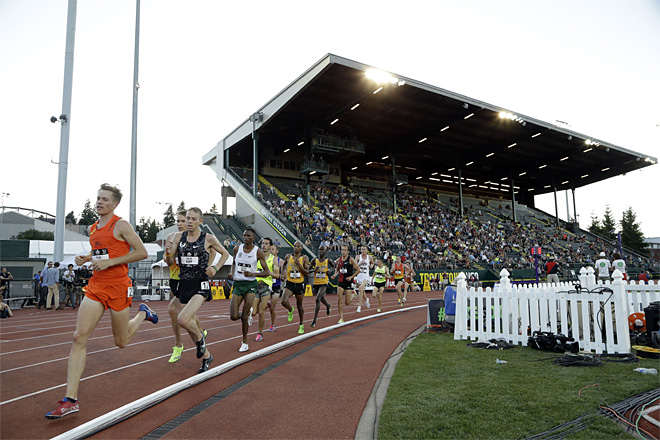 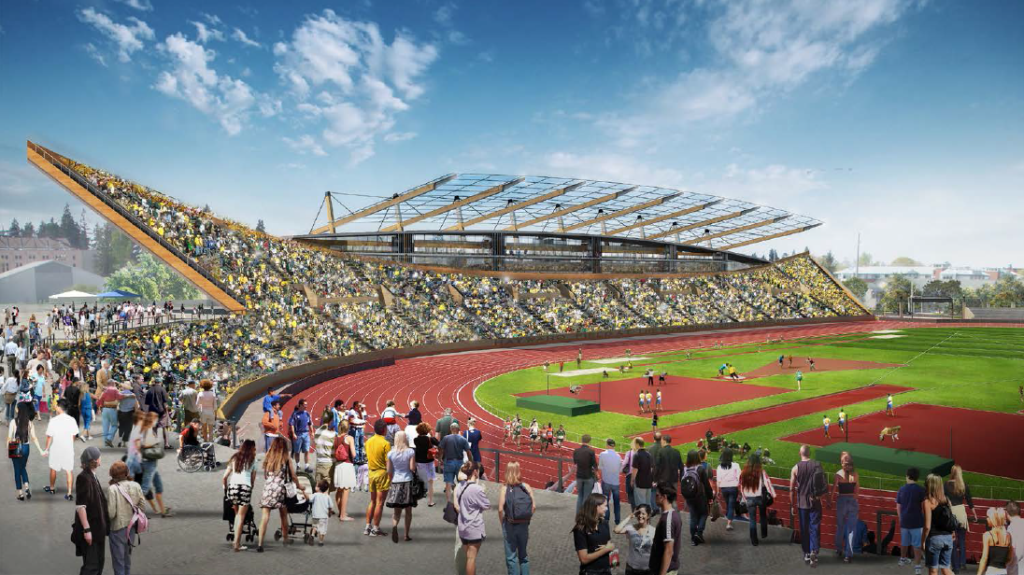